I spent some time in the meadow flowers with Hachi this week. 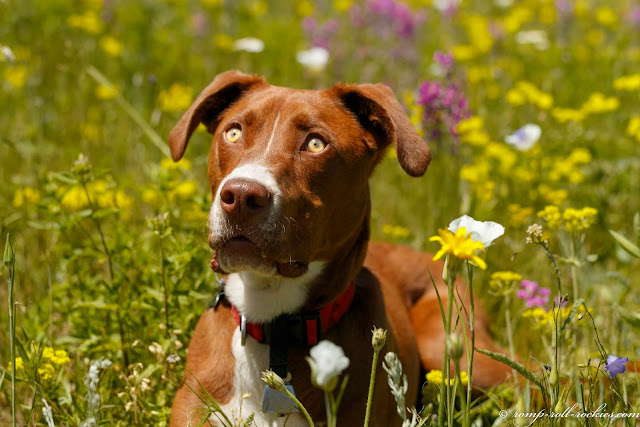 He is such a sweetie when we spend our special time outside together.

We played the game of me tossing him treats to snarf out of the air. He hadn't learned that trick yet. My camera told me why - he closed his eyes as the treat came toward him. 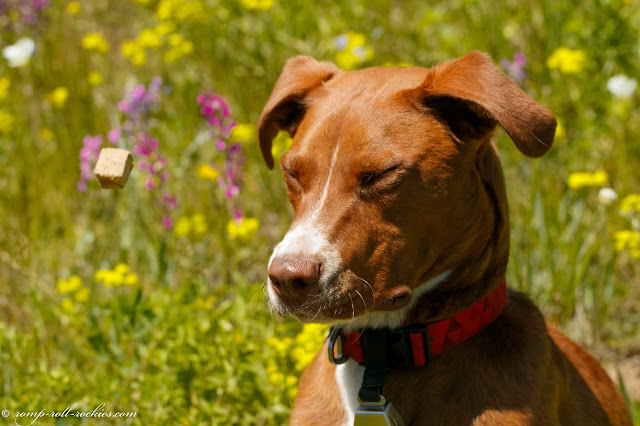 It was so cool to see him learn how to do it within one photo session. He stopped closing his eyes and started tracking the treat instead. 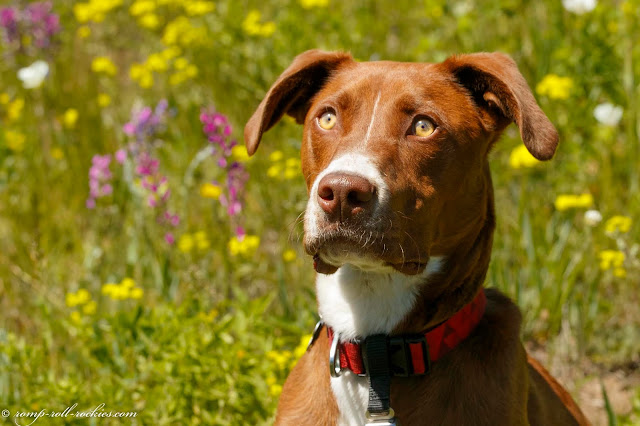 Then, for the first time in his life, he snarfed his a treat out of the air. 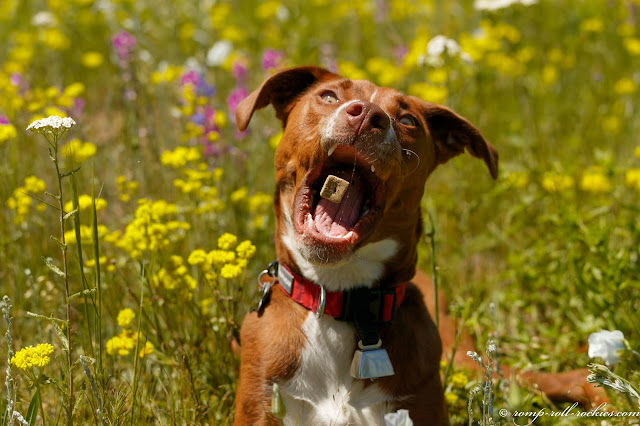 In addition to the silly trick of snarfing treats, Hachi continued improving when he saw strangers when out and about.

He did well with R outdoors when wearing his muzzle. They took nice walks side-by-side and interacted nicely. However, he did not do well with interacting with R inside the house. Hachi was always wearing his muzzle during these interactions so there was no physical harm done. However, my spirits were damaged by these skirmishes.

Like so many other people coping with a damaged dog, our weeks will not always be filled with rainbows and unicorns. We will keep trying to figure out how to better rehabilitate Hachi. Despite his issues, he can be a heart-melting sweetie.