Yesterday, I was in the zone, pedaling hard through the forest on a narrow trail. I glanced to my right, and I saw a brown butt and a black butt galloping parallel to me. The thought flitted through my mind, "That's odd. I thought that I left the Labraduo at home.". Then, I realized that the butts were not Lab butts but bear cub butts!

They galloped away from me fast. Meanwhile, my eyes sought out mom. She was very close, perhaps 20 yards from me. She stood strong, first watching her cubs' butts disappear into the forest. Then, she turned to examine me as she stood still and silent.

I took three steps away from her while hauling my bike with me. She watched me unwaveringly, still unperturbed.  After I stood still gazing back at her for five seconds or so, she turned and galloped after her cubs.

It was magical. Bears are my favorite wild animals, and I live for those moments of seeing them in the forest, away from homes. Seeing Mohawk and her cubs with my own eyes was special beyond words. I shouldn't have been surprised. We live in the heart of Mohawk's territory, She's been wandering the forest near our house with her cubs for the past month.

These photos were from a nearby spot. The first glimpse of the black cub in a photo answered an age-old question. Yes, bears poop in the woods! And, cubs like to mess with trail cams. 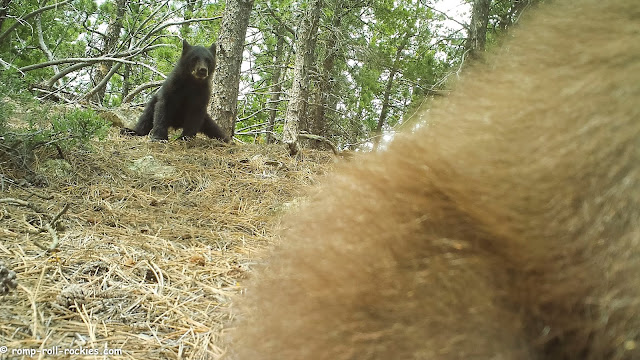 After finishing his business, Blackie joined the monkey wrench gang, rearranging my trail cam by the time he decided to move on. Here's a close-up of him. 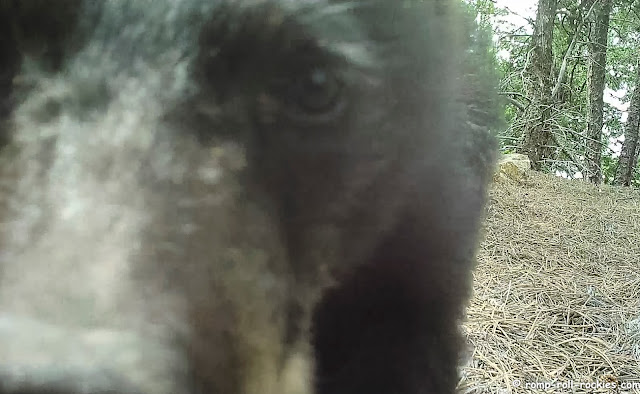 The cubs checked out a mountain lion scent marking spot. Brownie loves being bipedal. She seems to rear up onto her hind legs every time she's on video. 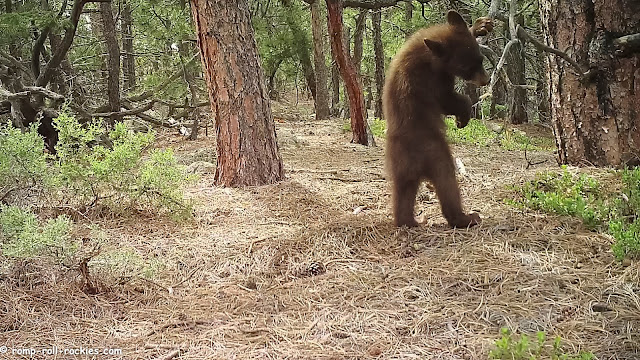 She and her sibling sniffed something together. 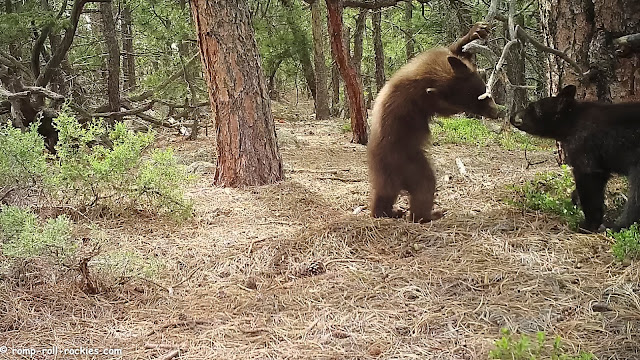 At a bear-marking tree, Brownie was standing tall again as she sniffed where so many bears have left their scents over this season and many before it. 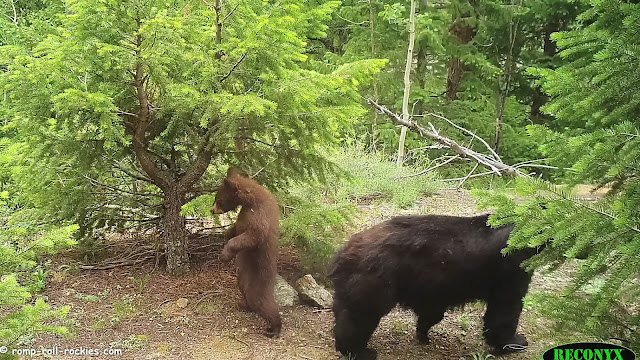 Check out the video of this precious pair of cubs. They melt my heart. I feel so lucky that this family is living in our neck of the woods! I don't think that Mohawk will take them very long distances in the quest for food this year so I am guessing that we'll be watching them until they go into a den.