A mountain lion on the tail of the bobcat family

You may remember the last vignette from the bobcat family's life. They visited a water hole. 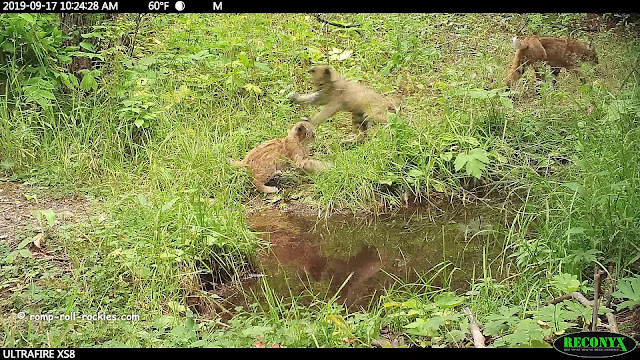 And then the kittens examined a mountain lion scrape a short distance away while mom was on the lookout. 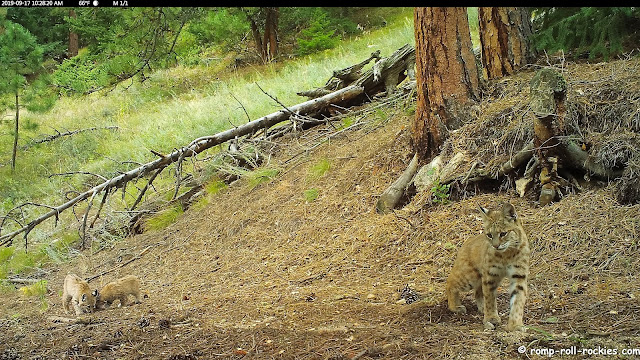 It turned out that a mountain lion was following close behind them. He arrived at the water hole about 45 minutes after them. He drank and drank... for about two minutes. 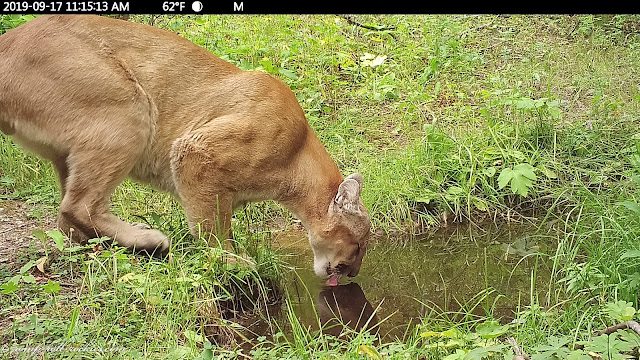 He is huge compared to the bobcats. 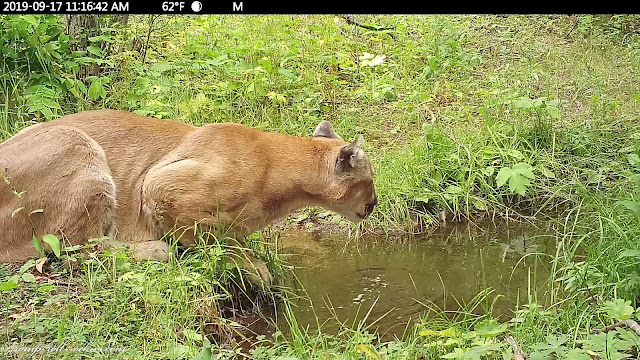 Then, he followed the same path as the bobcat family. Compare this photo to the one of the bobcats in the same place. The size difference is astounding. 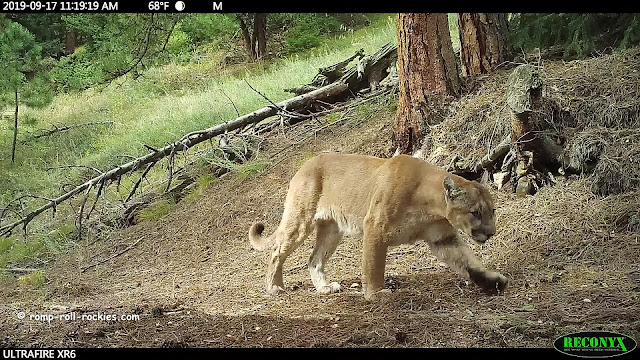 As you'll see in the video, this lion probably took a cat nap for 5 hours or so, and then he emerged about a mile further along our local cat trail.

I have no reason to think that he ever caught up to the bobcats but I'll update you when my cams see them again!

Here's a short video of the bobcats and lion.