We have a new home security company who sent a burly security guard to defend the perimeter of our land. He chases anyone who tries to come close to our land. He must be a little confused about his job because he also chases us when we try to go outside. 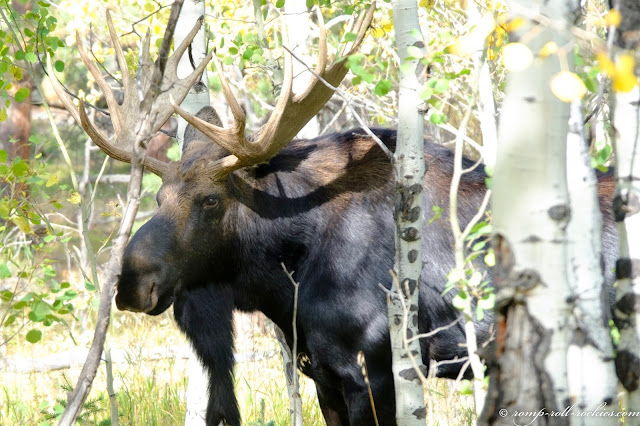 When he first started on the job, he had a younger sidekick who assisted him. But, when the cow moose started hanging around them, the big bull drove off this younger one. It is mating season, after all. 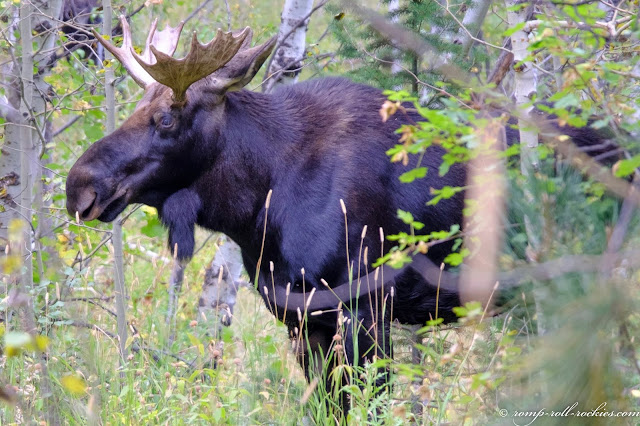 When he first was nearby, the big bull seemed relatively mellow. That changed within days. This was the first day that he chased me as I tried to exit our house. When I say "chased", I mean that he stared at me and started walking directly at me. I didn't stick around to find out whether he'd stop or not. 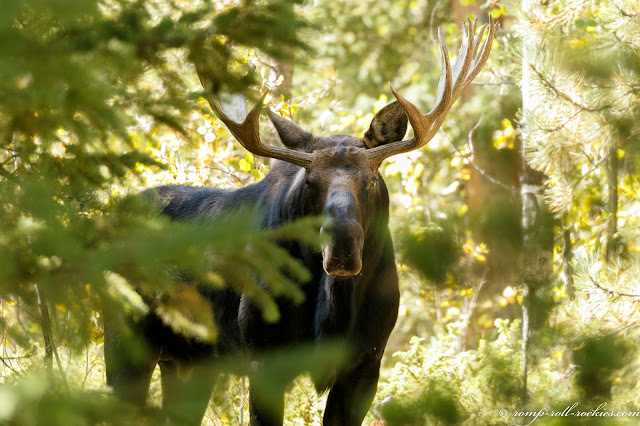 A couple of days later, he drove me into the house when I was out working on my garden. I first heard a snort from the forest nearby as I dug in the dirt. Then, I heard the sound of antlers hitting a branch. Very soon thereafter, he emerged from the forest coming straight at me. I sprinted inside.

After that, we named him "CrankyMoose", and we started reporting his location to each other so that we could give him a wide berth. My phone constantly changes his name to "CrankyMouse" in my texts which makes me laugh. It's the only funny part of having this moose around. He scares me.

He's had a series of girlfriends although I only have photos of his first girlfriend. I was much too scared of CrankyMoose to attempt any photos after that. Here, he gave me the hairy eyeball as he hung out with one of his many girlfriends. 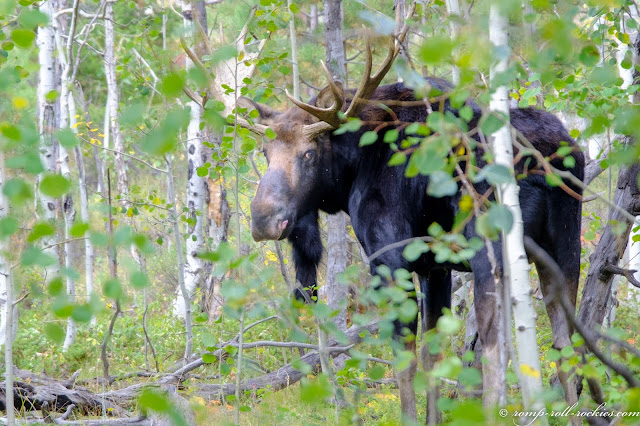 She was nestled in the foliage close to him. 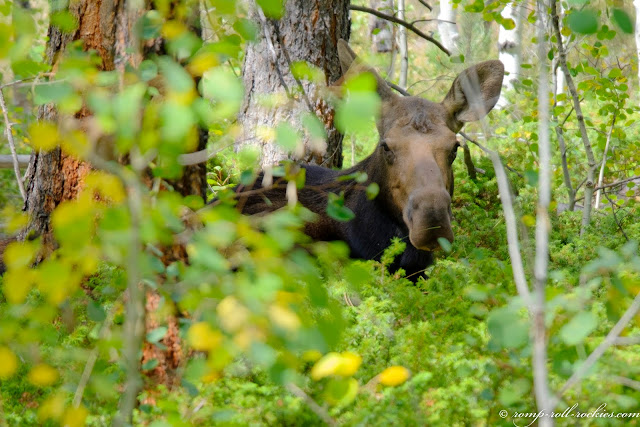 He seems to hang out with each girlfriend for about two days. Then, he takes a day or two to find the next one. He's especially cranky during his solo phases.

Unfortunately, he truly charged one person and his on-leash dog. I was told that the moose hit the person with his antlers and tossed him several feet. Thank goodness that the moose did nothing more. The person has scrapes and bruises, and the dog is limping. I am grateful because it could have been far worse. Bull moose are said to be the most dangerous animals in the forest during mating season.

I have footage of the bull moose in our area from trail cams. Please check out the video if you have time.