A Storm to Remember

I love our days in the high mountains. As I awaken, I sleepily shuffle out of the LabMobile and gaze around me, feeling utter happiness that I get to spend another day in my favorite part of the world with my Pack. 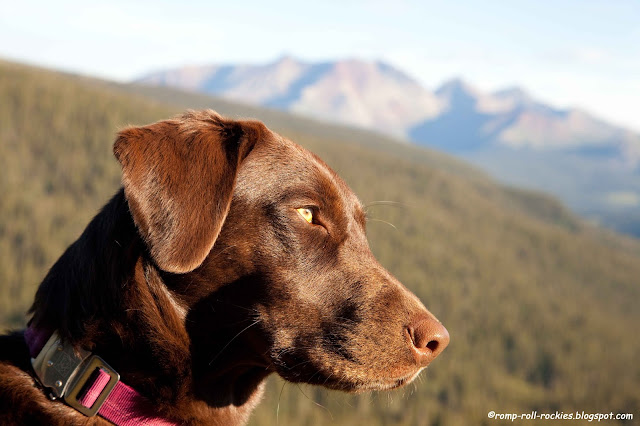 On one day near the end of our trip, I started the day with a short mountain bike ride with Shyla. She's becoming a trustworthy trail companion... and I can't tell you how much I love having her by my side. We kept the ride brief since she was still recovering from her upset tummy.

Then, I headed out to ride to a mountain pass on my own. As I rode, I could feel the restless breeze shifting from one direction to another. And, I could see the clouds building. I could feel that Mother Nature had something big in store for us. 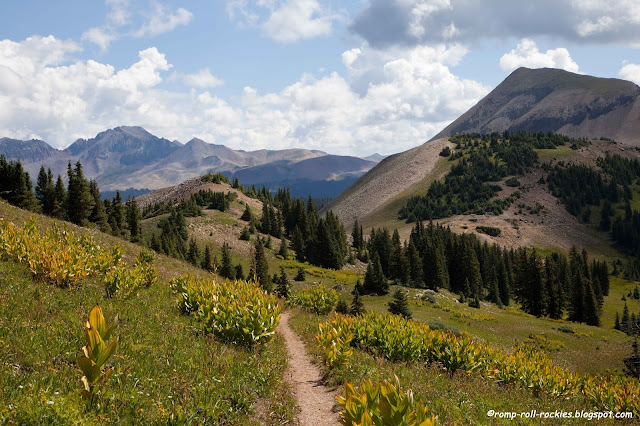 I hustled, pedaling hard to make it to the viewpoint ahead of the weather. 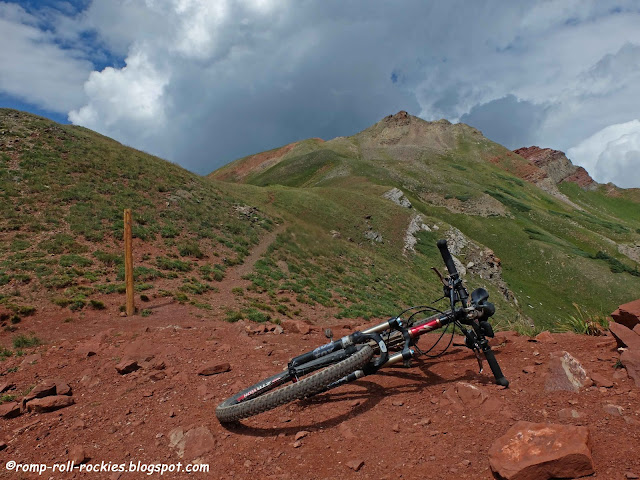 As I took in the panoramic view, I realized that two major storms were closing in on me from the north and the south. I put the pedal to the metal, racing Mother Nature back to camp.

As I rode, I came upon a couple of hikers who were hiking the entire Colorado Trail from Denver to Durango. They'd been living on the trail for more than a month. They were happy and upbeat, and seemed to want to chat idly for a long time. I mentioned that the air felt like "all hell was about to break loose", and they laughed, saying that the storms were going to miss us. Despite their forecast, I bid them "Good Luck" and continued my sprint back to camp.

As I arrived and propped my bike against the LabMobile, all hell did break loose in the form of snow, hail, rain, wind, lightning, and thunder. It went on for hours and hours. The clouds had surrounded us so we couldn't see further than 10-20 yards from camp.

Then, around dinnertime, the swirling inpenetrable clouds suddenly lifted, and we were astounded by the sight of the world around us. 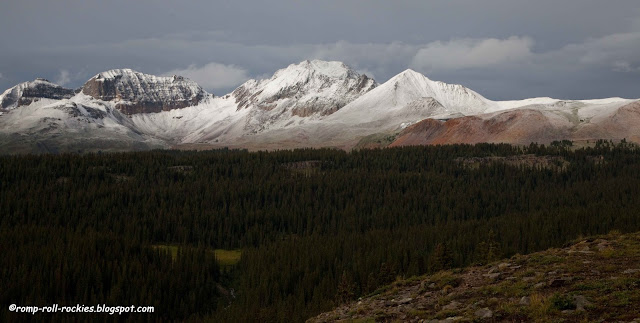 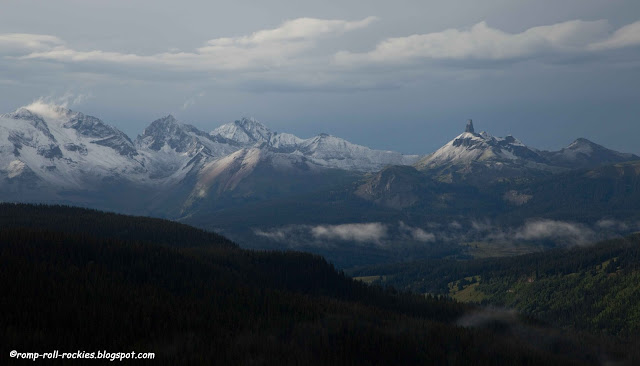 It was gloriously beautiful, especially with handsome R in front of the snowy mountains! 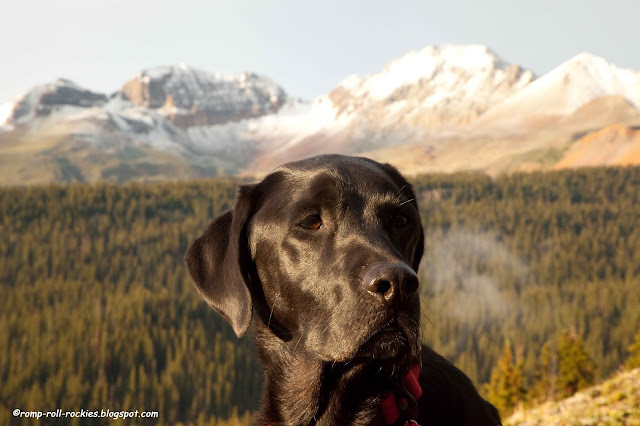 Obviously, the snow hadn't "stuck" to the ground right where we were camping but it had in nearby places. And, the sun even shined for a brief period, making the snow on the mountains look even more beautiful. 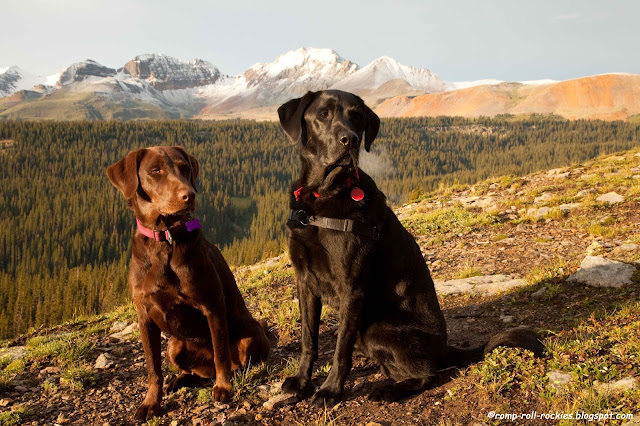 But, the warmth of the sun was brief. As we stood on our perch, the clouds started flowing past us for the southeast and southwest, forming streams of misty air. And, the temperature plummeted. It went below freezing that night. 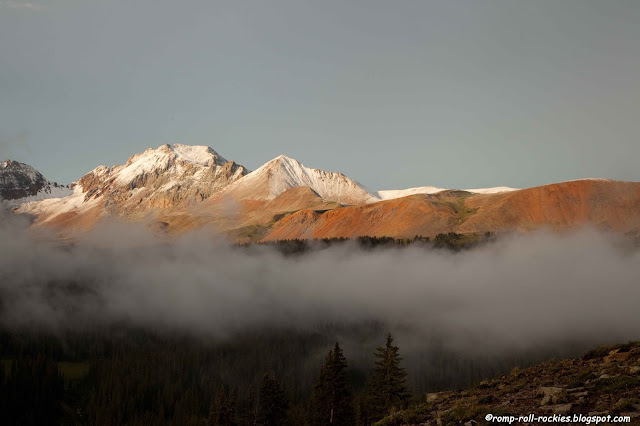 Watching the clouds flowing around the mountains and our campsite was better than any movie I've ever seen! 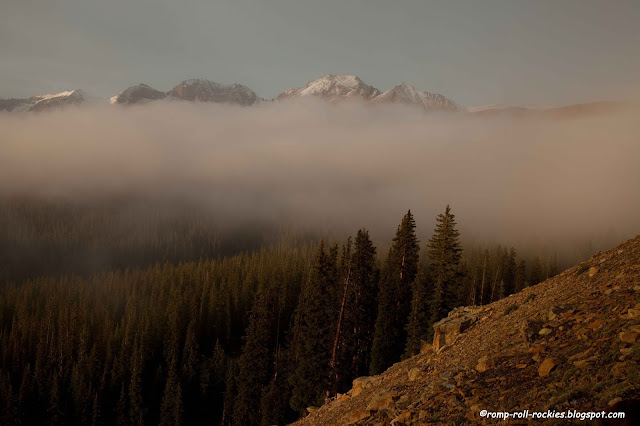 Then, as the sun set, it turned the clouds to gold. 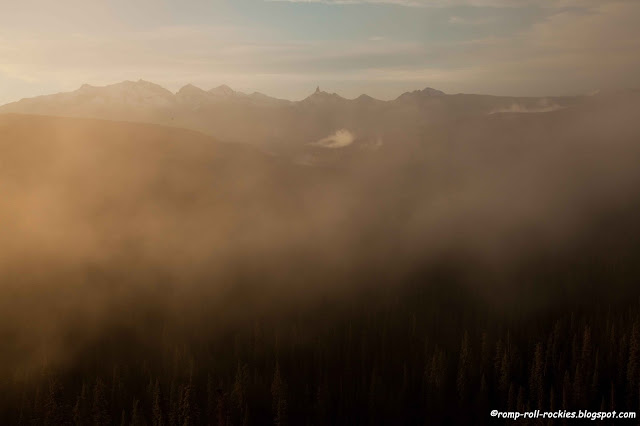 The light was surreal. It was a warm and golden light from the setting sun being filtered through the clouds. 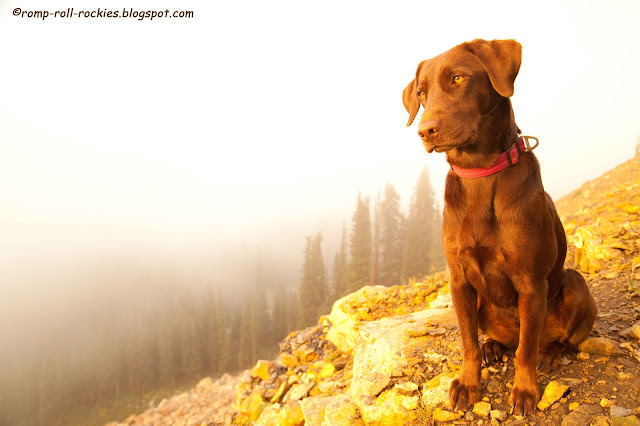 Then, the sunset painted the most beautiful picture through the clouds. 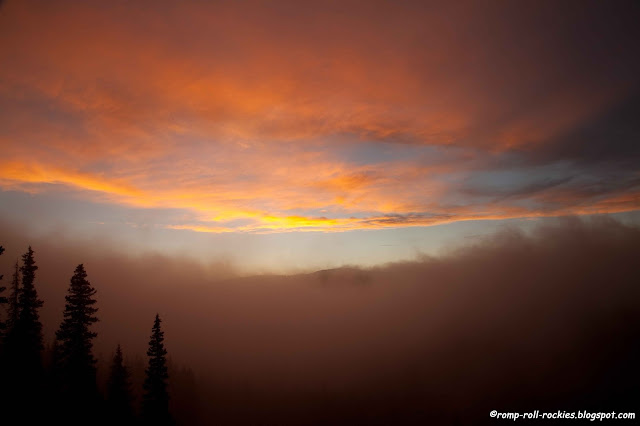 At dusk, the light faded with the Lizard Head (the pointy mountain) peeking through the clouds. 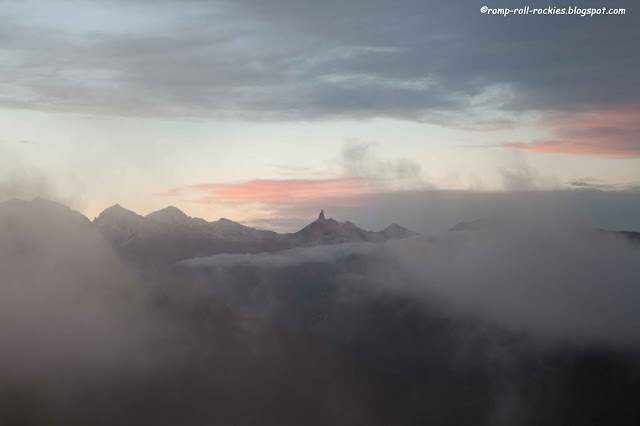 Despite all the time we spent as captives in the LabMobile during that stormy day, it was one of the most wonderfully wild days I've ever lived through in the high mountains. It reminded us of who is the boss, and it's Mother Nature, not us. 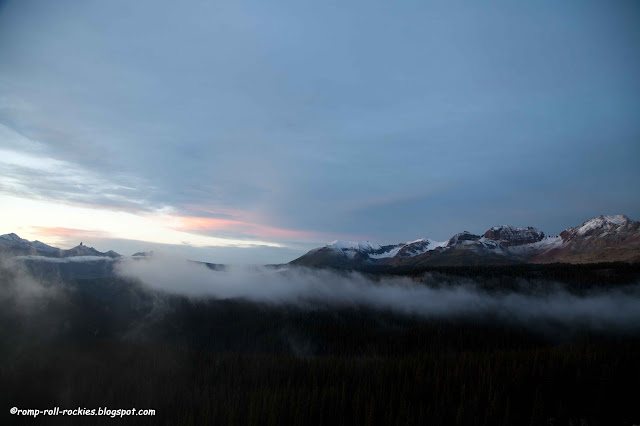 What a glorious world we live in!
Posted by KB at 5:24 PM