During our trip, we decided to spend some time in a new place where we'd never camped before or explored the trails. Things went a bit astray while we were there.

The weather continued to be tumultuous, with flash flood watches and lots of lightning. We were camped in a spot where the fog tended to settle. 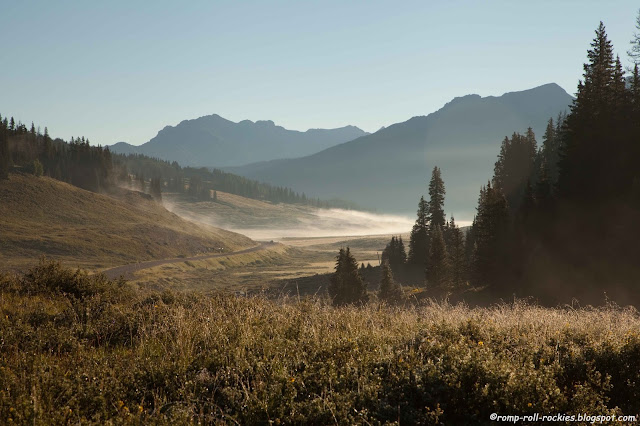 It even got cold enough for our first taste of snow. Believe it or not, this was just a touch... there would more later in the trip. 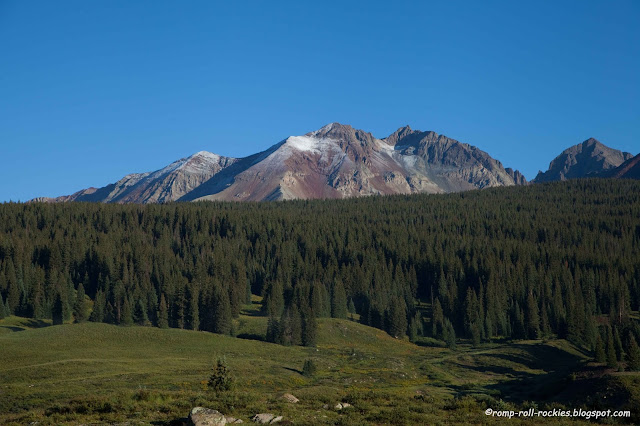 On our first morning in the new spot, we awakened to hear Shyla doing the "freight train" sounds that come before vomiting. We managed to get her out of the LabMobile before we had a big indoor mess to clean up. When we went outside as she vomited, we saw that the LabMobile had a flat tire. It wasn't shaping up to be the greatest day of the trip, and the sun hadn't risen yet.

Alas, by lunchtime, Shyla had vomited about 15 times. She seemed forlorn and exhausted. It was time to find a vet before dehydration became an issue since Shyla couldn't even hold down water. Fortunately, the Runner had already put the spare tire on the LabMobile so we were able to go.

We quickly packed up the LabMobile and headed to the nearest town. Ironically, as we'd driven through it previously, the Runner had pointed out where the local vet hospital was. I'd laughed and said "but we don't need a vet!". Ha - the joke was on me.

We lucked out, and the vet could see us right away (even though we couldn't call ahead due to no cell phone service). On the way there, R had started drooling like an open faucet so we brought him to be examined too. The vet gave Shyla some fast-acting meds to stop the vomiting, and she gave both dogs antibiotics for their guts. She also sent us away with fluids to give Shyla subcutaneously if she became dehydrated. The vet was a little worried that Shyla had an intestinal obstruction, which would have meant that she'd keep vomiting despite the meds... 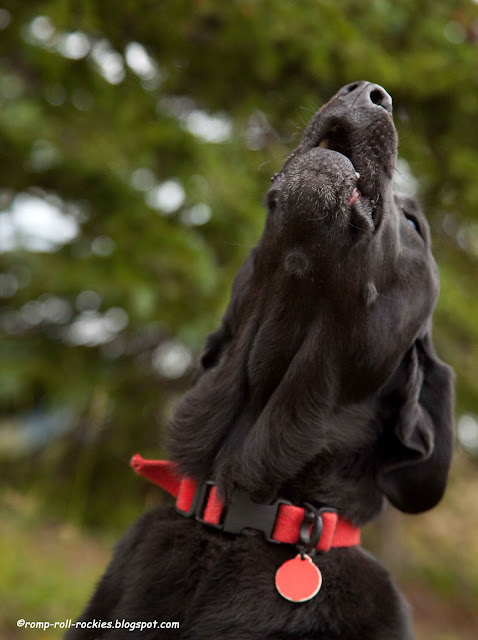 We were all overjoyed. 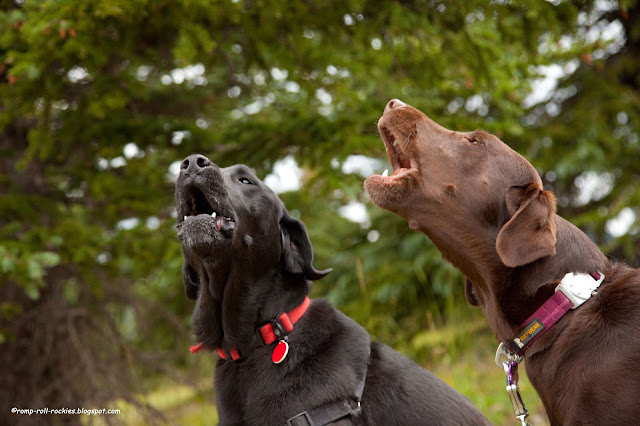 And it snowed, a lot, at just slightly higher elevations than where we were camped. But more about that later! 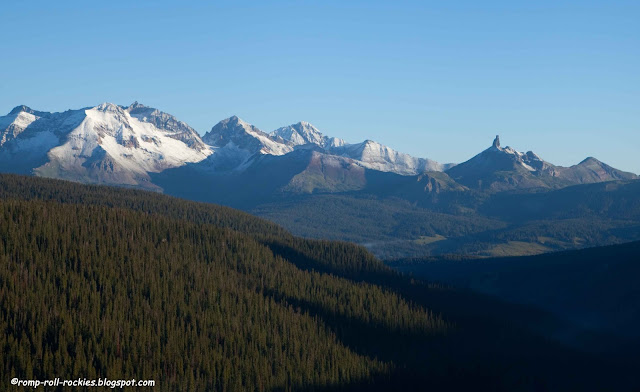 I think it's the earliest that I've ever encountered a substantial snow even high in the Rockies. 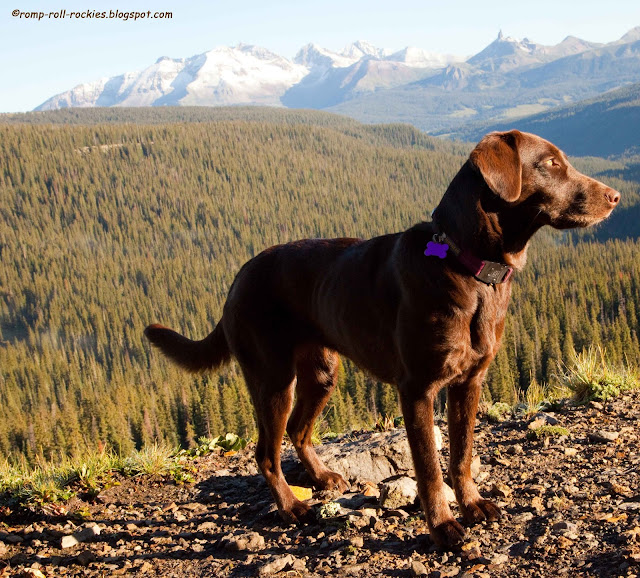 Shyla and the rest of us were happy again!
Posted by KB at 7:02 PM