While I was in the high mountains, the mother bears and their cubs were enjoying an incredible berry season. The size and abundance of all sorts of berries exceed any recent season. I personally love the raspberries, which are usually tiny, but are almost as big as store-bought raspberries this year.

Perhaps partly due to the abundance of food, the mother bears and their cubs have been very relaxed lately, playing in front of my cameras. 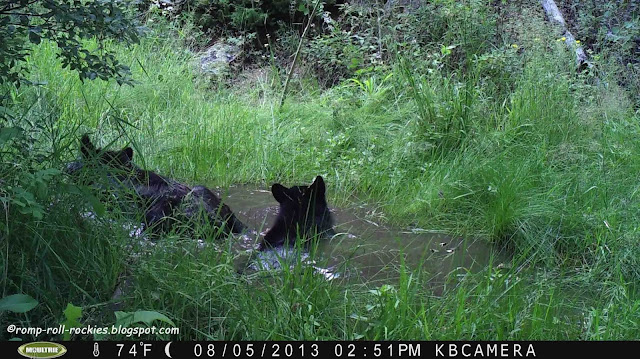 My cameras have captured video footage of the play at two different springs. Some of the play was by Mabel and her cub, while Cinnamom also played with one of her cubs. The two sows seem to have gone back to their original territories with the springs shown in the video being close to the dividing line between them.

You can watch the footage here or at Youtube.


Our world near home is still beautiful and bathed in the warmth of summer, as you can see in last night's hazy sunset. 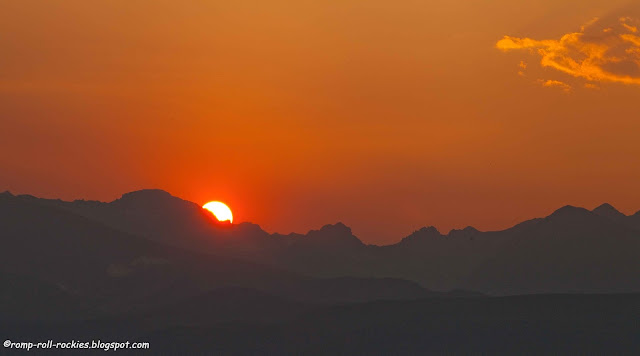 As a last note, I promise that I'll stop reminding you about the trail camera photo contest that I entered very soon (the last date to vote is 8/18/13). You can read about the contest and how to vote in the last paragraph of a previous post. Since only one vote per email address is allowed, there's no need to try to vote a second time! Thank you for your support!

I'll tell you more about our alpine trip in the coming days.
Posted by KB at 6:52 PM