Finding a fire and seeing a sunrise

Yesterday had some unexpected "excitement". After I rode on the trails with Shyla early in the morning, I headed out on my own. As I pedaled along in dense forest that is remote and unvisited by people, I suddenly smelled intense smoke. I screeched to a halt to investigate.

We've had almost daily intense lightning storms. On Saturday, we had more than 100 ground strikes in a fairly small area near our house. So, I was worried about a lightning-triggered fire that was just flaring up yesterday (Monday) morning. I explored the are a bit more, and the smoke would billow up and then disappear. It was in the densest and steepest forest area near our house so a fire there would be a disaster.

I decided to call the fire department. The first firefighter to show up and I hiked to the smoke and then searched for the fire. Based on the quantity of smoke, the authorities decided to send a chopper to help find the fire. So, as we searched, a chopper was hovering over us. Eventually, we found the fire. 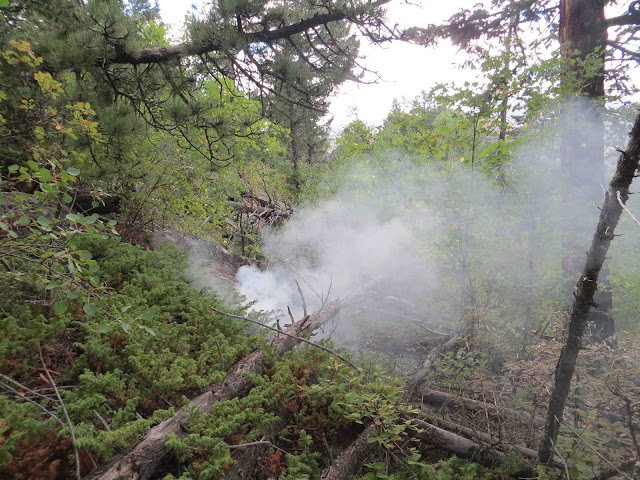 The actual burning section obviously wasn't big. However, it looked to me like the fire had crept up the hill for a while burning everything on the ground in its path. I hate to think what might've happened if no one had found it before it took off. 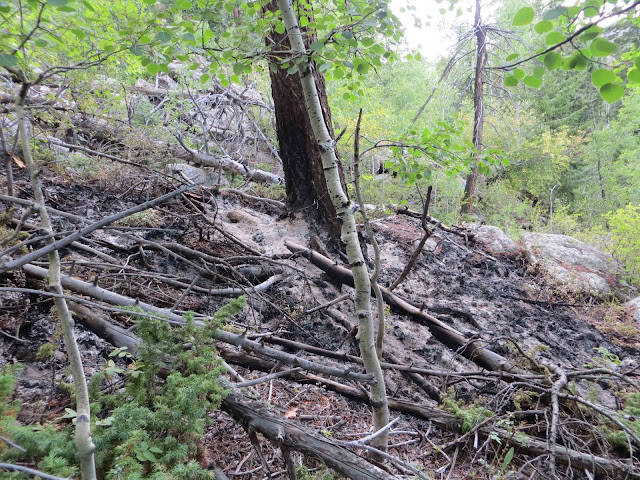 The whole thing took a really long time. I'd started my bike ride in the morning, and I didn't get home after the fire until 3:30 in the afternoon! I was tired and hungry! But, what I did was nothing compared to what our volunteer firefighters do regularly.

Today, crews were still monitoring it, just because there is so much fuel on that steep slope. As far as I know, the fire is still quiet.

Fortunately, it rained very hard overnight, helping prevent the fire from flaring up. The forest was soaked this morning. 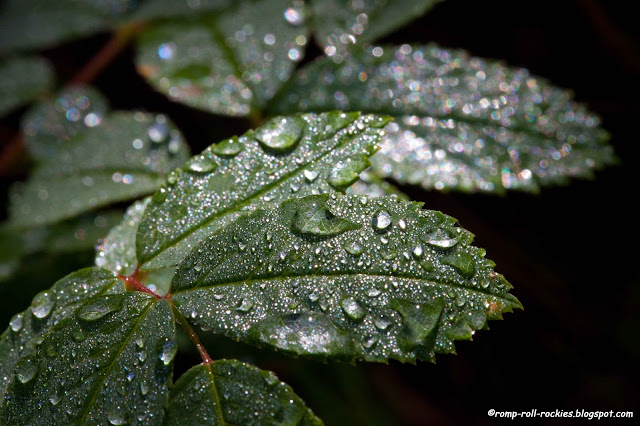 Shyla and I made it out in time for sunrise this morning, and her fur was wet just from running through the forest. 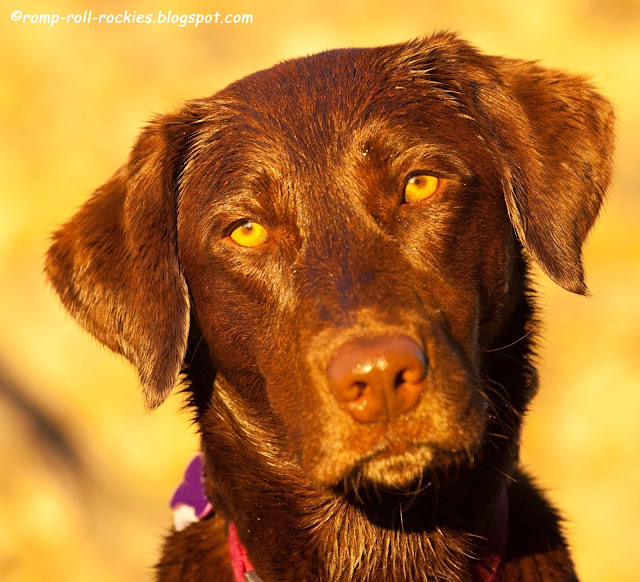 She and I were both happy to be out for our first sunrise of the autumn season! (Sunrise is too early for me in mid-summer). 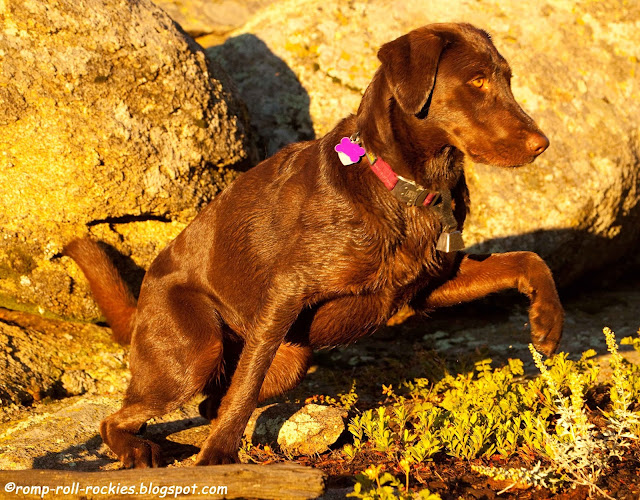 Last year, when she first joined our family, she chose one boulder as her favorite place for sunrise. She remembered to visit her boulder this morning, and she looked noble while gazing over the meadow from it. 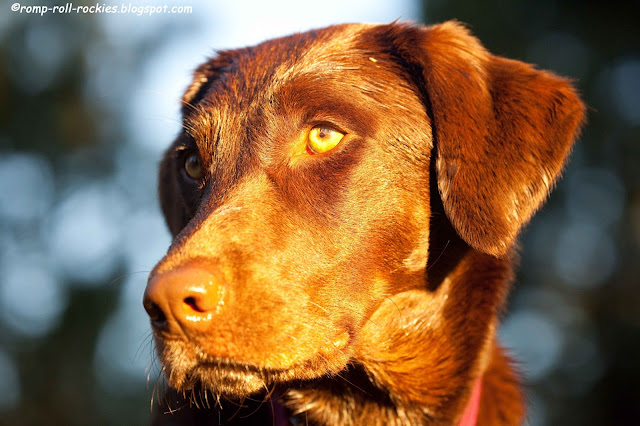 Then, I rode and Shyla galloped through the wet and cool pine forest. The morning sunlight is getting richer and deeper as we move toward autumn. 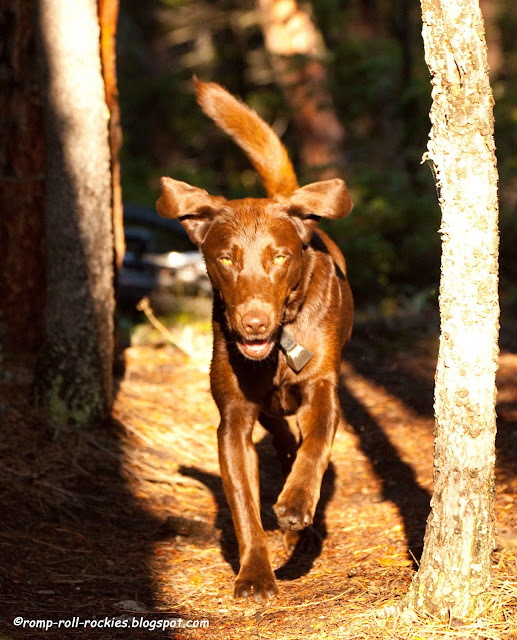 And, the sky looked fiery at sunset - but thank goodness that the color wasn't actually from a fire! 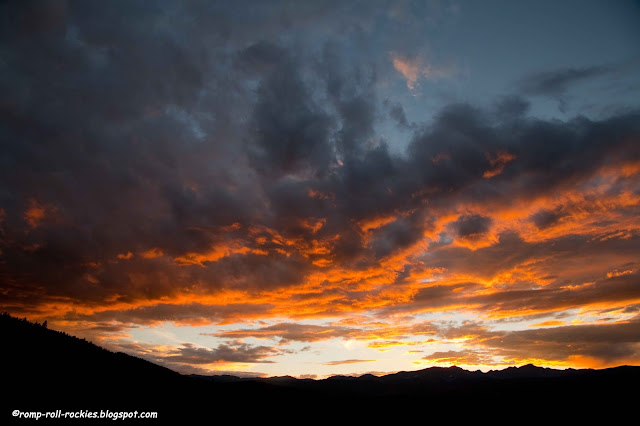