This morning, I saw the gray day outside and turned over to go back to sleep. Eventually, Shyla and I headed out for a snowbike ride as the leading edge of a big snowstorm hit us. 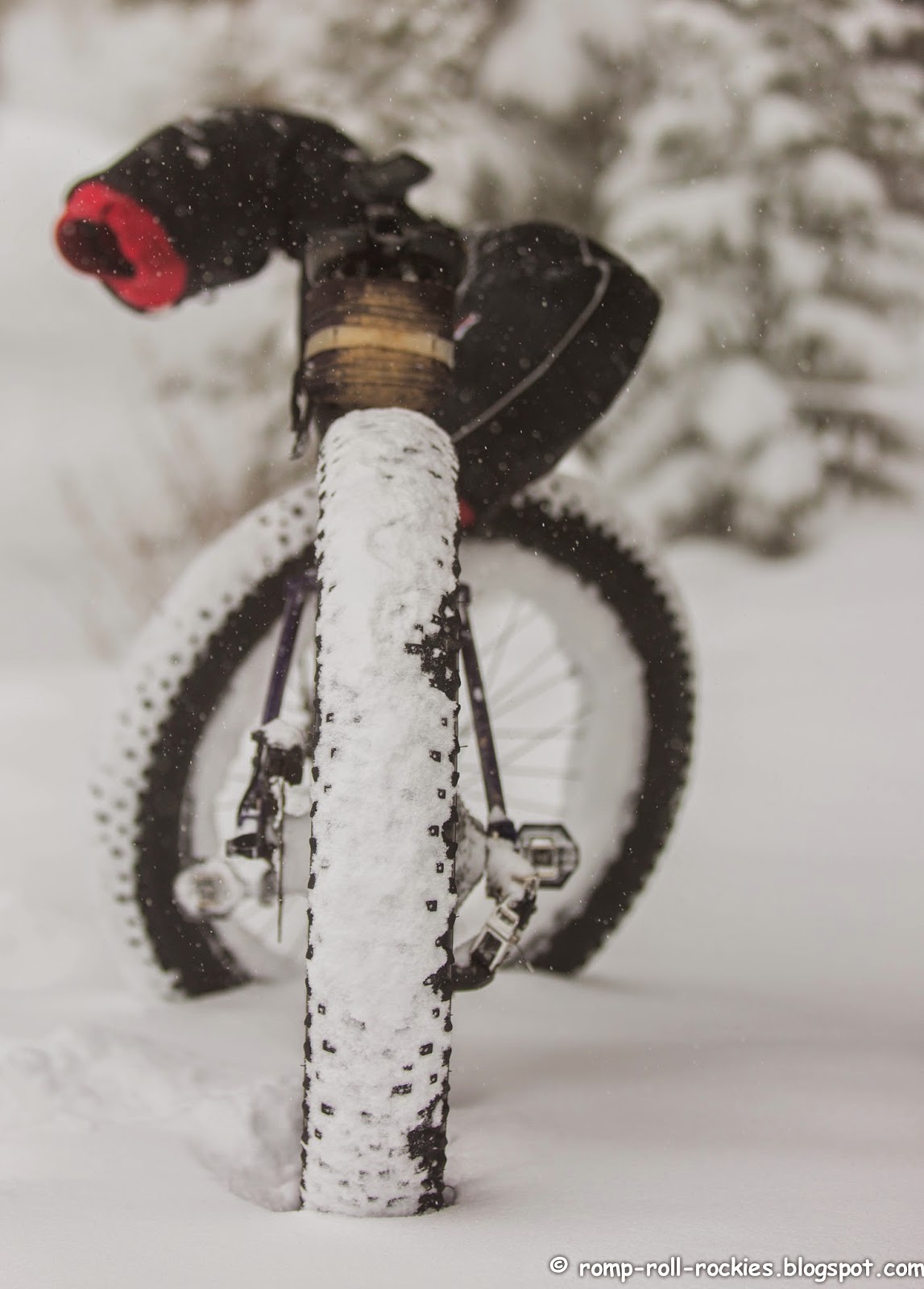 It is hard to predict how much snow we'll get, partly because we're so close to the Continental Divide. I've seen a wild range of predictions from 10" to several feet.

While Shyla and I were out in the forest, we were sometimes engulfed by clouds and then, just as fast, they'd blow away. It had already been snowing lightly overnight and all morning. The world looked very wintery even before the main part of the storm hit! 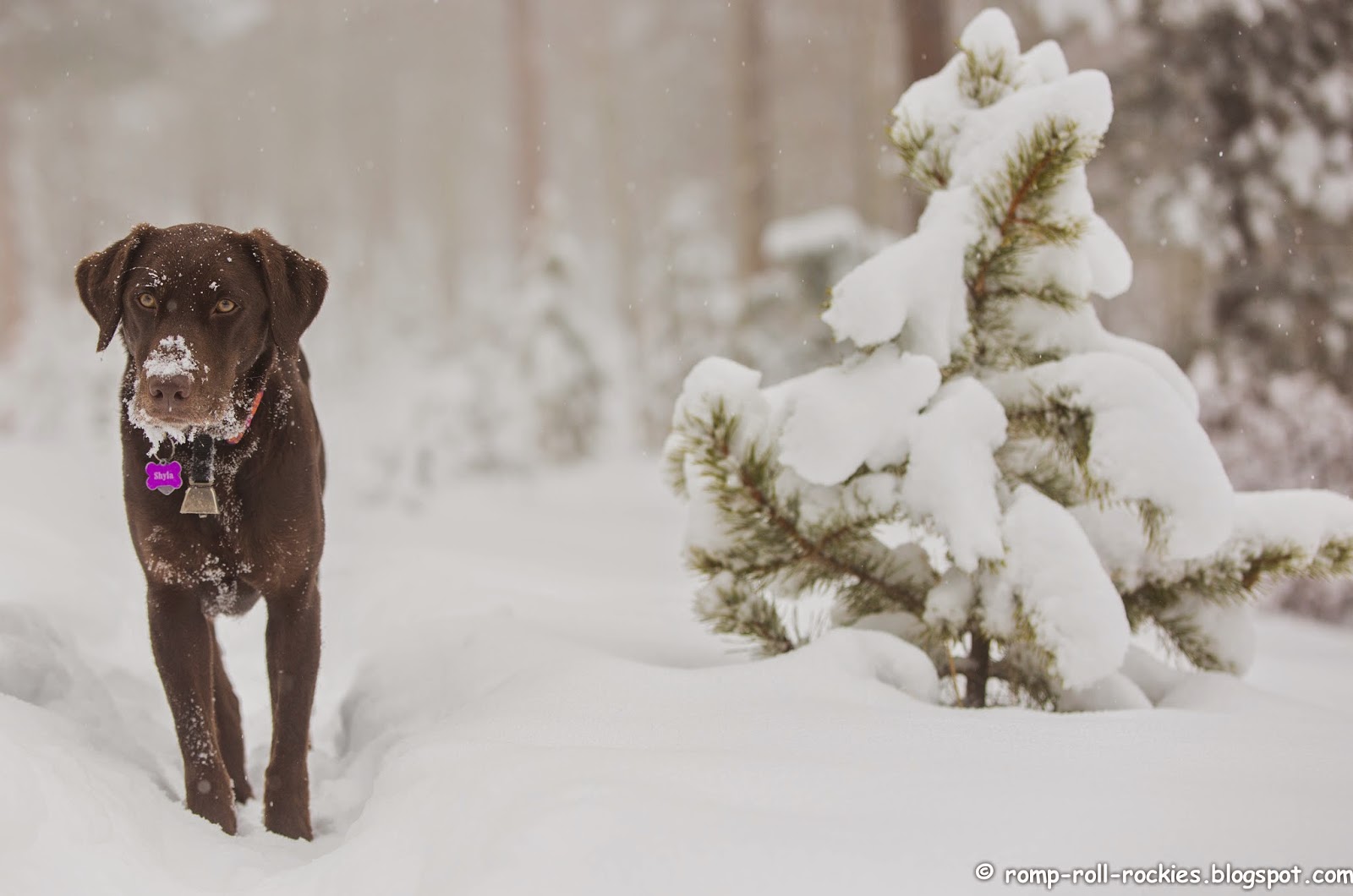 Because I'd slept late, we were riding later than usual and ran into a group of off-leash dogs for the 4th day in a row. Usually, because we get out early in the morning, we see other people and dogs about once every 2 or 3 weeks.

We were on a side trail, approaching the main trail as the dog pack came into view. The group started sprinting toward us. I raised my hands like a traffic cop, and firmly told them to "stop". To my disbelief, they did! Meanwhile, Shyla lay down in the snow behind me, hiding by flattening herself into the snow. I don't think that the dogs ever saw her.

In fact, even I didn't know where she was. I chatted very briefly with my neighbor, and then I said that I needed them to depart so that Shyla would come out of hiding. As they left, I looked directly behind me, and voila - she was lying about 10' behind me, immobile in the snow. Shyla waited to lift her head until the whole group was moving away from us. 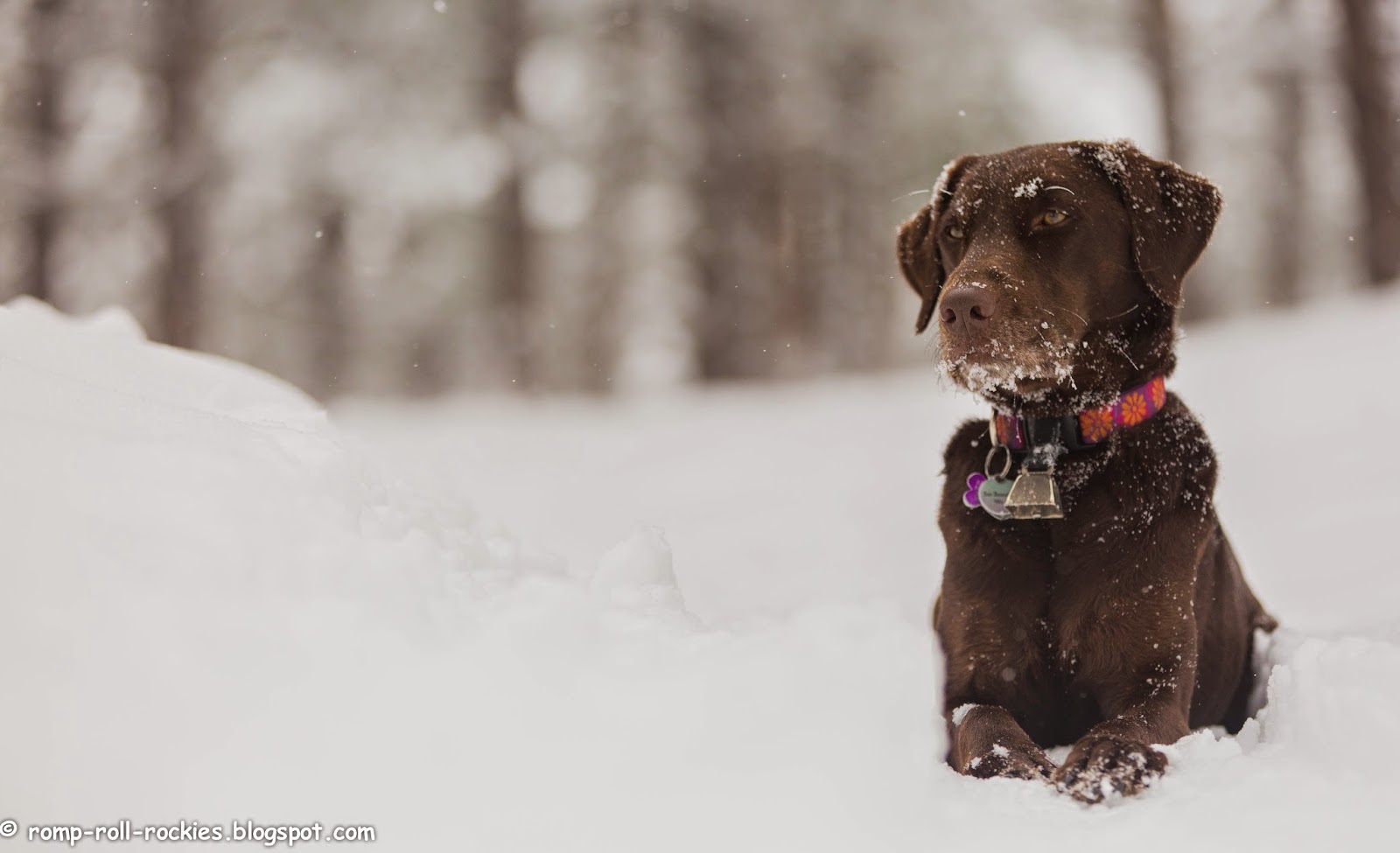 And then she ran to me as the group vanished into the clouds and snow. 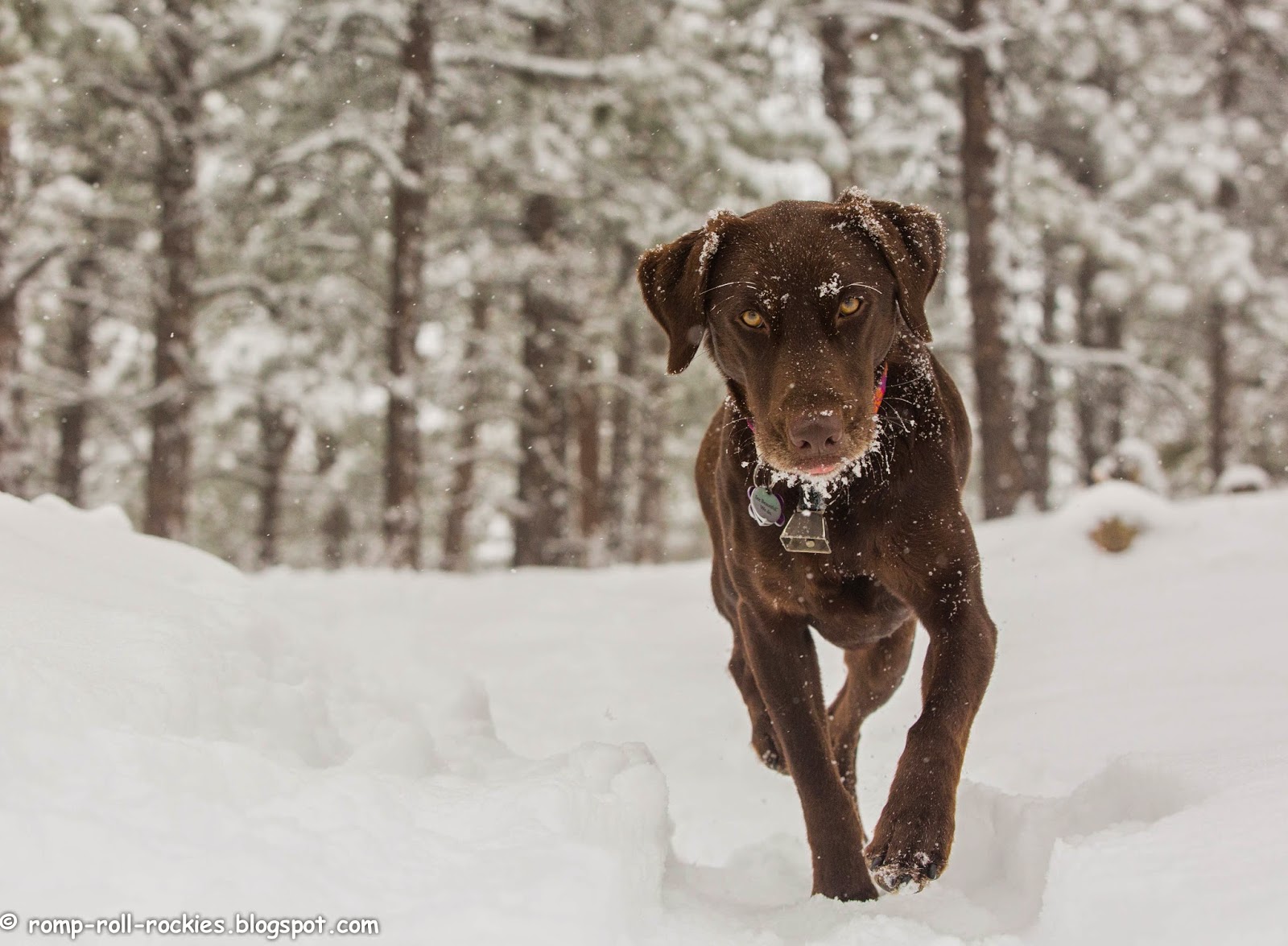 I congratulated her on an excellent hiding strategy, and then we played with a toy to help her forget the group. 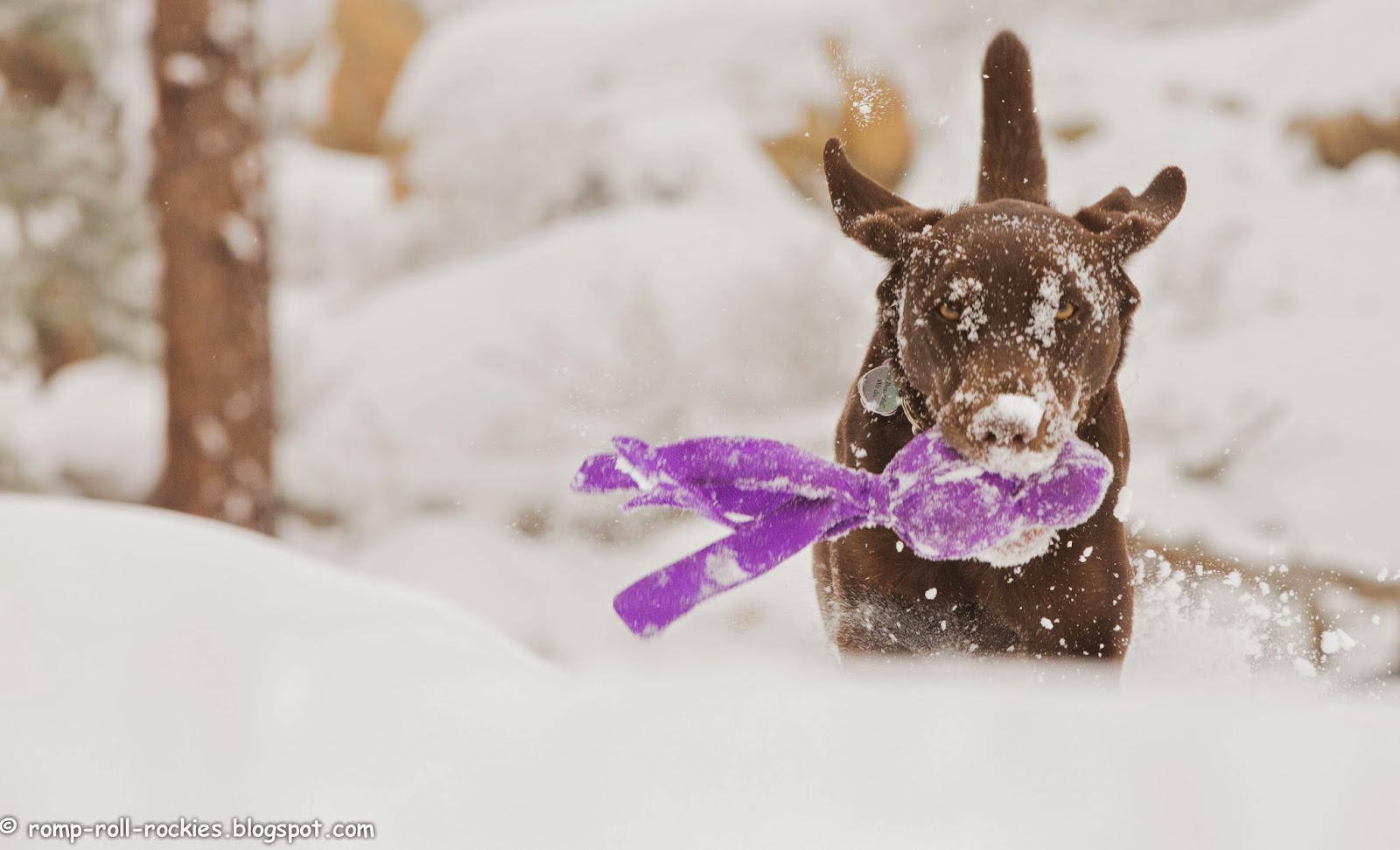 She played so happily. She took one leap so high that it looked as if she was levitating. 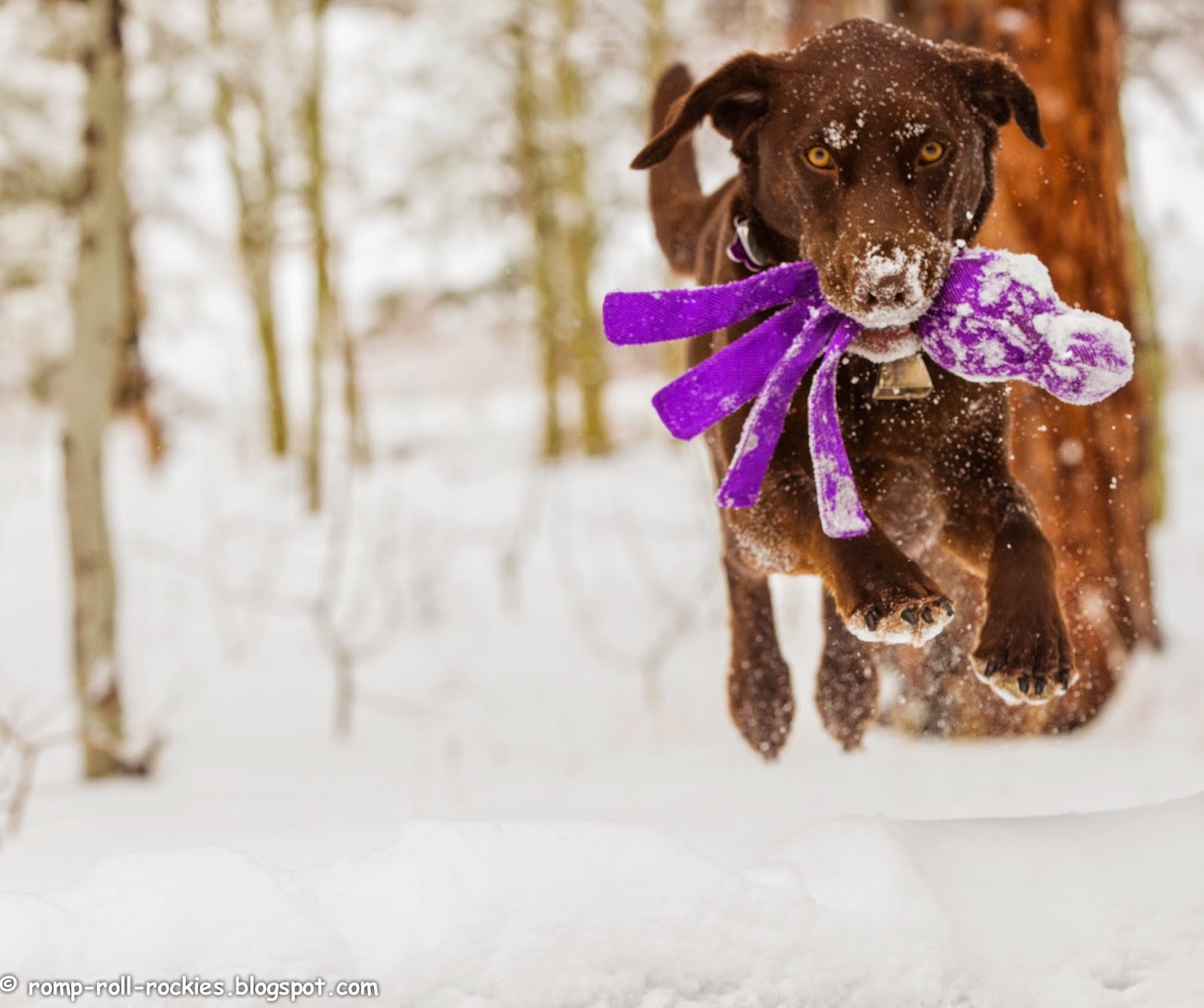 Shyla doesn't get very rattled as long as off-leash dogs don't get too close to her. I wish that every meeting would go as well as it did this morning.

Now, we are sitting by the fire, watching the white-out outside. We had planned to go to a concert tonight but we've decided that driving our mountain road would be too treacherous. Moreover, just minutes ago, a key part of our route was closed due to accidents. So, we'll stay here cozy and safe while we watch our snow storm.
Posted by KB at 5:04 PM