The snow storm has not disappointed us. Shyla had already fallen into a drift within 100 yards of our house, and her face was covered in snow. 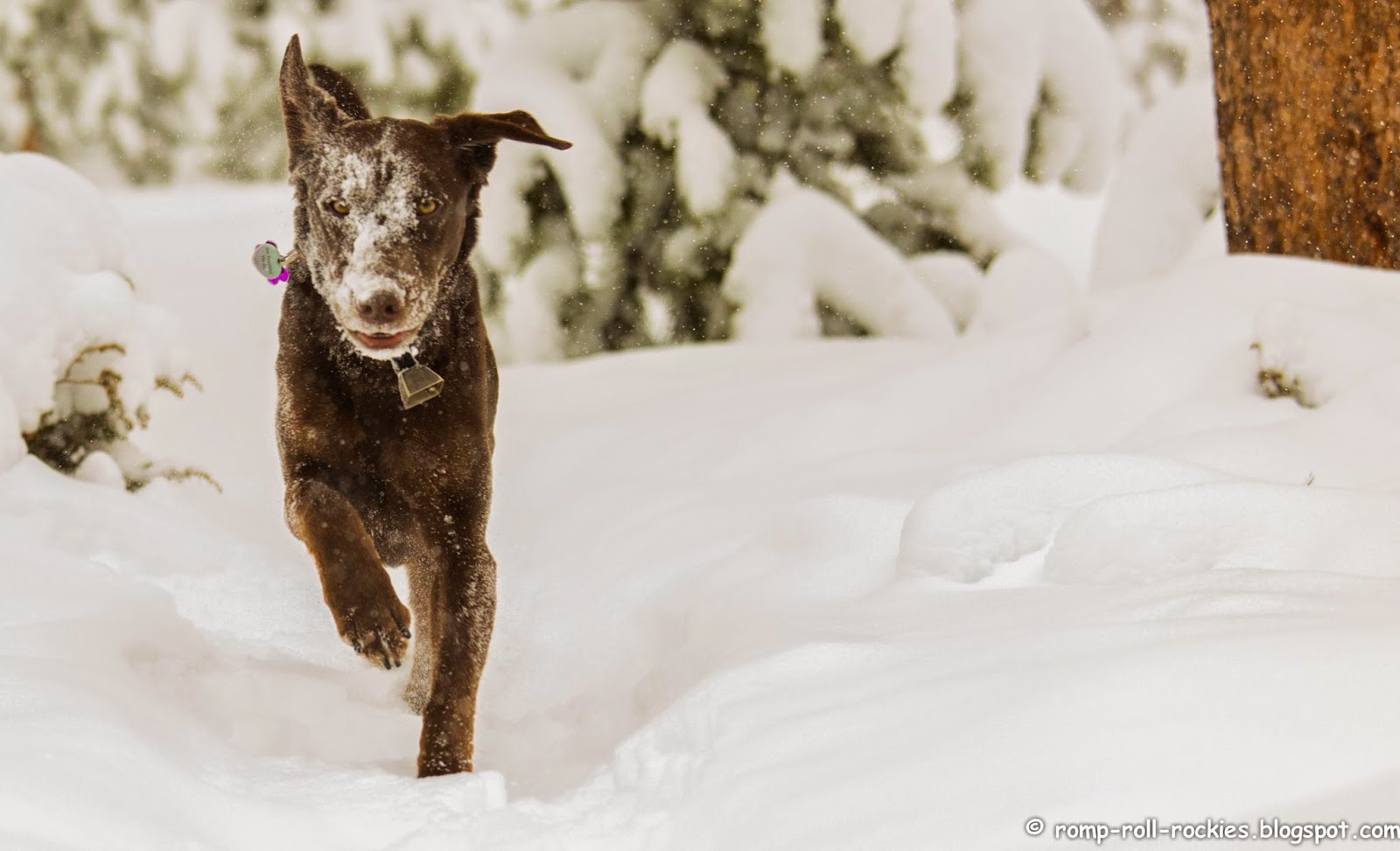 It's hard to guess how much has fallen so far due to how much snow was already on the ground. However, I can say with certainty that this is the most snow we've had on the ground so far this winter. 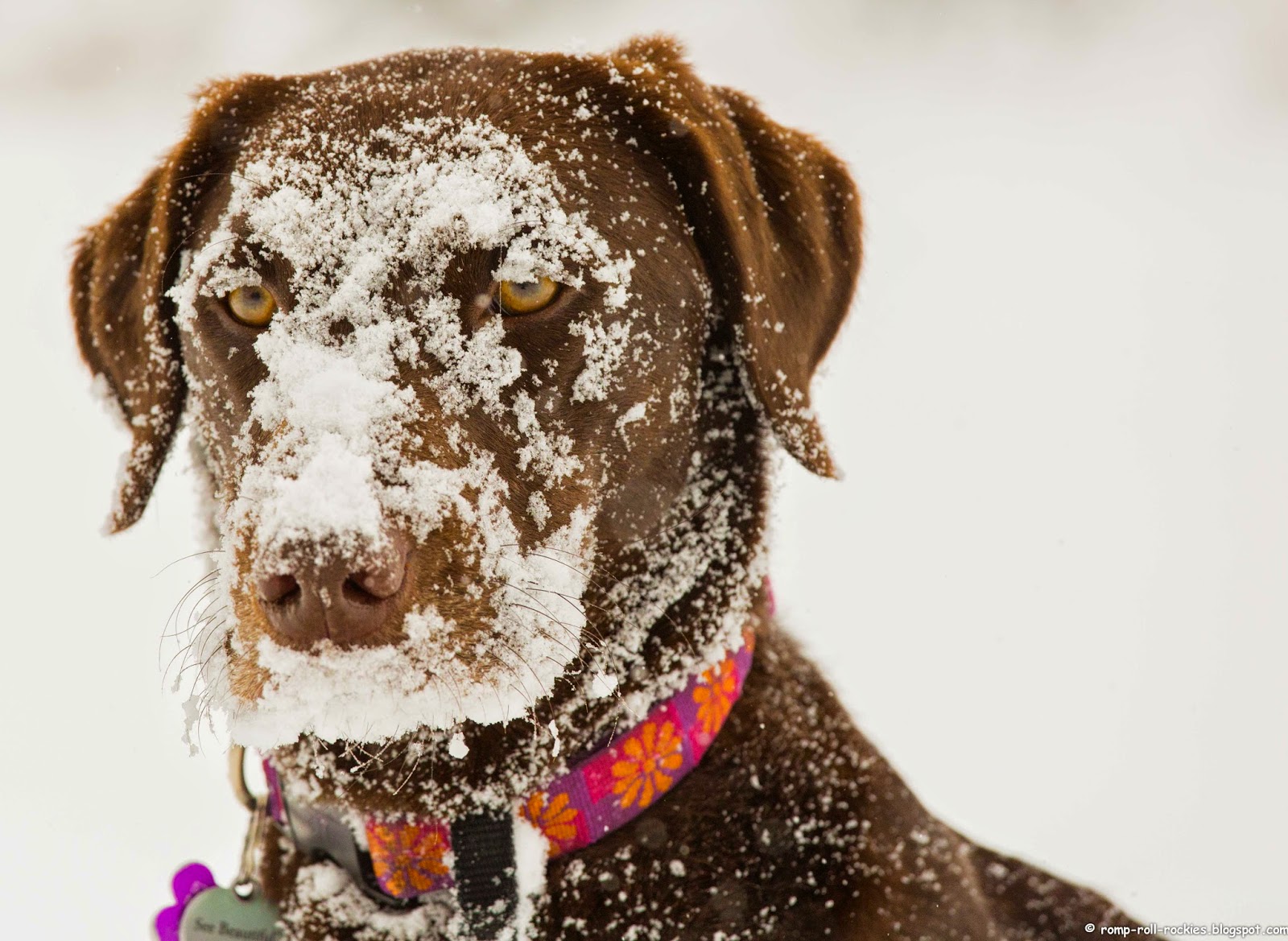 Shyla was like the energizer bunny this morning, dashing back and forth as I plodded along on my snowshoes. 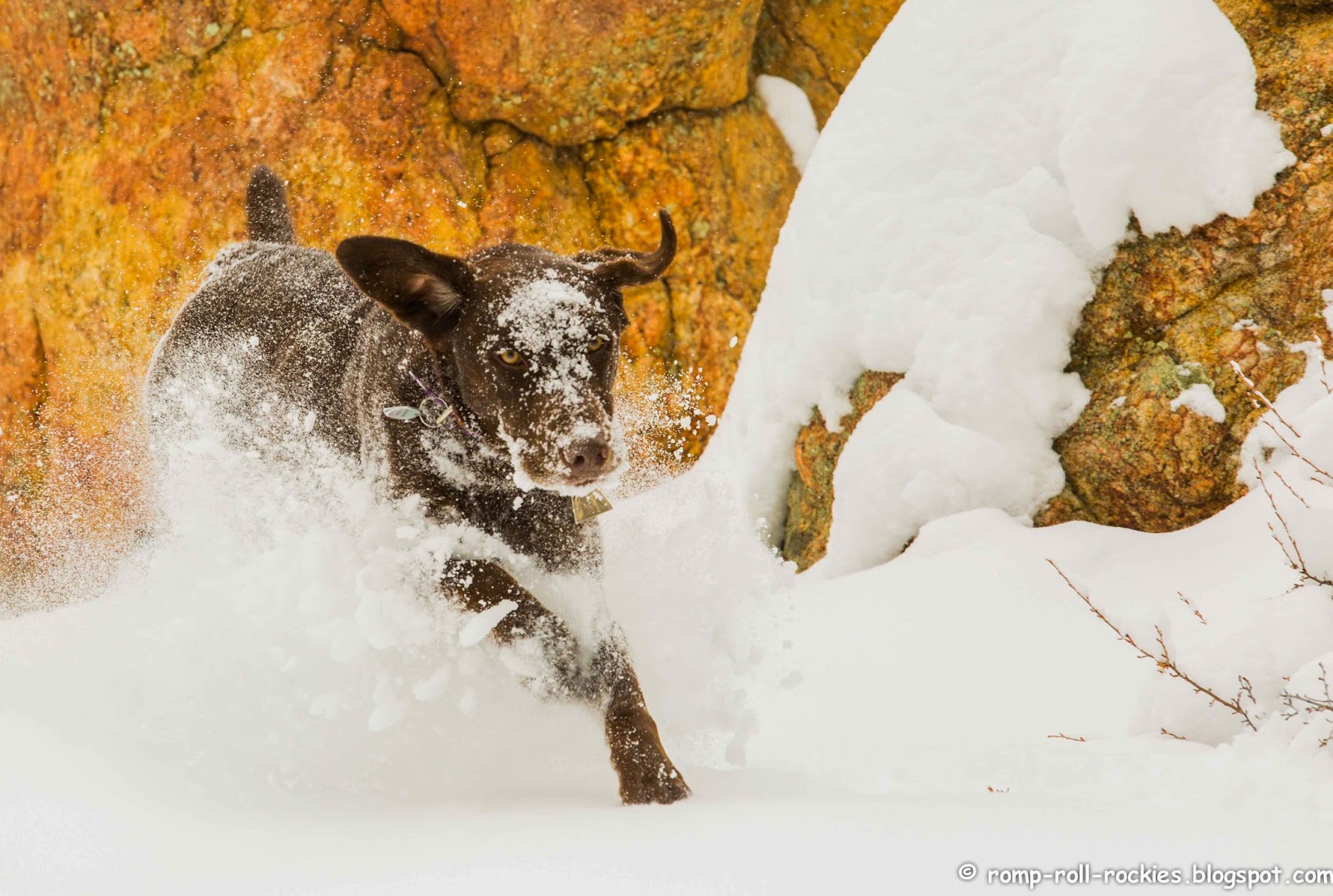 For the first time this winter, snow biking on the trails was not possible, even after I had snowshoed the same trail twice. 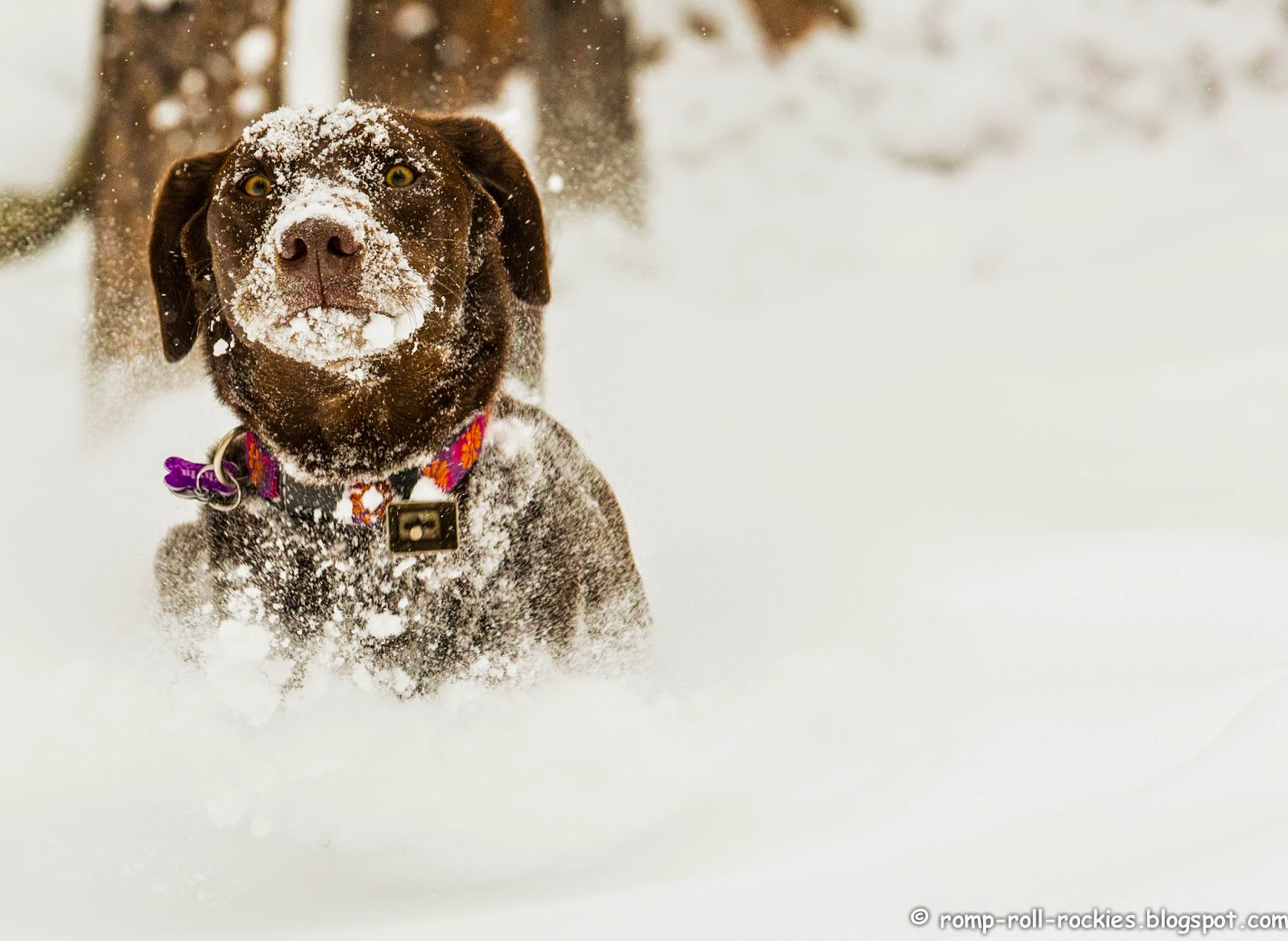 At times, the piles of snow seemed almost as tall as Shyla when she was nosing around off-trail. 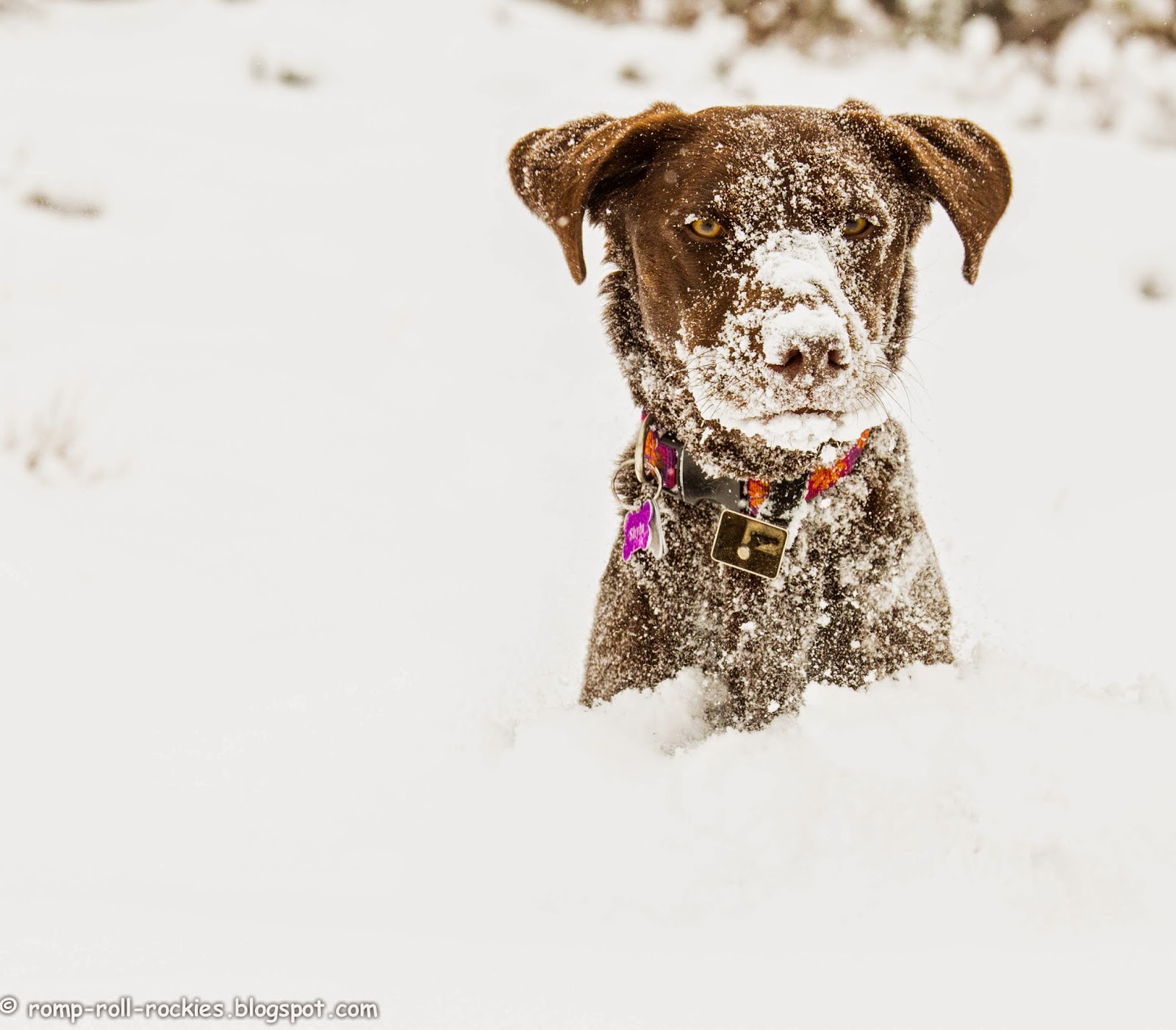 She and I had tons of fun this morning. Absolutely no one else was out and about - neither dogs nor humans. Some snow was still falling, and the forest was absolutely quiet... 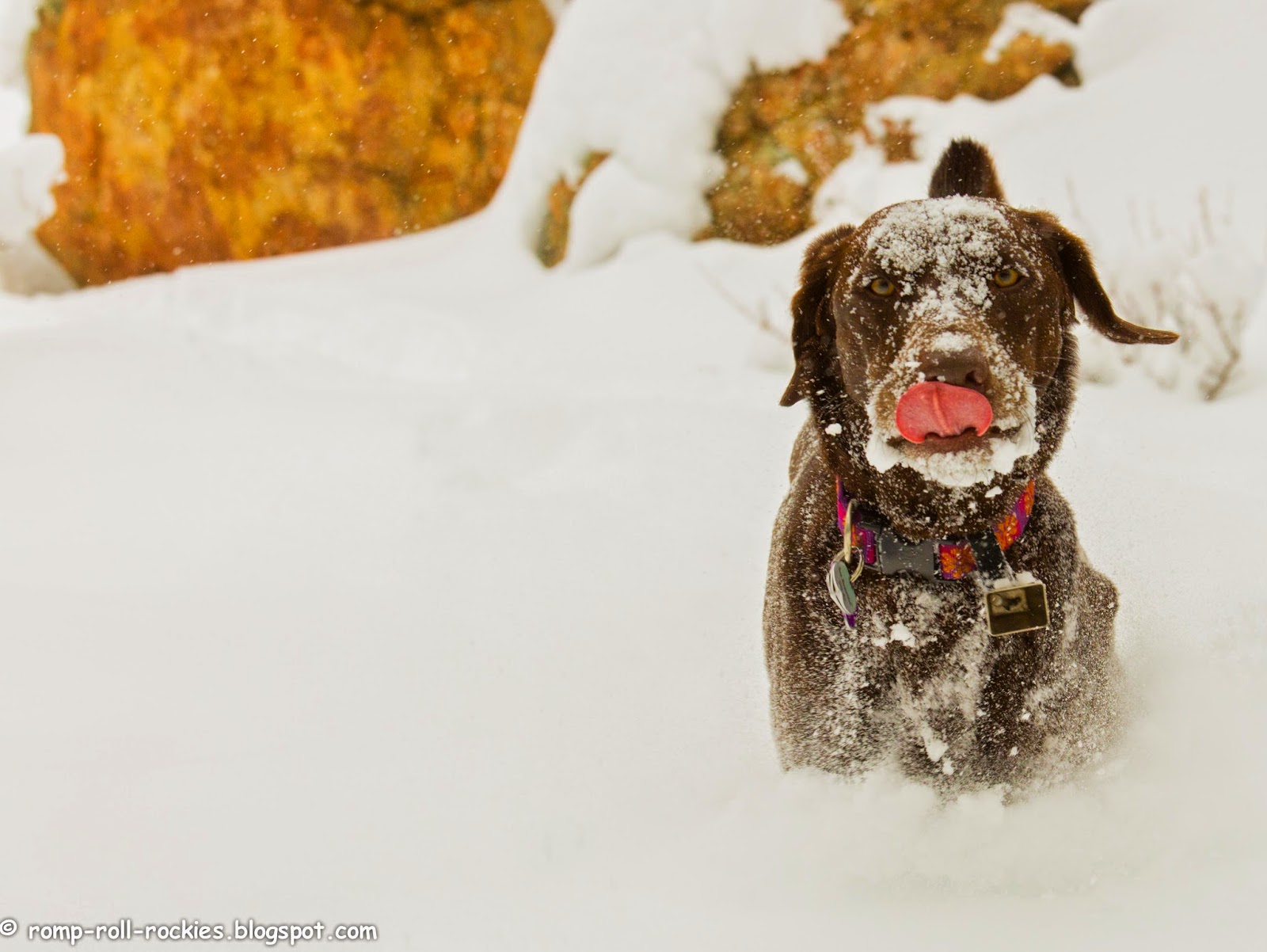 ... except when we passed under a flock of Crossbills. They were chirping their hearts out. Their color was a welcome change from the monochrome snowstorm. They tend to appear for brief periods every winter. 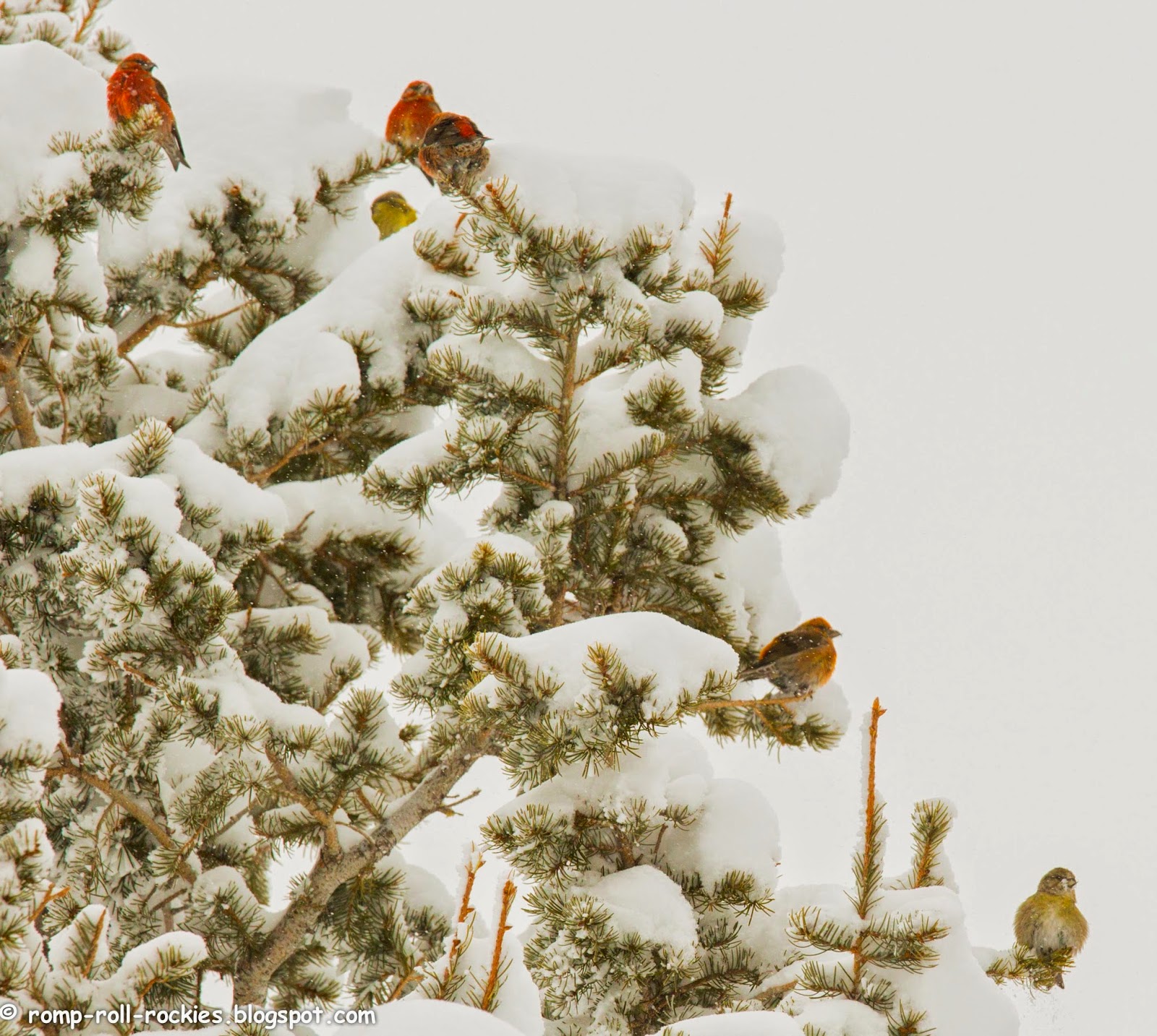 It's supposed to keep snowing tonight. Then we get a short break before another powerful storm arrives. I am feeling good about our snow and water situation now. Perhaps this snowy February will keep the wildfires at bay this summer.

After I snowshoed with Shyla, I went for a short snowbike ride on a plowed dirt road to stop the back spasms that always follow a snowshoe trek. It was very cold (~2°F) and windy. Of course, an intense snow squall decided to travel along with me. Brrr.
Posted by KB at 5:02 PM