While Shyla and I have played in the meadows, the bears have been busily going about their business in more forested parts of the land. 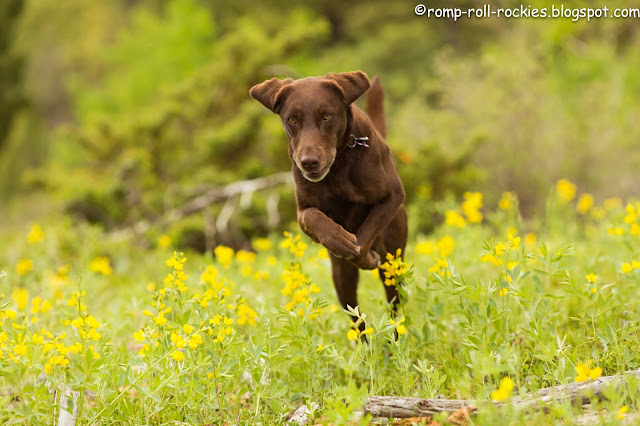 Although it hasn't been hot, the bears are still seeking out the pools of water and mud in the forest. I captured video of a bear taking a mud bath in a pool you've seen before in videos of mine. But, I also discovered a new-to-me pool of water in the forest.

For a couple of years, I've watched a parade of bears walk up a gully, getting their photos taken by my trail camera. I'd tried to figure out where they were going by putting trail cameras in various places further up the gully. Despite my best efforts, I couldn't figure it out. 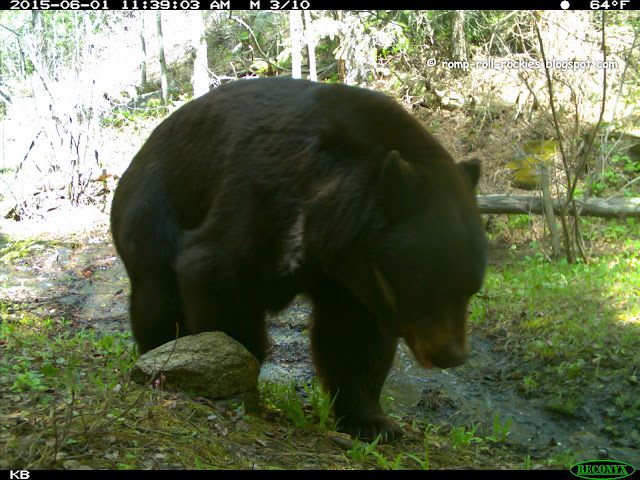 Finally, in our incredibly wet weather, I figured out where they were going!!! The ground has been so soft that I was able to follow Tiny's huge paw prints in the mud. He was heading for a secret (and probably seasonal) pool of water.

I immediately found a trail camera to point at the pool of water and was rewarded soon thereafter. Tiny took a SEVEN minute, very mellow, bath in the pool of water. Don't worry - my video doesn't show the whole 7 minutes. Rather it shows some of the more interesting behavior from the 7 minutes. One thing that fascinated me was that Tiny repeatedly put his entire snout under water. He didn't seem to be eating anything from the pool so I'm guessing it was a cooling technique.

Here's the video. It includes a cinnamon female taking a mud bath, then Tiny taking a bath in the new pool, and, finally, Tiny marking a tree after his bath. Someone asked in a previous post if bears urinate as they mark trees - and the answer is that they definitely do, especially during mating season. Perhaps that's why baths are so popular!

I am truly hoping that the mother bears start taking their cubs to the water holes soon. It's so fun to watch the cubs and mothers playing in a pool!
Posted by KB at 6:53 PM