The Beauty of the World - Dedicated to Charley

This post is dedicated to a chocolate Labrador named Charley. The beauty of this past week symbolizes Charley's life perfectly.

We had a full moon before the latest round of storms, and its beauty was sublime. 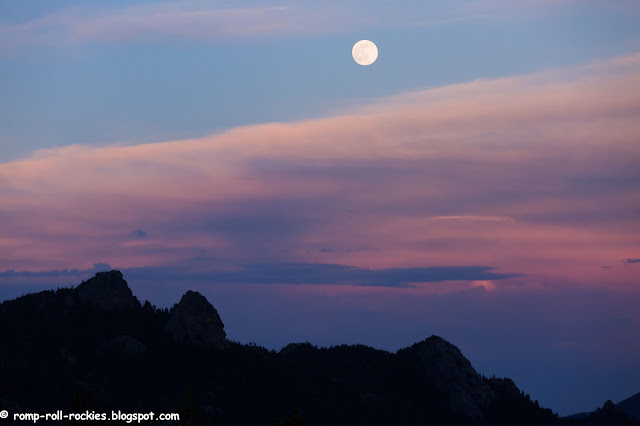 The next morning after seeing that moon, Shyla surprised me by trying to "jump over the moon". I expected her to go under this log when I called her. It was super high but she chose to leap it. She was fine after her amazing leap, thank goodness. Her leap was astounding and miraculous, almost like Charley's life. 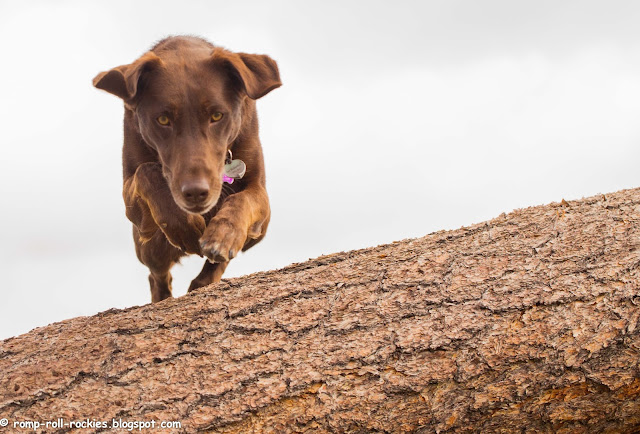 That night, I knew that moonrise would be just after sunset so I went to a great look-out spot to watch it rise with my Shyla by my side. It was less than five minutes from the first instant that I saw a hint of the moon until it was clear of the rocky peak that towers to our east. 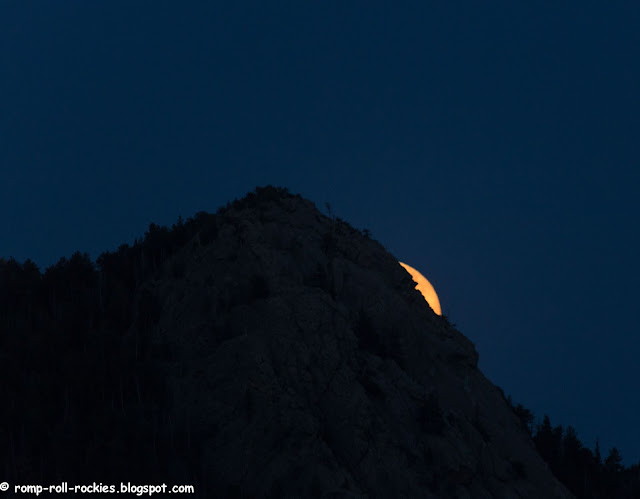 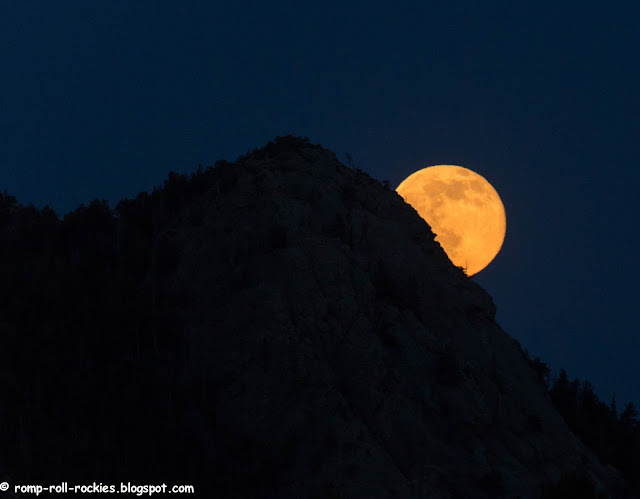 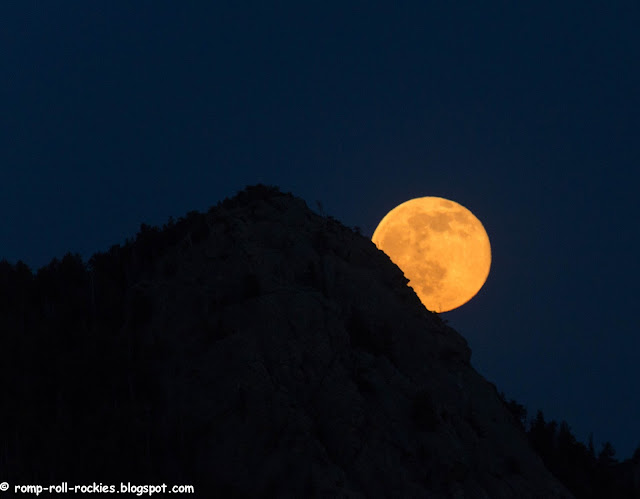 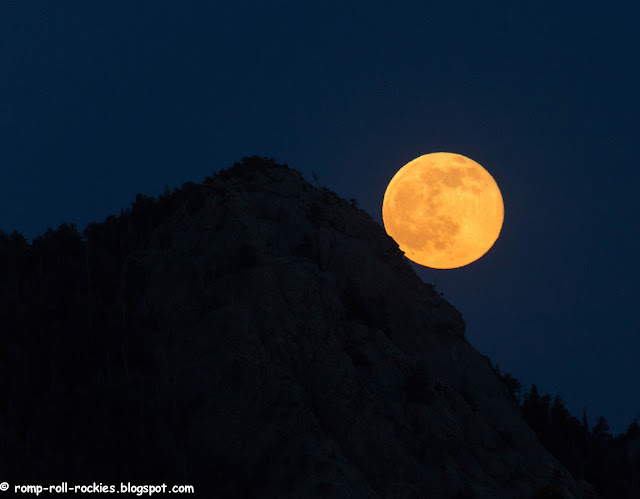 Watching the moon rise in the silence of the outdoors makes me so happy. It takes a little bit of work to be in the right place at the right time but it's worth it.

Shyla loves being with me outdoors so she loves any event, even a moonrise, that leads to an outdoor adventure. 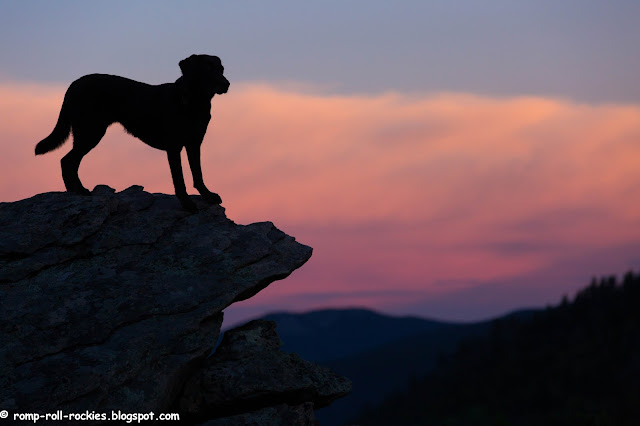 It was a beautiful week here, and I appreciated every single day. I was especially reminded to do that because a hero of ours died this week - a chocolate Labrador named Charley. He was diagnosed with bone cancer when he was 2 1/2 years old but he lived almost 5 years after his initial treatment. His family knew that every day was a gift, and they appreciated every single day with Charley.

Back when K was diagnosed with bone cancer, Charley's mom was so supportive, offering Charley's life as an example why it's worth trying to fight that awful disease - because miracles do happen. Alas, after living a miracle for almost 5 years, Charley was diagnosed with hemangiosarcoma this past week and earned his angel wings.

This post is dedicated to Charley - he has inspired so many people and their dogs to live life to fullest after a diagnosis of bone cancer. Although K lived only 7 months after her diagnosis, they were an amazing 7 months, filled with love, gratitude for our bond, and even happiness. I was so grateful that we chose to extend her life by treating her cancer, partly thanks to Charley's example. Now, we send our love and support to Charley and his family.

You can visit Ellen and read about Charley at their Tripawds Blog.
Posted by KB at 6:17 PM