Back to our desert trip... we'd just been at a canyon rim campsite and trail, which we loved, but was a little more crowded than we prefer.

So, we next headed to a site where we almost always find solitude, peace, and quiet. And, as a plus, there's great trail running and mountain biking next to the campsite. 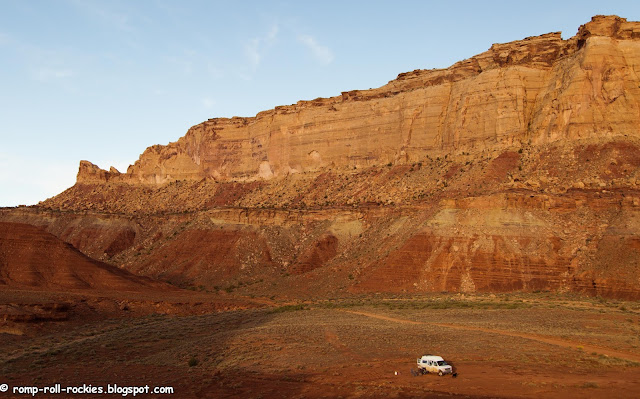 We woke up our first morning to utter silence except for bird songs and complete solitude. 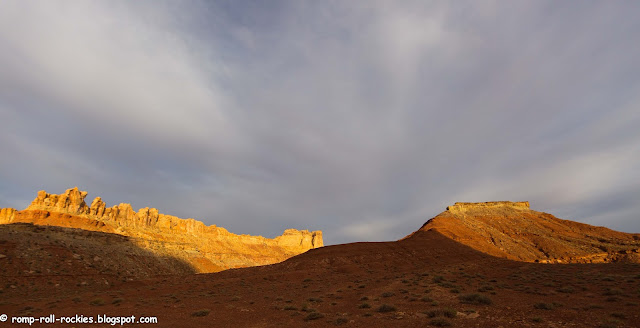 We enjoyed a quiet breakfast, and then Shyla and I set off for a mountain bike ride with many stops for photos. 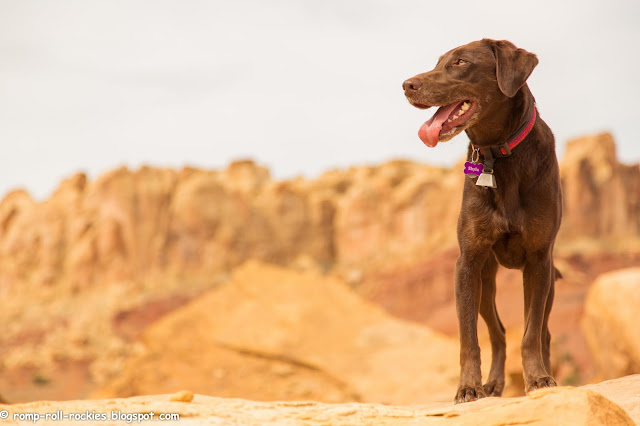 The first day's ride was warm, as you can see from Shyla's wet tongue in her photo. On the days thereafter, the clouds kept things a bit cooler. 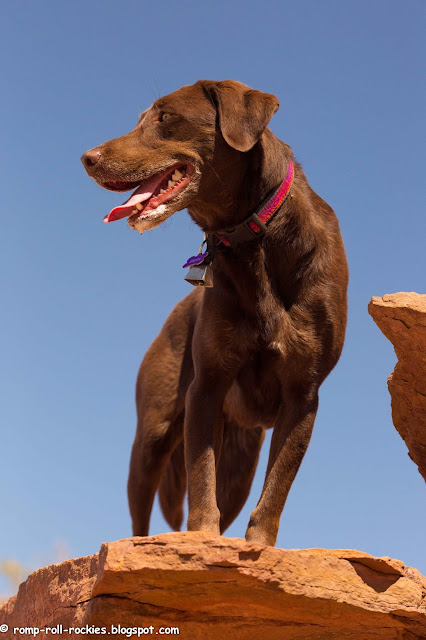 On that first day, I kept our ride short, and then I rode solo to the abandoned mining cabin where I found a tricycle back in March. I looked around a bit more this time, and I found the remains of a car. I know almost nothing about cars - so I can't guess what year or what model this one was. You can also see the cabin on the left in the background. It must have been such a hard life living there. 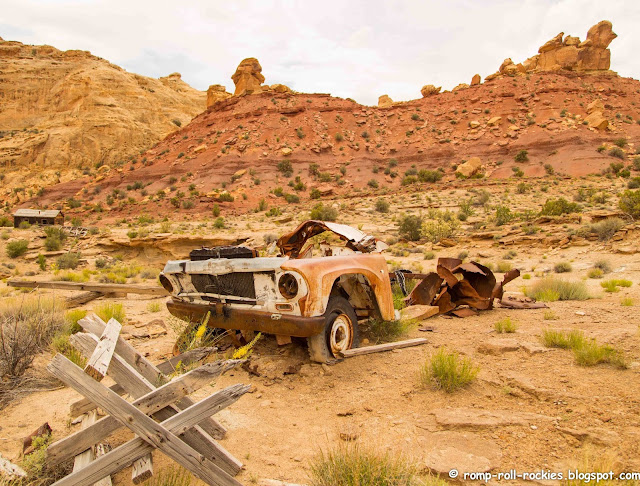 When I had just left the cabin, a thunderstorm came up on me incredibly fast. It was coming from the west, and I needed to ride east to get to the LabMobile. So, I rode like a maniac, trying to stay ahead of the storm. It caught me about 4 miles from camp and pelted me with hail. Then, it poured rain so hard that I could barely see to steer my bike.

The hardest part was the last 2 miles into camp. It was all downhill which meant that I froze as I coasted and navigated the rocky trail. I was shaking and barely able to feel my hands by the time I arrived at camp. Fortunately, the first clap of thunder didn't happen until I was climbing into the LabMobile. I warmed up fast once I was inside and out of the rain.

The storm moved out almost as fast as it had arrived. Shyla and I had a wonderful time playing in the sunset light later that day. 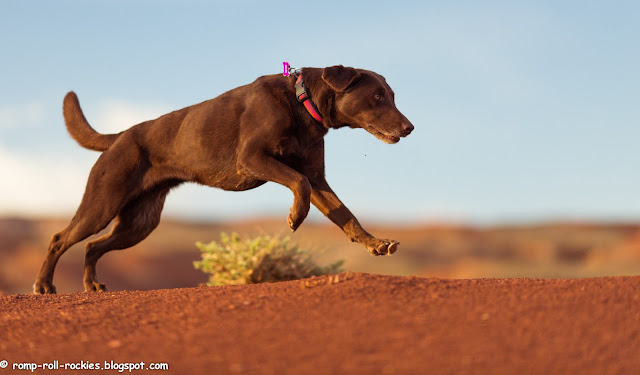 She loves taking a bow, and volunteered this trick during our photo session. I know that I repeat this a lot - but one of my favorite things about positive training is that your dog isn't afraid to improvise during a fun session like this one. It makes me smile! 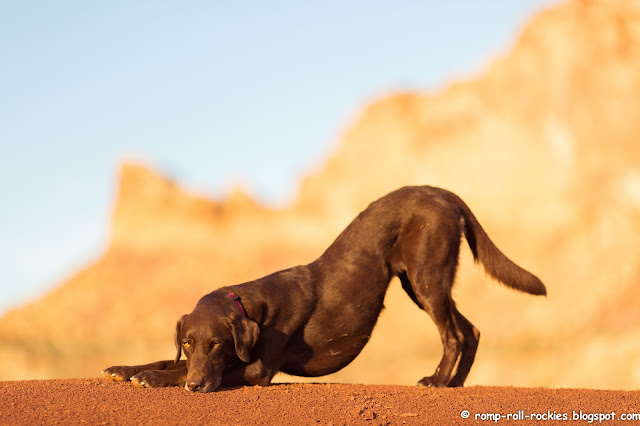 During these "play" and "photo" sessions with Shyla, I totally lose myself in the moment. I lose track of time and almost nothing can break through my concentration. I love it. 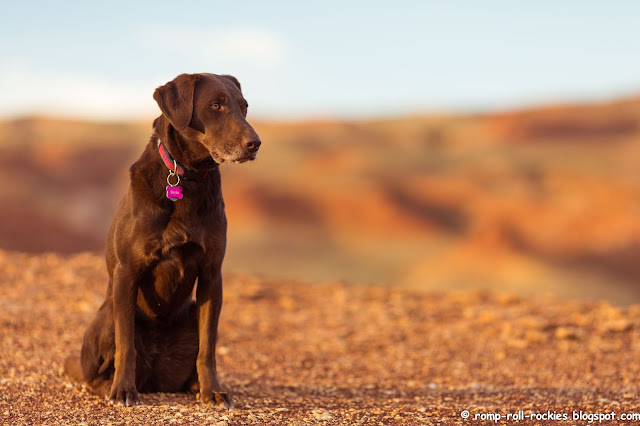 The desert stories are almost finished... but to answer one question from yesterday's post, the fires in the canyon were not our doing. For one night, two guys camped about a quarter mile away. They were typical of a certain faction who visits the desert - they wanted to raise hell because there was no one around to make them stop. They did a bit of shooting, and then they had a reasonable campfire going. Just before bed, it looked as if they they set a bunch of flammable liquid on fire all over the ground near their camp, resulting in yesterday's photo. The flare-up lasted about a minute, and it didn't set anything else on fire because it had rained so hard that day.

Their inferno did look pretty with the flames reflecting off the canyon walls. However, I worried about all the birds who I'd watched in the cottonwood grove where they were camped. Before the arrival of the campers, it was like a mecca of exotic birds who were all singing their hearts out.

In the grand scheme, the camping neighbors didn't stay long and certainly didn't make us love our campsite any less! But, I'm guessing that the author of the inspiration for the title of this post, Edward Abbey, would have complained endlessly about them. When he said "solitude", he meant absolute solitude. In this day and age, we have to be a little more flexible to stay happy!
Posted by KB at 6:19 PM