The morning after the rainbow sunset was cloudy but not actually storming. So, we decided to check out a new trail in the area. The Runner took both dogs with him because we felt that the Duo needed to be leashed so close to a big canyon.

The trail followed the rim of the canyon, including every last little side canyon. It rarely was more than 10 ft away from the cliff. 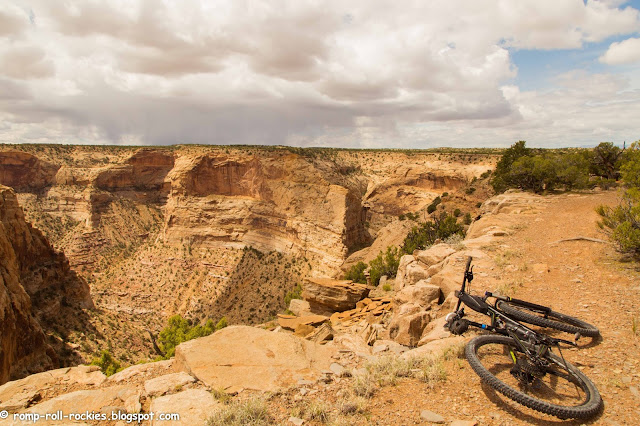 Usually, I don't like trails with so much exposure but this one was fun because it wasn't very technically challenging. It was easy to keep a distance from the dropoff. 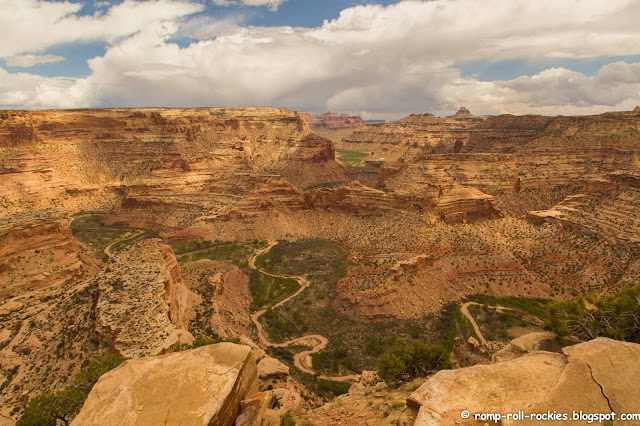 The views were endless. I could have stopped 100 times to take photos because looking down into the canyon was so breathtaking.

The Runner and the Duo also had a lot of fun so we decided to spend another night in the area. We tried to find a secluded place to camp but we didn't totally succeed. Every rim of the canyon seemed to be popular with campers. But that was okay for one more night.

We enjoyed the sunset from a campsite overlooking a side canyon. Shyla's clear eyes and glowing fur were beautiful. 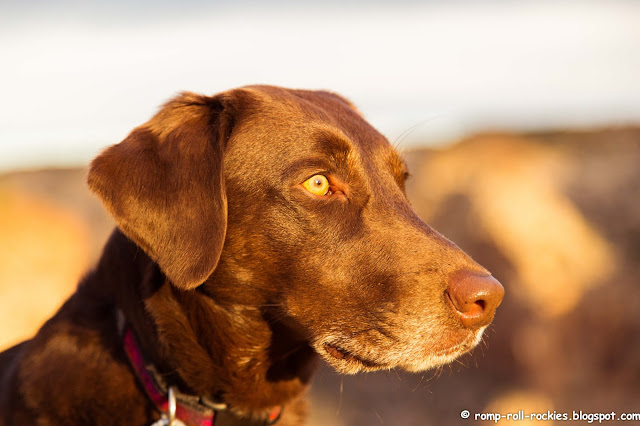 As the sun was about to set, clouds filled the western horizon but I managed to get a couple more photos of Shyla before the sun was totally obscured. 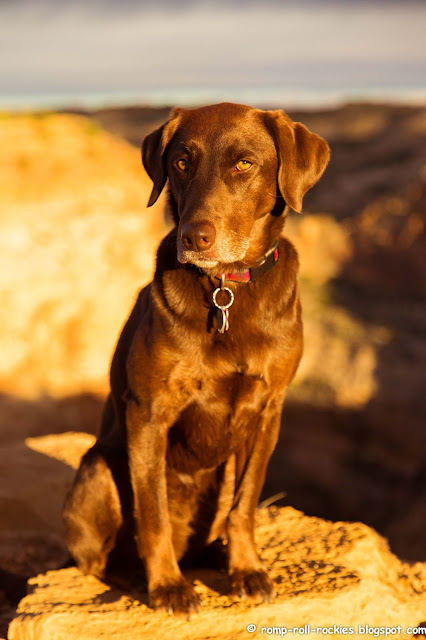 In the next photo, I believe she was catching a wiff of meat being grilled in someone else's campsite. We don't eat much meat, and we always joke that our dogs would dump us without a second thought for a family that grills meat while camping! 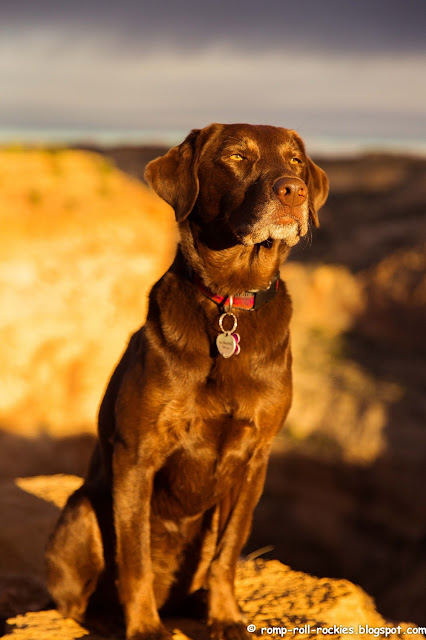 Then, we watched the colors of the sunset evolve over the deep canyon. 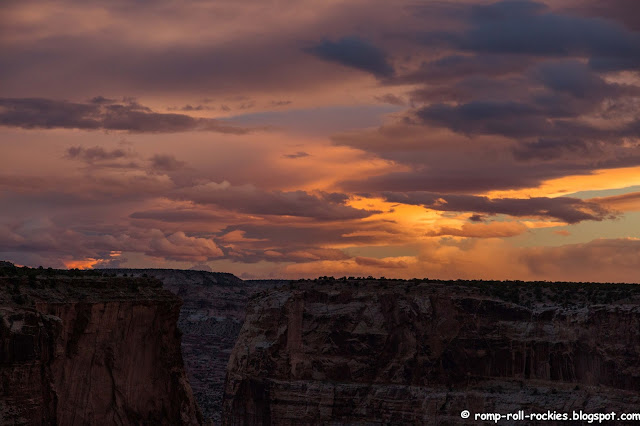 Ending in the pinkish hue that means the show is coming to an end. 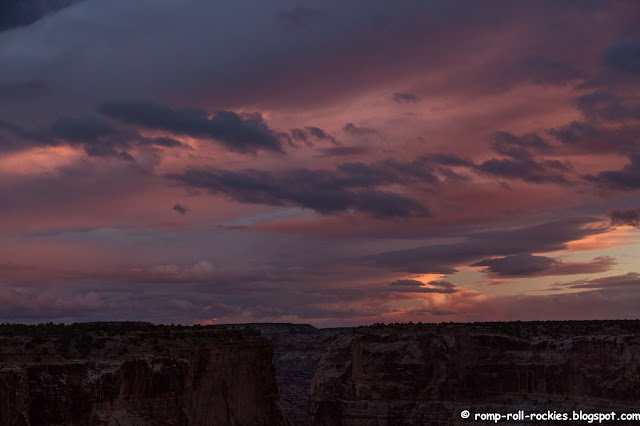 After enjoying the rim trail again the next morning, we were ready to escape to someplace where we would have total solitude. We happily headed toward a campsite that almost never fails to deliver peace, quiet, and incredible beauty.

Along the way, we saw a sundog next to a butte, telling me that there was lots of moisture in the air just waiting for another chance to nourish the desert. 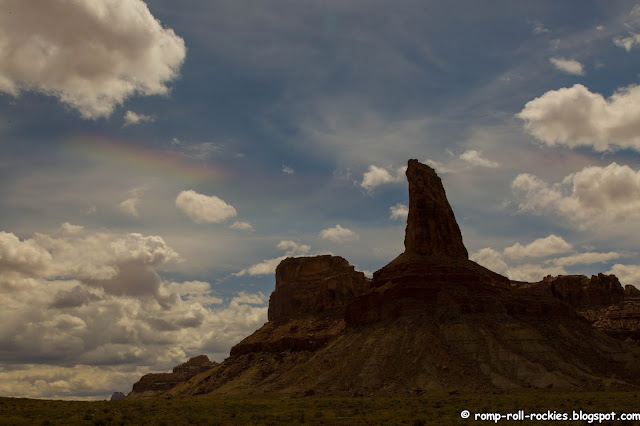 The desert can seem austere, especially when I look at the photos after being there. But, in person, the landscape is overwhelmingly beautiful, and it's easy to spot springtime life sprouting in every little crevice in the rocks. The toughness of the animals and plants that call the desert their home is part of what makes me enjoy exploring the landscape so much. 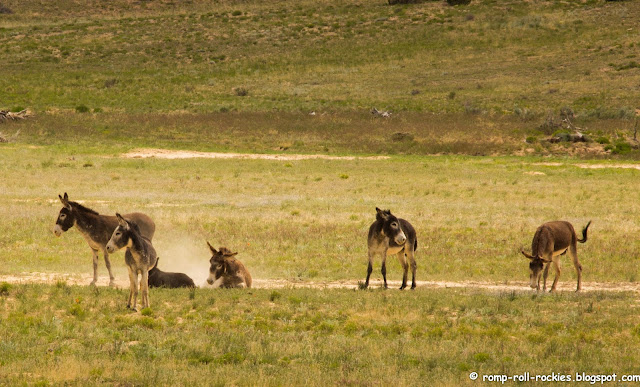 Indeed, somehow, wild burros eke out an existence in the Utah desert. What a sight!
Posted by KB at 5:21 PM