About a week ago, I had the honor of R joining us for a couple of mountain bike rides. Unlike Shyla, R often looks like he's about to doze off while I take photos of them. 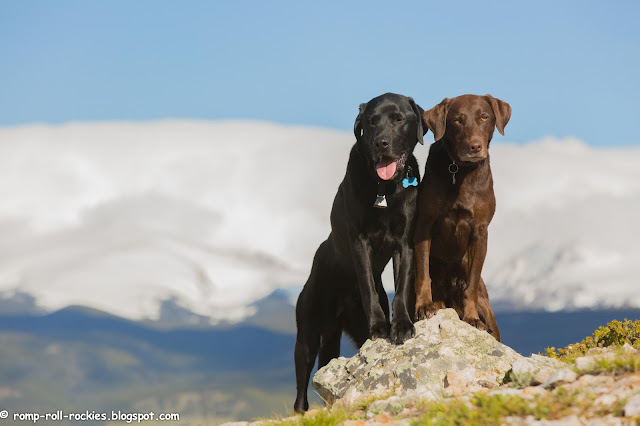 But, it's better not to be lulled into complacency by his sleepy look. In fact, he's scanning the world, from under hooded eyelids, for potential prey. One time, while the Duo was in a stay for a photo, R spotted a quarry and took off. 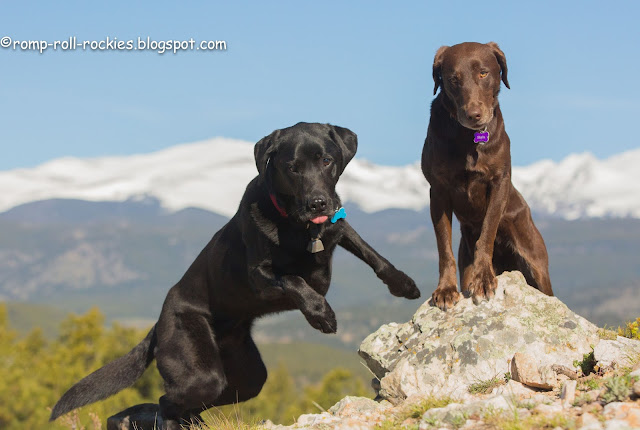 I think the best title for the next photo would be "Canine Mortification" because Shyla gave him such a mortified look when he broke his "stay". But, looking at his eyes, you can see that he was utterly focused on whatever he'd seen. 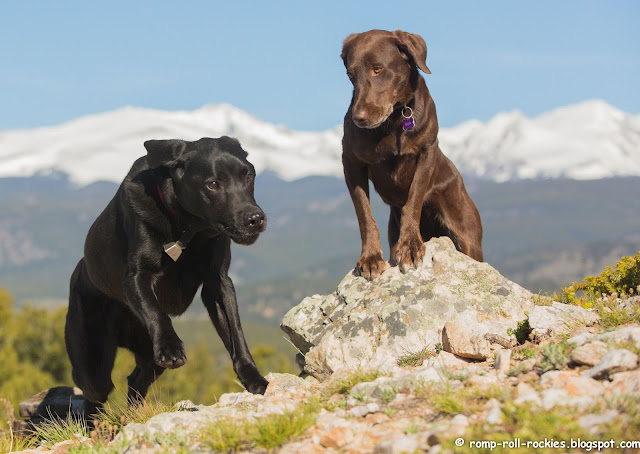 He didn't go far, and the rabbit escaped unscathed.

Then later, he smelled something underground and started digging. Before I could stop him, he'd dug a hole big enough to fit his entire head in it. 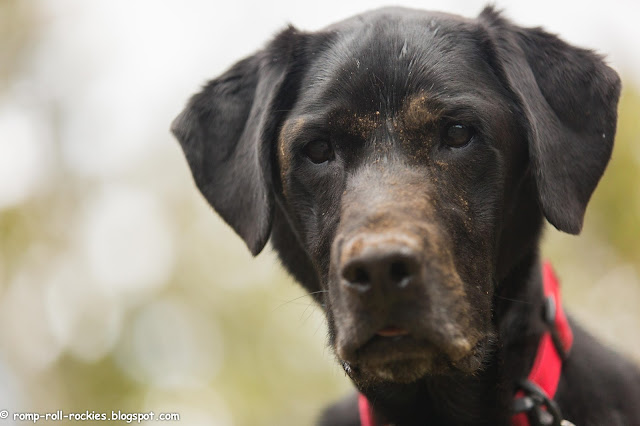 Even his tongue got dirty! 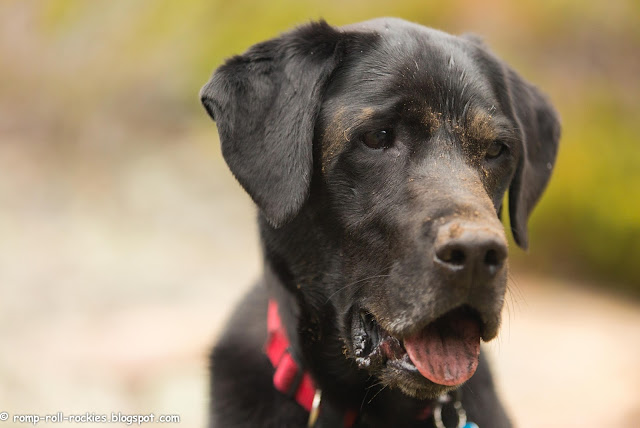 Those were a fun couple of days! R keeps me on my toes and makes me laugh and laugh!
Posted by KB at 5:19 PM