On our first day in the high mountains, we all went out to play on the trails in the morning. It was a glorious day with barely a cloud in the sky. 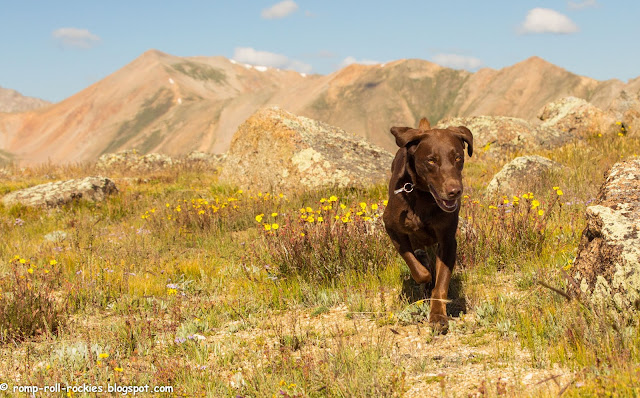 I was riding my bike with Shyla. We started early enough that the trails were mostly empty, although Shyla was continually vigilant watching for other people who might be around. 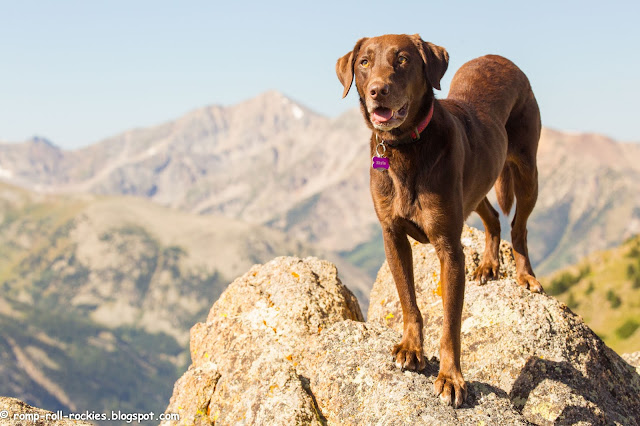 I was thrilled to see that some wildflowers were still in bloom. The alpine summer is so short that the flowers are sometimes gone by mid-August. We were high enough (12,000') that signs of autumn were already sneaking into view. 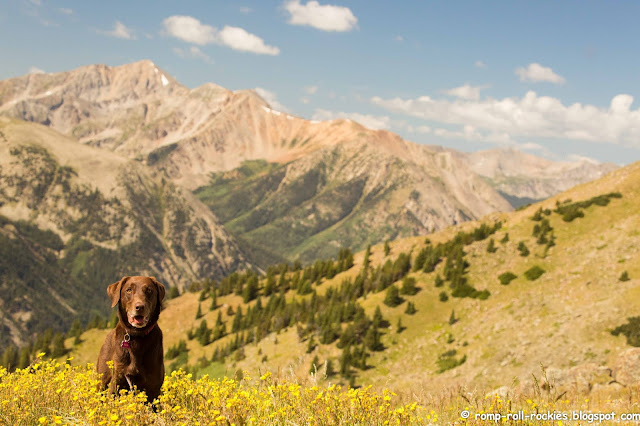 During our ride, I spotted some baby birds who couldn't fly very well yet, and I told Shyla to "stay" while I photographed them. They were so camouflaged! My best bird books are in the LabMobile which is now at our local mechanic's shop so I can't figure out what species this is. Does anyone know? 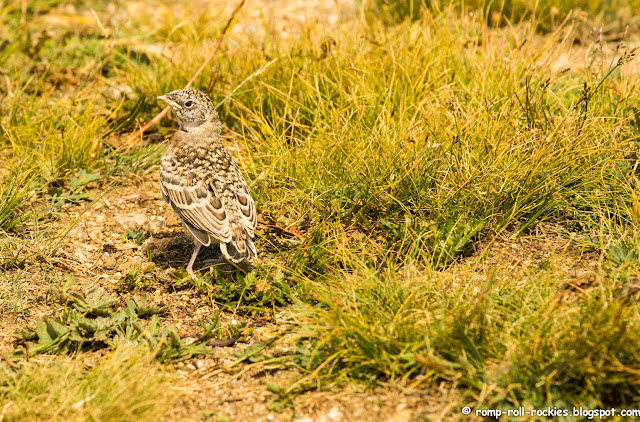 Although I've worked hard at teaching Shyla not to chase large animals, she still wants to chase small ones - and sometimes gives into the temptation. I've incorporated a lot of "impulse control" training into Shyla's program. I was thrilled to see it pay off in a real-life situation as she resisted chasing the birds. She stood solidly in a "stay" while the little birds skittered around. I'm so proud of her. 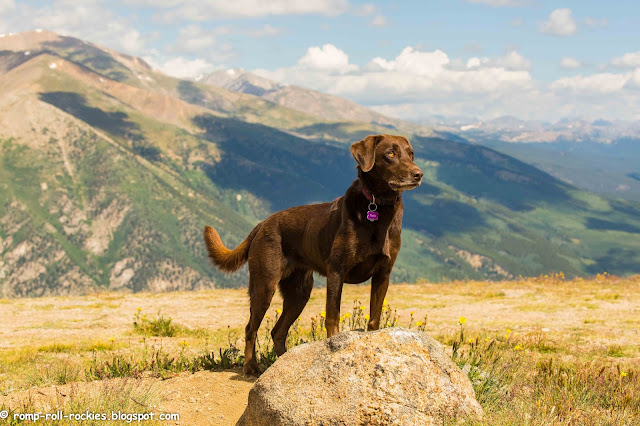 As we headed down toward camp, I noticed that the clouds had suddenly built up over the nearby mountains, as is typical up high in the Rockies. 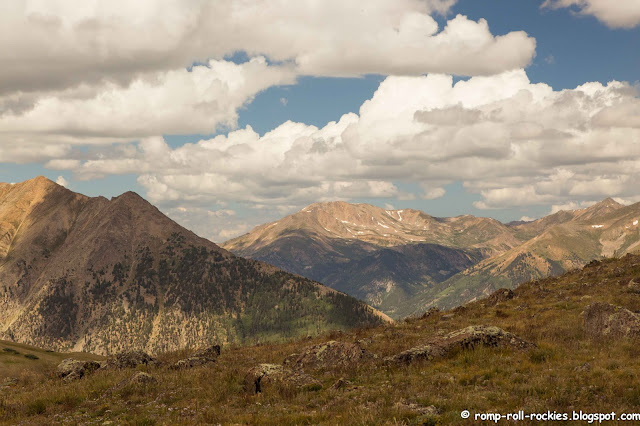 I also noticed the hazy view to our east. I didn't know that haze would become a theme for our trip due to the terrible fires still burning in the western half of the country. 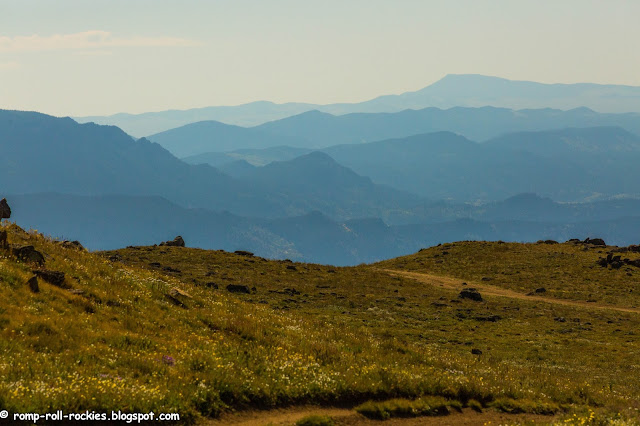 When we arrived back in camp, the Runner had called a friend's parents, who luckily lived near where we were camped, to ask about a good mechanic for the LabMobile. These people who we'd never met were SO helpful. They lined up a mechanic who was waiting for us when we drove up to his garage. He dropped everything to quickly replace a defective part that our local mechanic had installed before the trip. And we played with a very cool dog named Buster while the mechanic worked. Buster was at least part Pit Bull and had pink toe nails that his human sisters had recently painted. He was a truly gentle sweetie.

To our astonishment, we were back on the road, heading toward the San Juan mountains, very quickly because the mechanic fixed things so fast. Yay!

It's wonderful to know that there are such generous souls in our world. I hope that we can pay the kindness forward in the future. 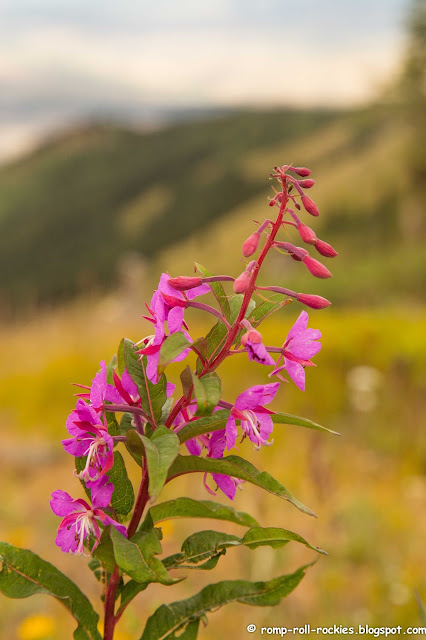