A puppy comes to visit

We had a wonderful little puppy named Sadie come to visit for an evening recently. She's a mix, including Lab and Shepherd. She is a cutie! 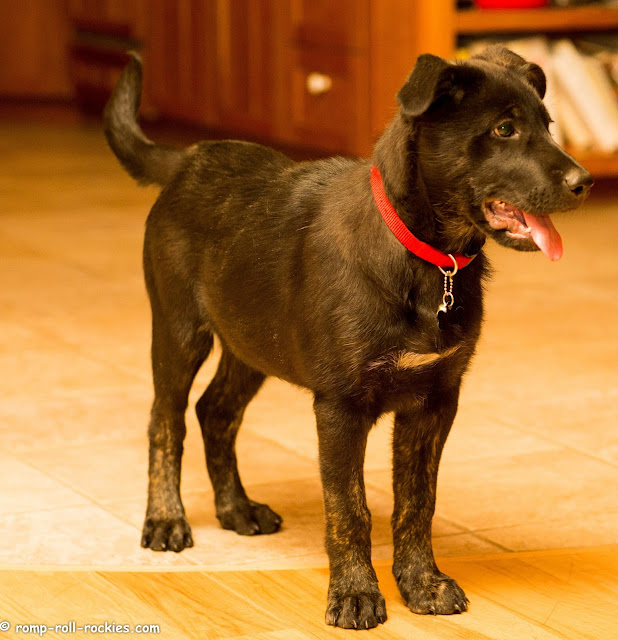 R knew right away that he wanted to play with the puppy. He repeatedly pawed at her in a playful way. 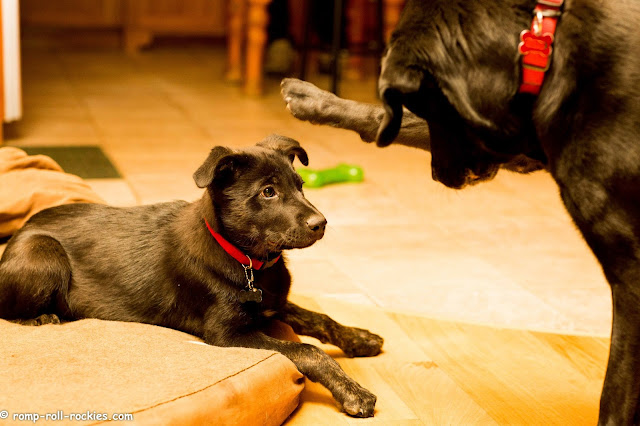 And, that's how a friendship started. The puppy was here for about three hours, and she played with R almost continuously that whole time. 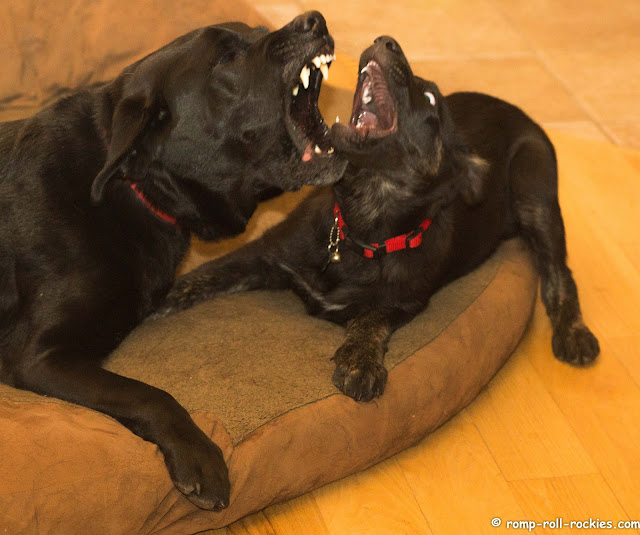 Shyla was worried about the puppy for a lot of the time. This is the same puppy as Shyla growled at when I paid too much attention to her the first time we met. Over the course of the evening, Shyla gradually decided that she wanted to play too. She kept bringing different toys and enticing the puppy to chase her. It worked a few times, with the two of them doing laps around our living room, although the puppy couldn't even come close to keeping up with Shyla.

However, the puppy was more enamored with R's play style. 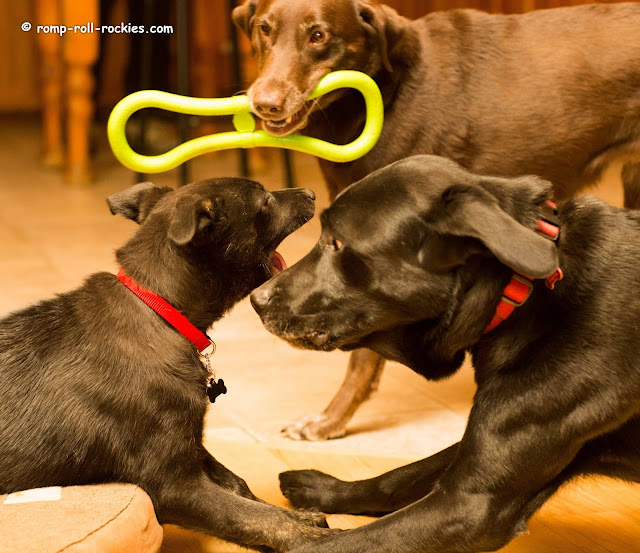 I felt sort of badly for Shyla as she watched them play. So, I played with Shyla to keep her happy while the other two roughhoused. 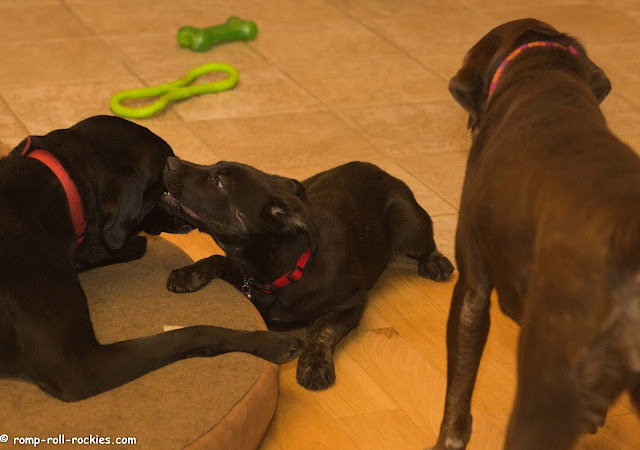 During the evening, R had to take a break from playing to do his elbow exercises. As you know, some of them involve him propping his front paws on his yellow peanut. Sadie tried to do the exercises in tandem with R but that didn't work too well because she couldn't keep up. However, after he finished with the peanut, Sadie did her own imitation routine on the peanut. It made us laugh and laugh! 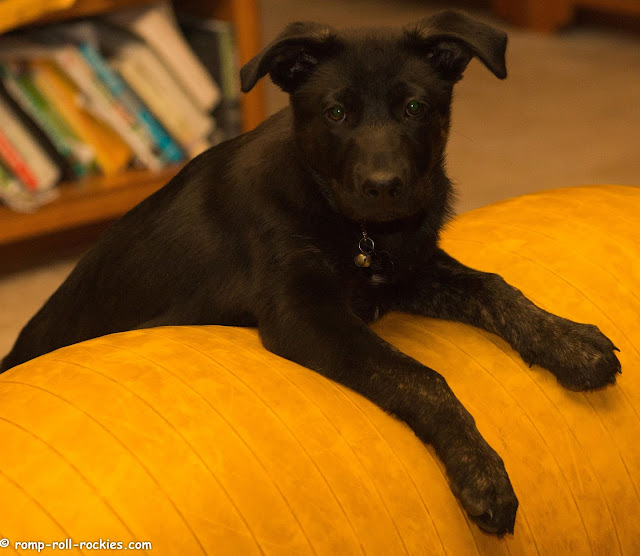 We are planning more play visits for Sadie, which will be tons of fun! R can keep tutoring her on how to play like a big dog, and Shyla will hopefully figure out how to join in! 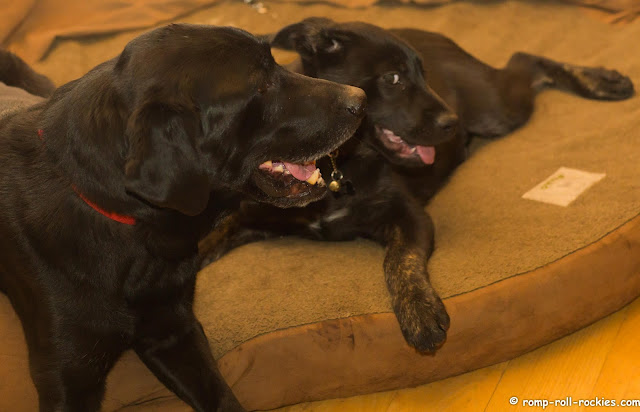 I adore puppies so I'll love any future visits too!
Posted by KB at 12:34 PM