For all the years that I've had trail cameras, I've never captured photos of many foxes (of any kind) in our forest. Then, something changed this past summer. We seem to have both red and gray foxes here to stay!

The best part is how mischievous they are. They mark their territories frequently and vociferously. This series made me laugh.

A red fox arrived in front of one camera. 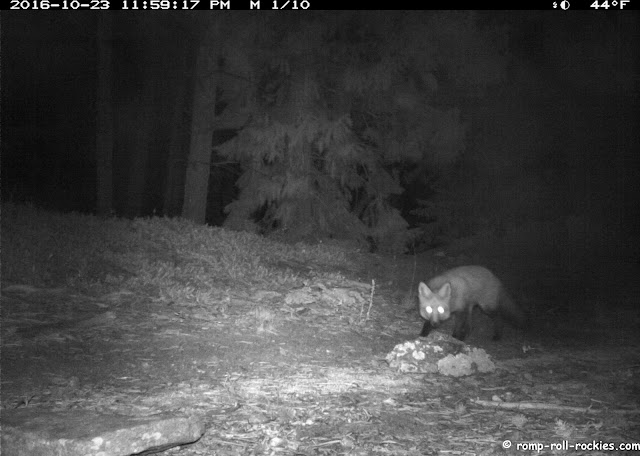 He sniffed a rock and the surrounding ground that is a carnivore scent marking spot. 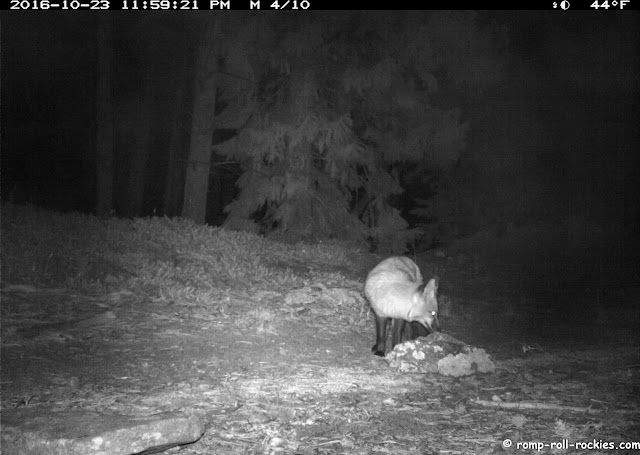 Then, he climbed up on the rock, stared straight at the camera, and left his own mark. It felt as if he was sending me a message to quit spying on him! 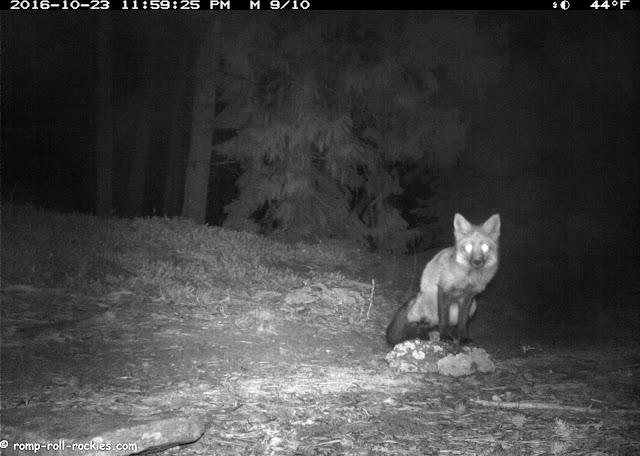 A week later, a pair of gray foxes arrived at the same spot. First, one sniffed the spot. 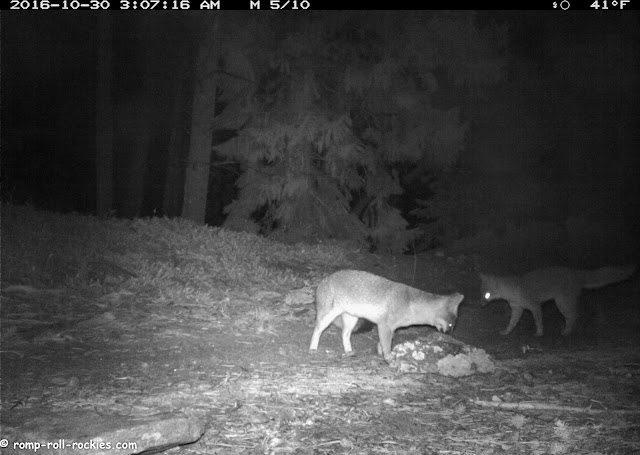 Then, the first one marked the spot, over top of the marking left by the red fox. 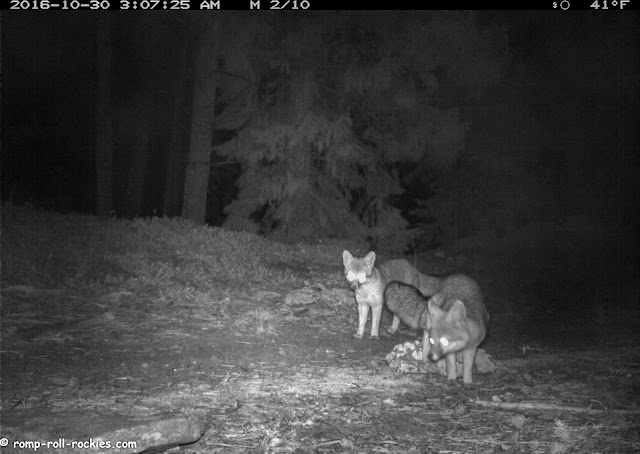 That night, the red fox was back again, sniffing the pee-mail left by the gray fox. 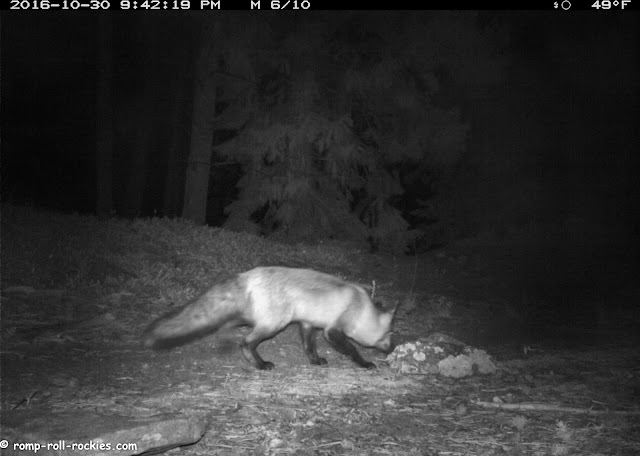 He climbed up on the rock and left another "comment" for the gray foxes. 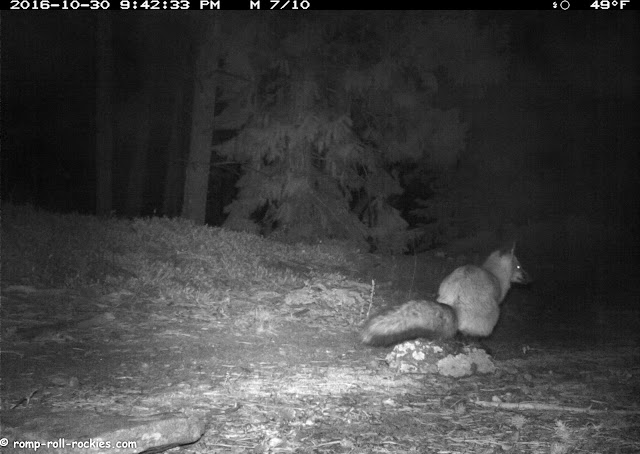 This "back and forth" is still going on. I imagine that there's a lot of territorial posturing going on because none of these foxes were in this area a year ago. They are all new and trying to make their marks.

I hope that the back-and-forth continues through the winter! Traditionally, winter is a slow time of year for my trail cams so I'd love it if the foxes keep up their activities!
Posted by KB at 12:22 PM