A Coyote Pack on a Frosty Morning

Forgive me for a mostly-photo post today. I finally went to the doctor for left-over symptoms of a cold that I had at Christmas, and it turns out that I have a sinus infection. I started my antibiotics yesterday, and I feel as if I can barely function. I'm so tired! I'm hoping that's a good sign that the medicine is working.

Today I want to share some beautiful photos of coyotes on one of our hoar frost covered mornings recently.

As Shyla and I headed up toward where the coyote pack photos were taken, the world looked like this - simply gorgeous in my opinion. 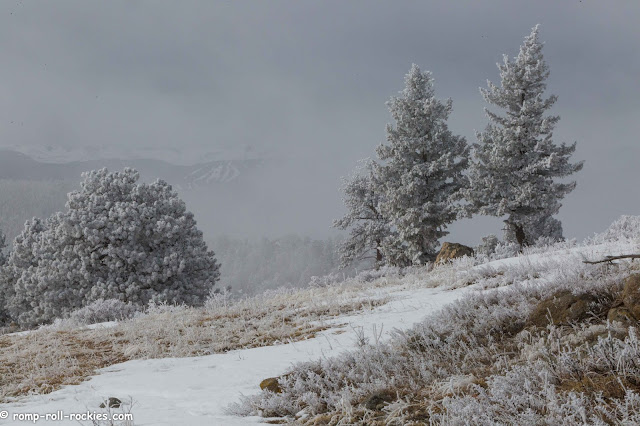 Shortly beyond this point, the coyotes had gathered around a wildlife marking spot. I didn't know it but Shyla did. She added her two cents to the messages left earlier by the coyotes. 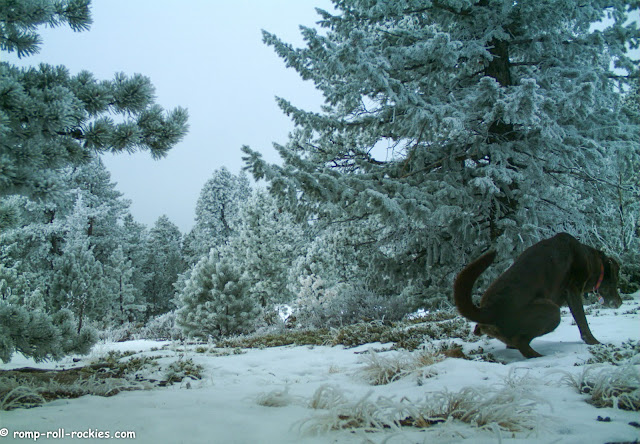 You'll see from these photos that Shyla's nose had told her to mark almost exactly where the coyotes had been.

The first coyote came through about an hour before the rest of the pack. He left a message. 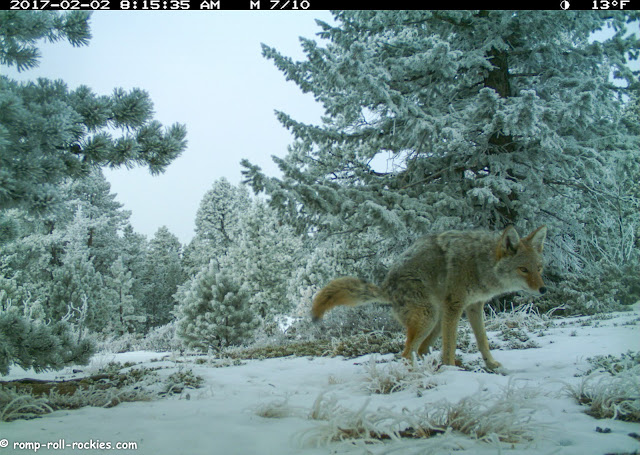 An hour later, a group of coyotes came through. Here was the forerunner. 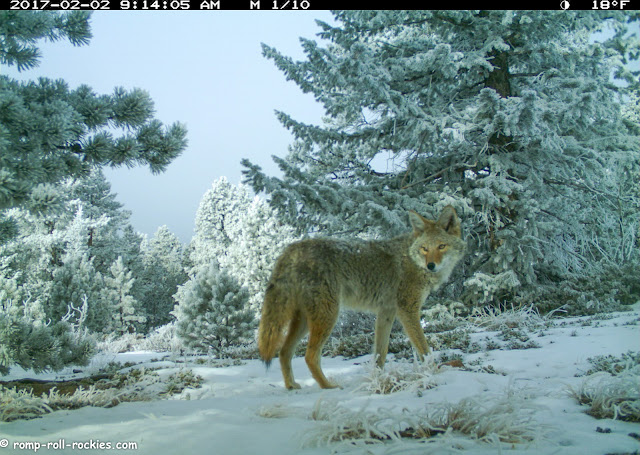 Then the pack arrived. I thought that it was cool that we were all so close together, gathered around the marking spot. 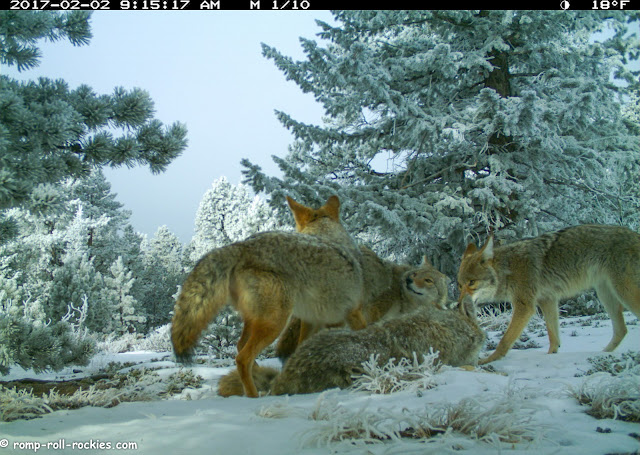 Then, they all seemed to become more wary for an instant. 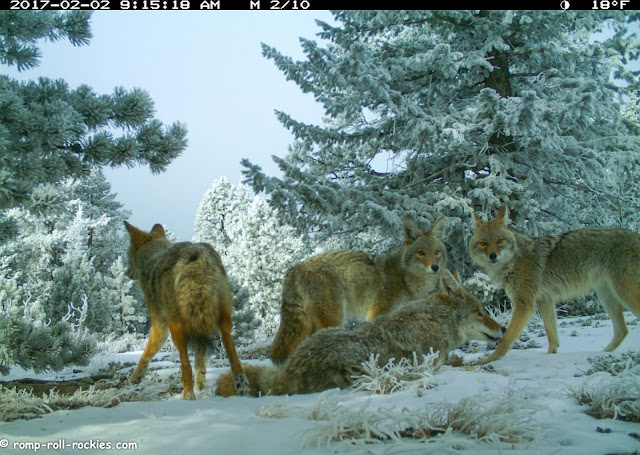 Very quickly, most of them went back to sniffing except for the gorgeous one looking very noble on the left. 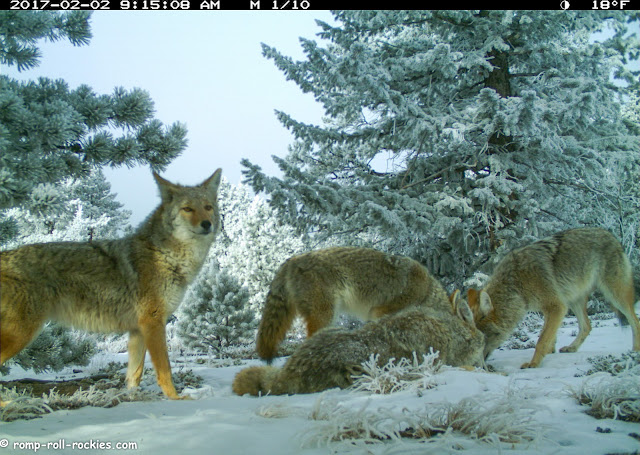 Then, they started to leave, one by one. Each of them left pee-mail on the marking spot. 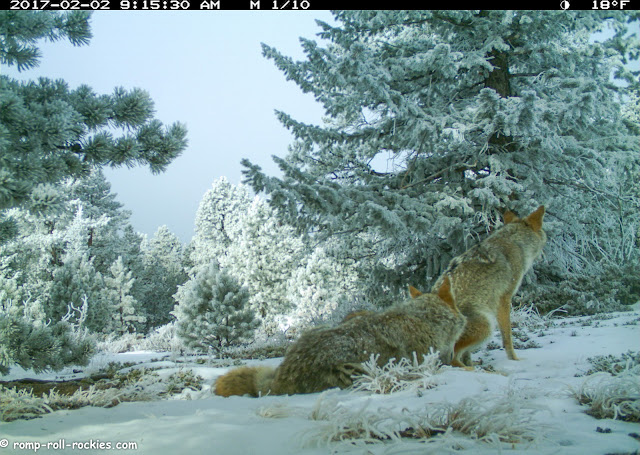 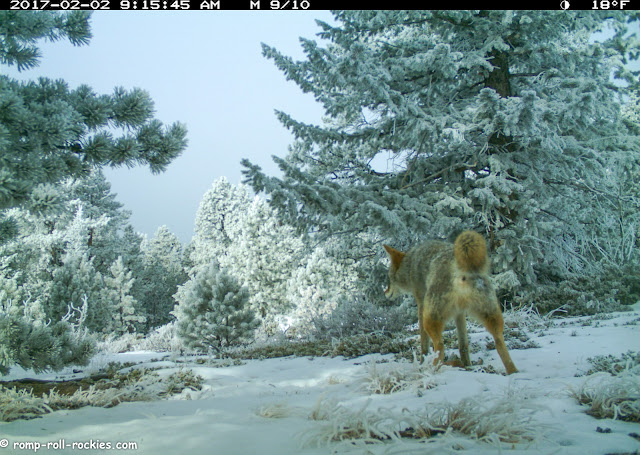 I love coyotes. I have a video of a coyote pack howling on Youtube, and I'm consistently shocked by the hateful comments people leave about coyotes. I delete them but there always seem to be more haters viewing it. I wish that these magnificent animals would be appreciated as our most successful wild canine.
Posted by KB at 4:10 AM