This dog may look contemplative sometimes but she's happiest when she's in action. She and I share that trait. We both love the forest and enjoy a quiet moment of sitting still. However, ultimately, we both love to move through the forest as gracefully as we can. 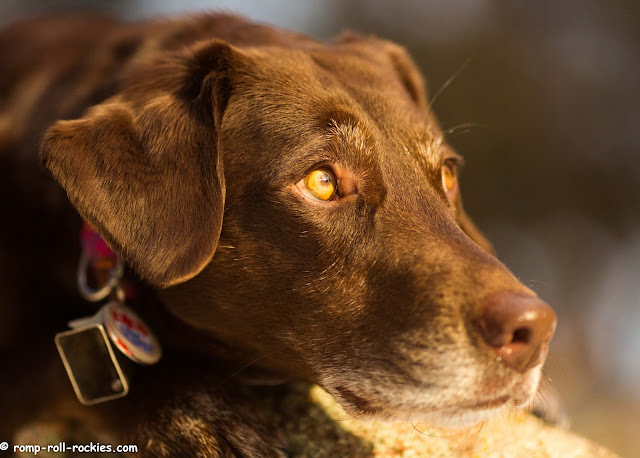 After I decided to keep her away from all things that she could take flying leaps from to prevent injury, I discovered that there are far more leaping takeoff boards in the forest than I thought. She finds them and surprises me - like in this moment of flight. I believe that she didn't want to run through the bushes at the bottom of the photo so she flew over them. 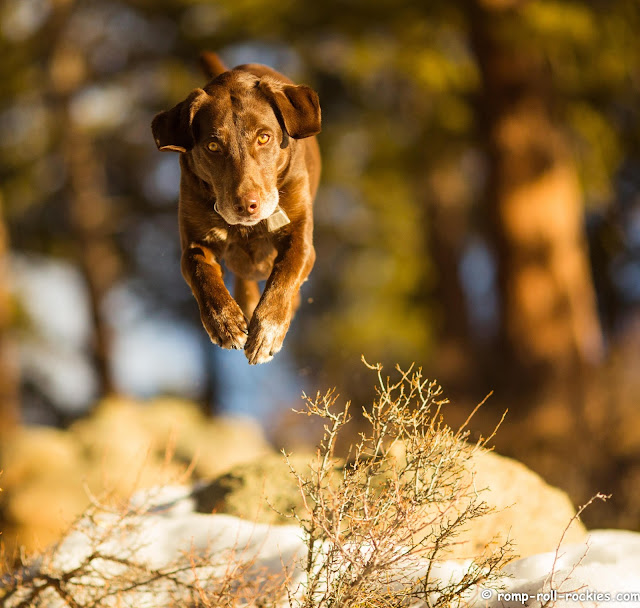 This moment was during a recall. It looks innocuous enough but there were some shrubs that she didn't want to run through so she took off! 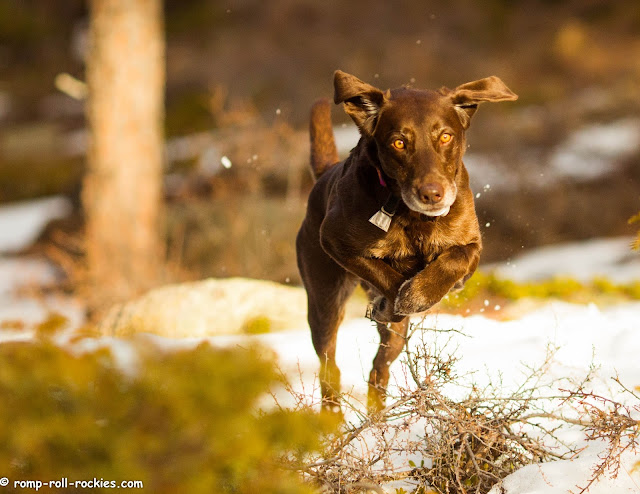 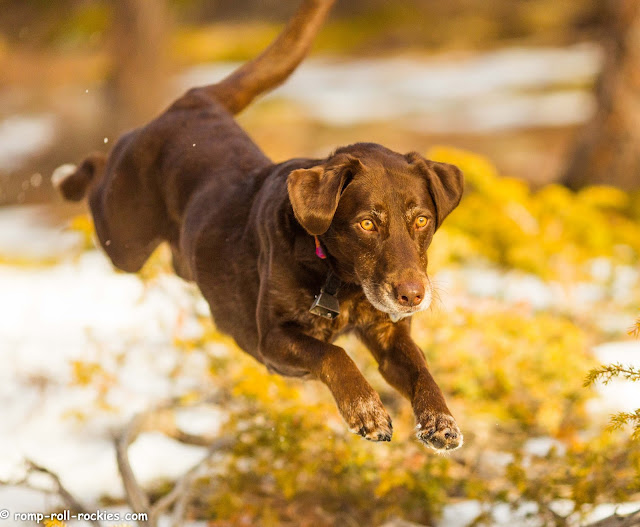 She is, quite simply, the most athletic dog who I've ever had the honor of riding with in the forest. The only reason why I can keep up with her is that she slows down for me!

I've been worrying about her joints because several of her close relatives have ruptured both of their ACL's. I'd hazard a guess that there's a hereditary factor in those injuries. So, I'm trying to slow Shyla down when it comes to flying leaps, and I'm researching how to strengthen her leg muscles to prevent such an injury. After teaching R all his rehab exercises, I feel ready to teach Shyla her very own strength program!
Posted by KB at 4:08 AM