I had the honor of having both halves of the Labraduo on a bike ride with me yesterday. Unfortunately, neither the snow biking nor the photography conditions were ideal.

For the second half of last week, we suddenly had very high winds (gusts up to 95 mph) and extremely warm weather. That means that some places have lost their snow but the majority of our trail system is covered in a thick layer of mushy slush. It's almost impossible to ride a bike on that stuff so the Labraduo and I didn't make it very far during our trail ride.

During our ride, the sun didn't rise above the cloud bank to the east until quite late. Then, it popped in and out, depending on where the scattered clouds were. Sadly, that made photography tough too!

Last, but certainly not least, I almost couldn't write this post at all because I lost access to my photo library for a few hours due to a corrupted file. You probably can imagine my panic.  However, after reading about a million Lightroom advice web pages, I found a solution. (I do have backups of everything but none were solving the issue because a corrupted system file was the culprit). Thank goodness I solved it!

After all of that, I'm glad to have any photos to show you! Here's the Duo this morning in an area that lost all its snow in the past few days. I love seeing them run together! If it were May, I'd be rejoicing that we could see the ground and some green. However, this is so weird in February that I'm not happy about it at all. It's supposed to be winter in February! 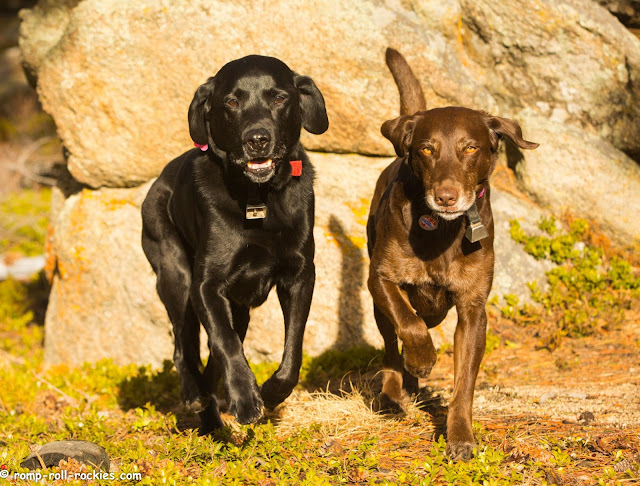 R looked magnificent galloping on dry land! There was a time when we thought that we'd never see him run like this again. He looks so good that people keep asking if he's a puppy! 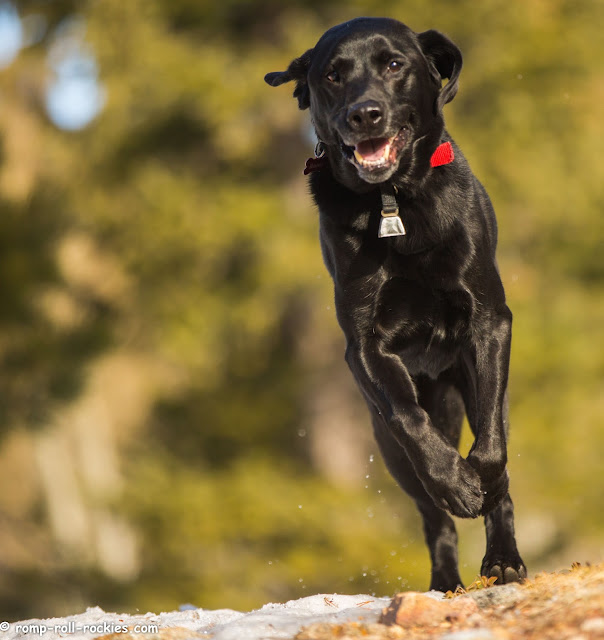 He's so funny - he has no respect for my personal space so he basically barrels me over as I photograph him on a recall. This was a last quick photo before I barely dodged him! What crazy ears he has! 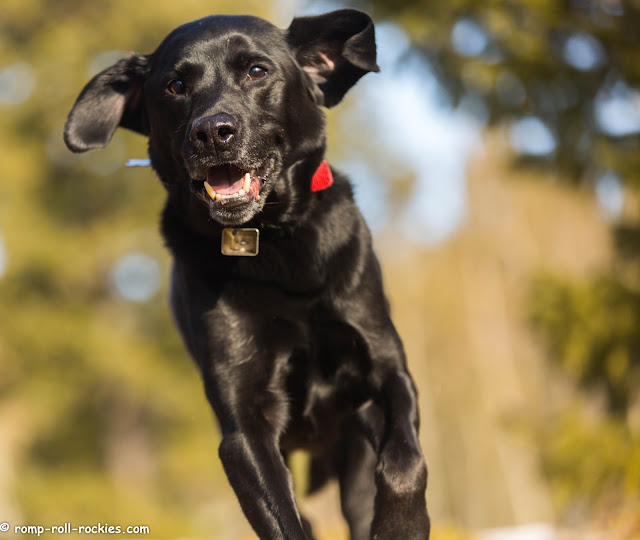 I get such joy out of sharing a bike ride with our Black Dog that the Runner and I have occasionally been "switching dogs" for our forest outings. It's been really fun for all of us. I love spending time with our Black Dog and getting to see the fruits of all the time we've spent rehabbing his elbow!
Posted by KB at 4:09 AM