Shyla is Back Running & The Moose were out to Celebrate!

Shyla and I headed out together for a snow bike ride this morning. We stopped almost right away for some photos. She threw snow into the air in celebration! 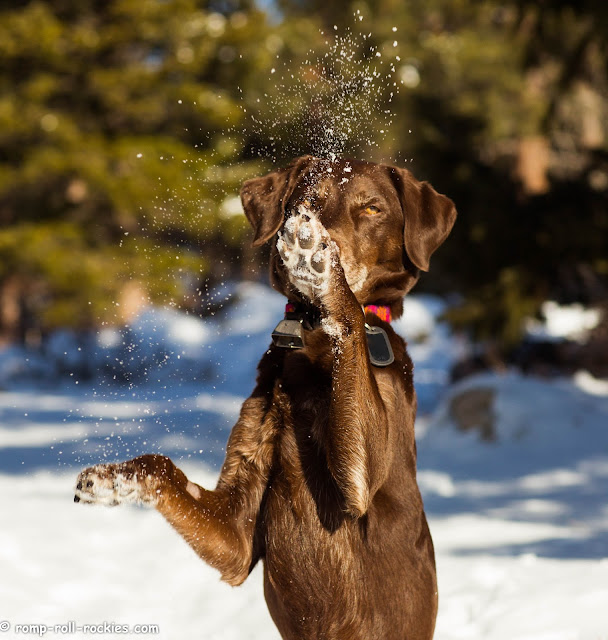 She's not allowed to eat anything hard so I was using small pieces of cheese as my treats for her. The Runner and R came along, and they'd usually run right by. However, R sniffed the cheese, and he decided to stay! Anything for cheese... He'll even pose and look vaguely in my direction for the sake of cheese! 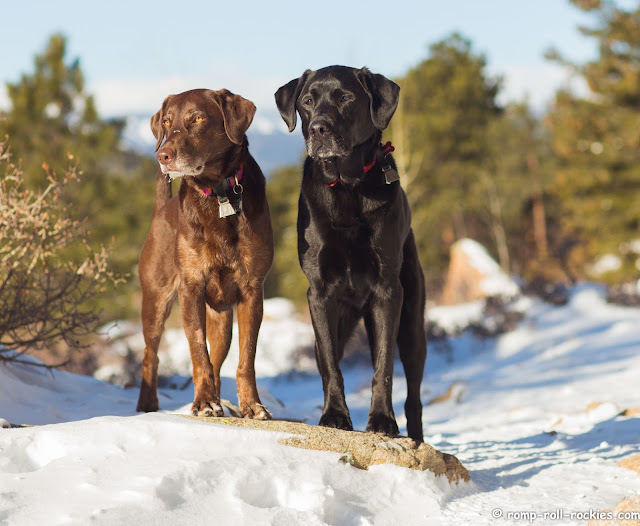 The Runner returned for him soon and accused me of "dog napping"!

Shyla and I rode onward in wind-packed snow that kept grabbing my tires and tossing me onto the ground. And sunshine!!!

Look at this scene. It looks bucolic with the snow and blue sky. You can see my wind-degraded tire tracks from yesterday. Do you see anything that would make you think that I should turn around? 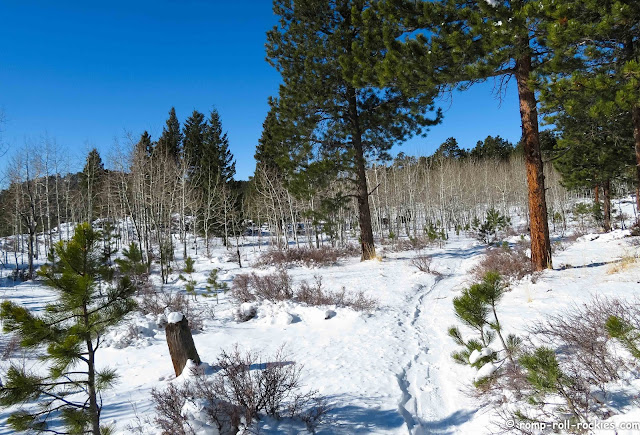 People always laugh at me when I say that I have trouble spotting moose in the forest but the moose in this photo are not obvious despite their huge size. There are two in this photo, just to the right of and behind the pine tree in the middle of the picture. Shyla had told me that they were there by stopping in her tracks and staring straight ahead. I called her back to my side before I took out my camera.

The mother moose who we saw today has a distinctive mark - a silver spot on her right shoulder that may help me ID her in the future. I don't think that I've seen her before. 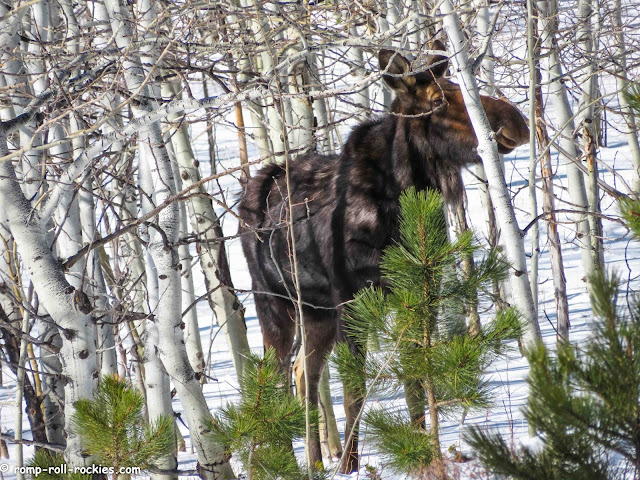 At first, she seemed unconcerned, looking away from us and reaching for aspen twigs to eat (photo below). 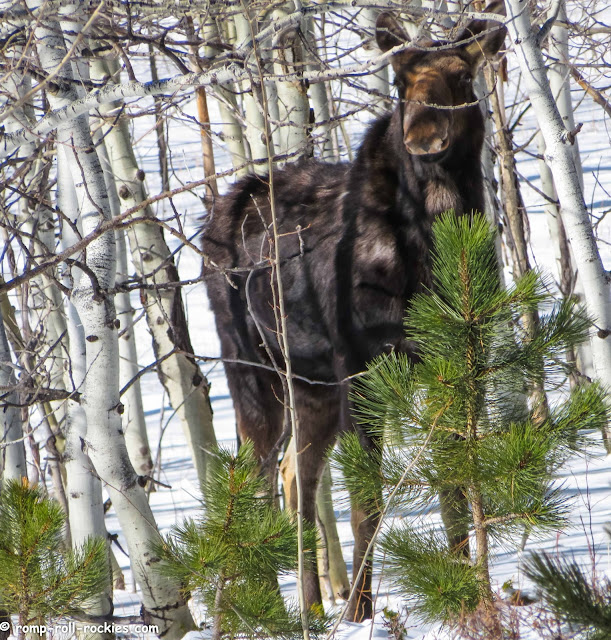 Then she gave us "the look", and I retreated fast. As you can tell by the first wide angle photo, we were not close to her. However, a dog makes a moose encounter much trickier because moose are so wary of them.

Here was the look that sent me away. 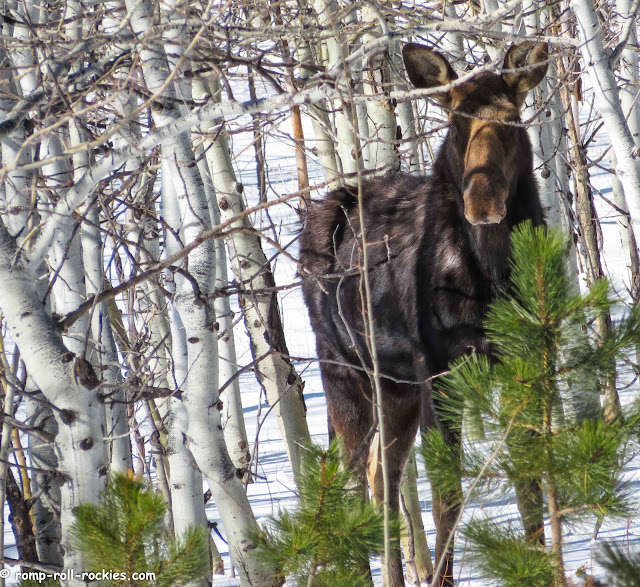 Indeed, as we retreated, she did a little trot in a circle. I don't know what that meant but I was glad to be far away. Her calf was just out of the picture and behind her in all the photos. It's amazing how moose have ended up dominating many of our winter outings for the past few years!

We took the long way home to avoid aggravating mama moose, and we stopped for a few more photos. Shyla was almost flying because she was so happy to be running again! 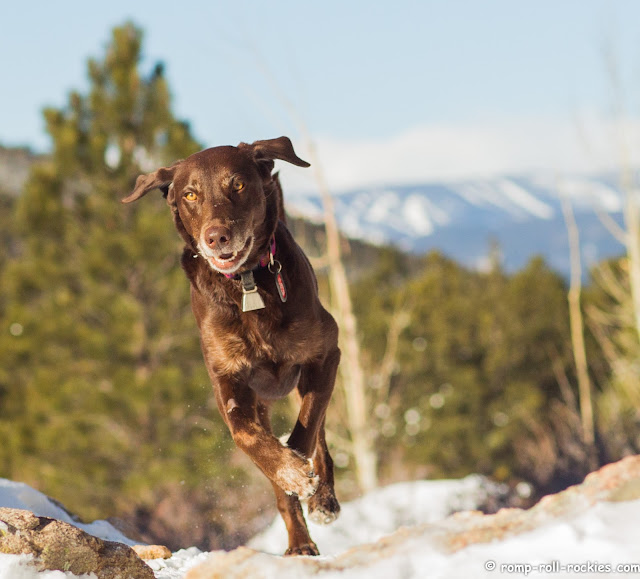 And, I was beyond happy to have her back out on the trails with me!
Posted by KB at 4:04 AM