Feline and Nature Friday - The Forest is Thick with Mountain Lions

I trekked in complete solitude to check trail cams. Every camera I checked had mountain lion footage on it. Yes, *every cam* had lion activity. I am not usually a nervous person but I started looking over my shoulder frequently.

This post would be too long if I tried to include all of the lion footage so this post will include the highlights from one part of the forest.

This guy was out in the middle of the day, not too far from homes. I love the idea that animals this large are wandering peacefully among us in daylight with no one noticing. 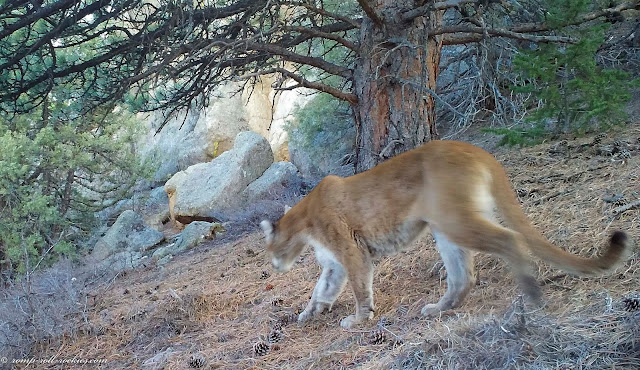 Just like I was, he was looking over his shoulder! He was probably worried about humans seeing him. 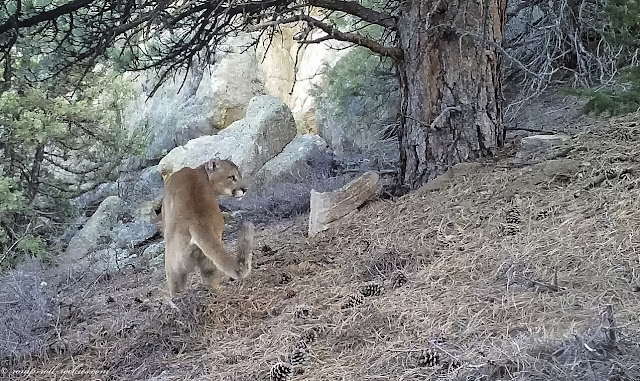 Then, he showed up at a nearby site, stopping to evaluate the scene before stepping fully into the view of the camera. Look at the ragged upper edge of his left ear. I wonder what happened to it. Frostbite? An injury from another animal? 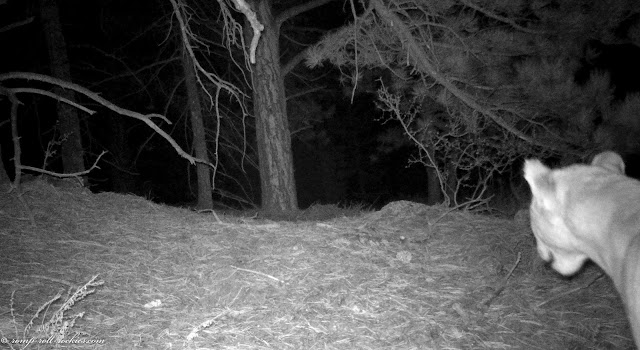 When he stepped into view he sniffed a branch in a handsome pose. 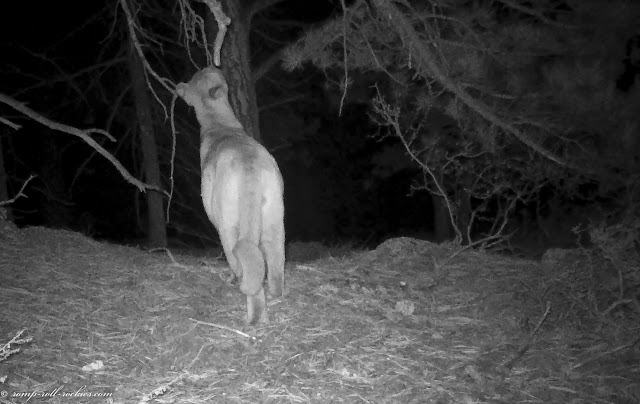 These photos are from a small area. Usually, a lion will stay in a small area only to stay with a carcass. However, Shyla did not alert me that there was a carcass nearby. I still feel sure that the lion had a kill stashed there. He triggered one camera 10 times in a couple of days, making me think that the cam was very near the carcass.

Meanwhile, very nearby, a bold bobcat left his mark by marking within a mountain lion scent mark. 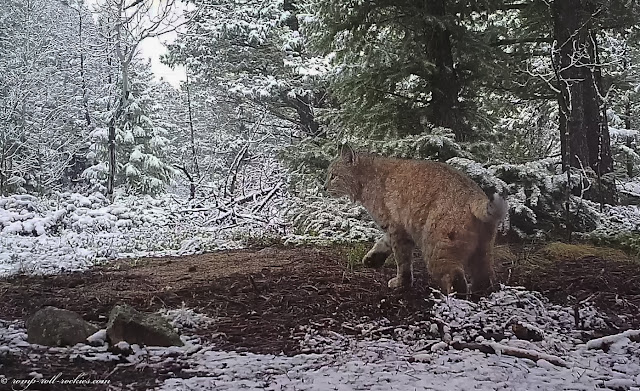 In the opposite direction from home, another mountain lion was extraordinarily active and visible... but I will save that for another day.

You can watch my video of these ghost felines who pad through the forest silently and secretly.