Hachi has had a boring week, despite some stressors like needing to go to the big city with us to visit my dad. The behavioral vet is guiding us through a change in his meds. We are increasing his Reconcile (doggy prozac) and adding a new short-term anxiety drug. Just for my memory's sake, I will say that he had no growls or snarls all week.

I suspect that his good week has had more to do with finally settling into a home routine again, after travel and a lot of worries for us humans. No doubt, he can read when we are stressed, and it affects him.

We've worked a lot on his recalls this week, mostly as a team calling him back and forth. Sometimes, one of us serves as a distraction as the other calls him. We'd like to make his recalls as strong as they possibly can be.

The photos in this post are from that glorious mountainside of yellow flowers that I've been featuring over the past week. We did recalls in the flowers - but, as soon as Hachi started to run to me, he disappeared below the flowers. All that I could see was the tops of the flowers moving as Hachi plowed toward me. It was hilarious! 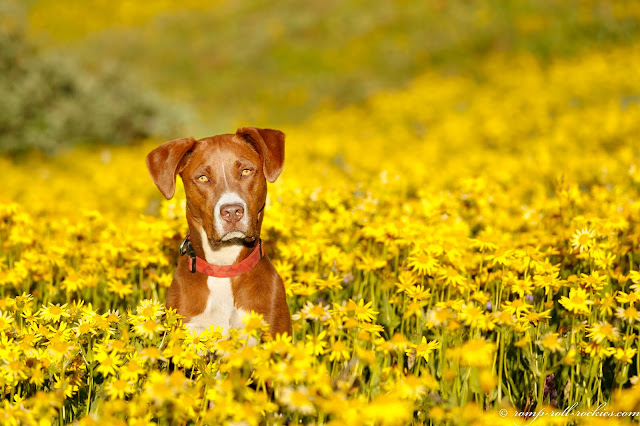 When I work with him, I can see the sweetness in his heart radiating through his eyes. 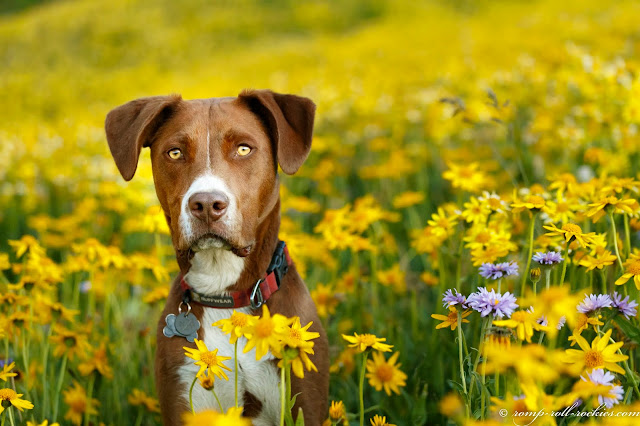 As for "behavior modification", we continue to work on him disengaging from strangers when he spots them in the distance (he gets a treat when he looks away from them). He is great at this game when he's not surprised by strangers but it's very hard for him when they appear suddenly. 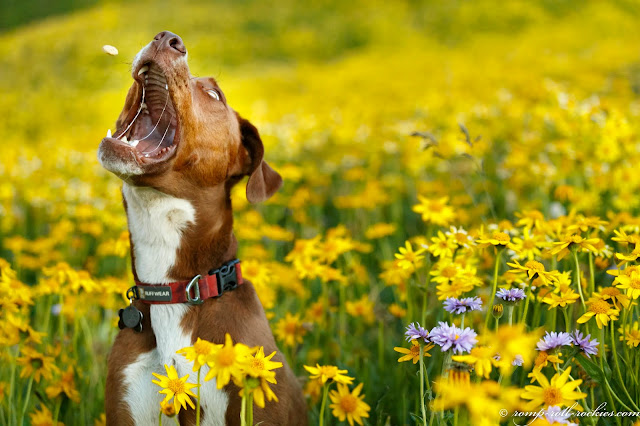 We love this little guy, and I'm feeling more hopeful again. It's amazing what a good week can do for my outlook!
Posted by KB at 4:00 AM