A Mountain Lion on Patrol

Earlier this week, we woke up to a layer of snow. 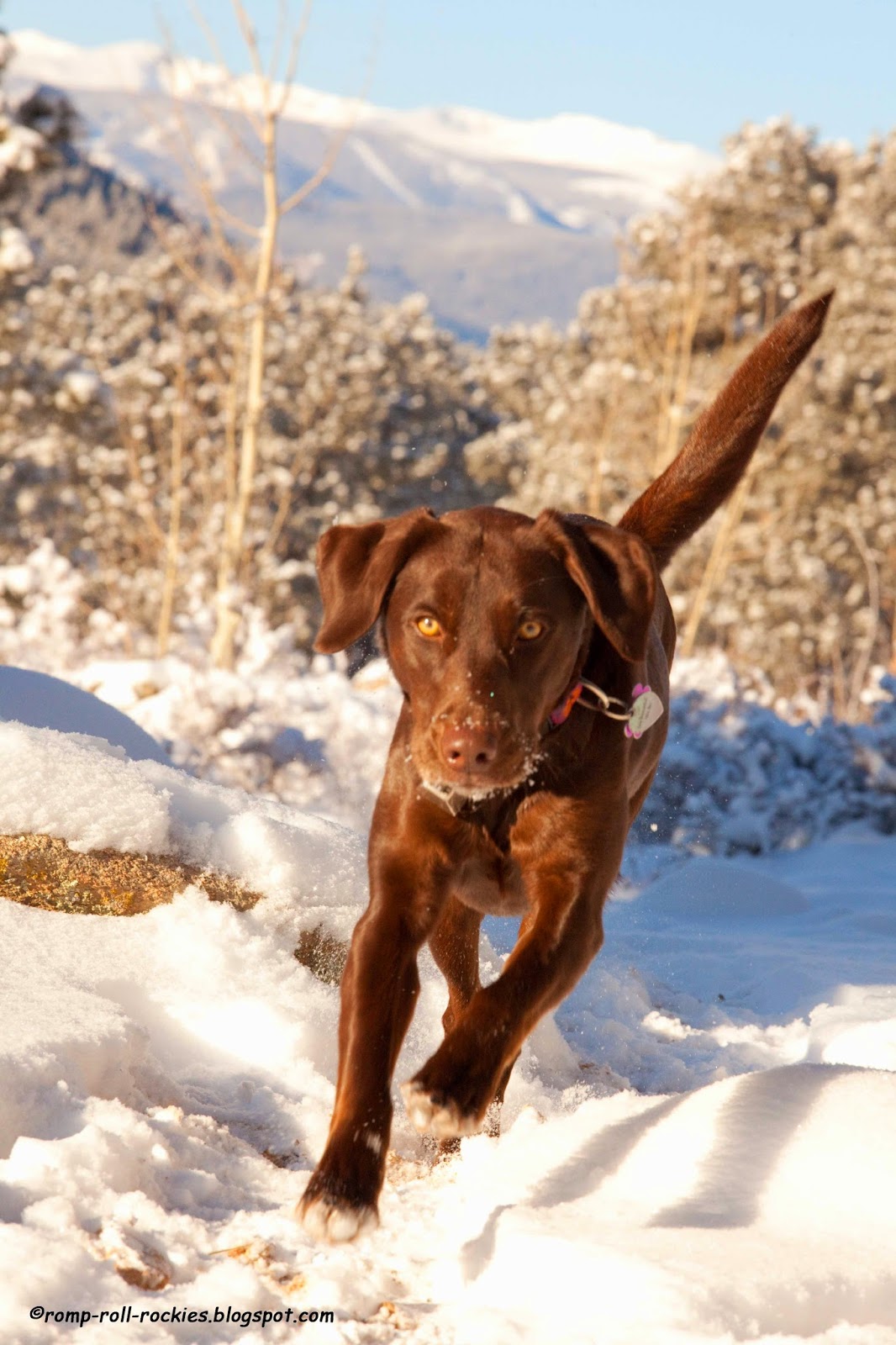 As I pedaled around our trails with Shyla, I noticed mountain lion tracks. They weren't perfectly clear because it had snowed a little after the lion walked through. Based on where we saw the tracks, I thought that the lion had probably followed the classic "mountain lion route" through and around our trail system.

I dropped Shyla off at home, and I rode to different spots on that "route" where I've seen lion tracks so many times over the years. He did indeed follow the expected route, with only small variations.

His tracks came through the pine trees in the photo below. He dragged his paws slightly, leaving marks in the snow, even though the snow was not deep. I wonder if he's an older and stiff lion. 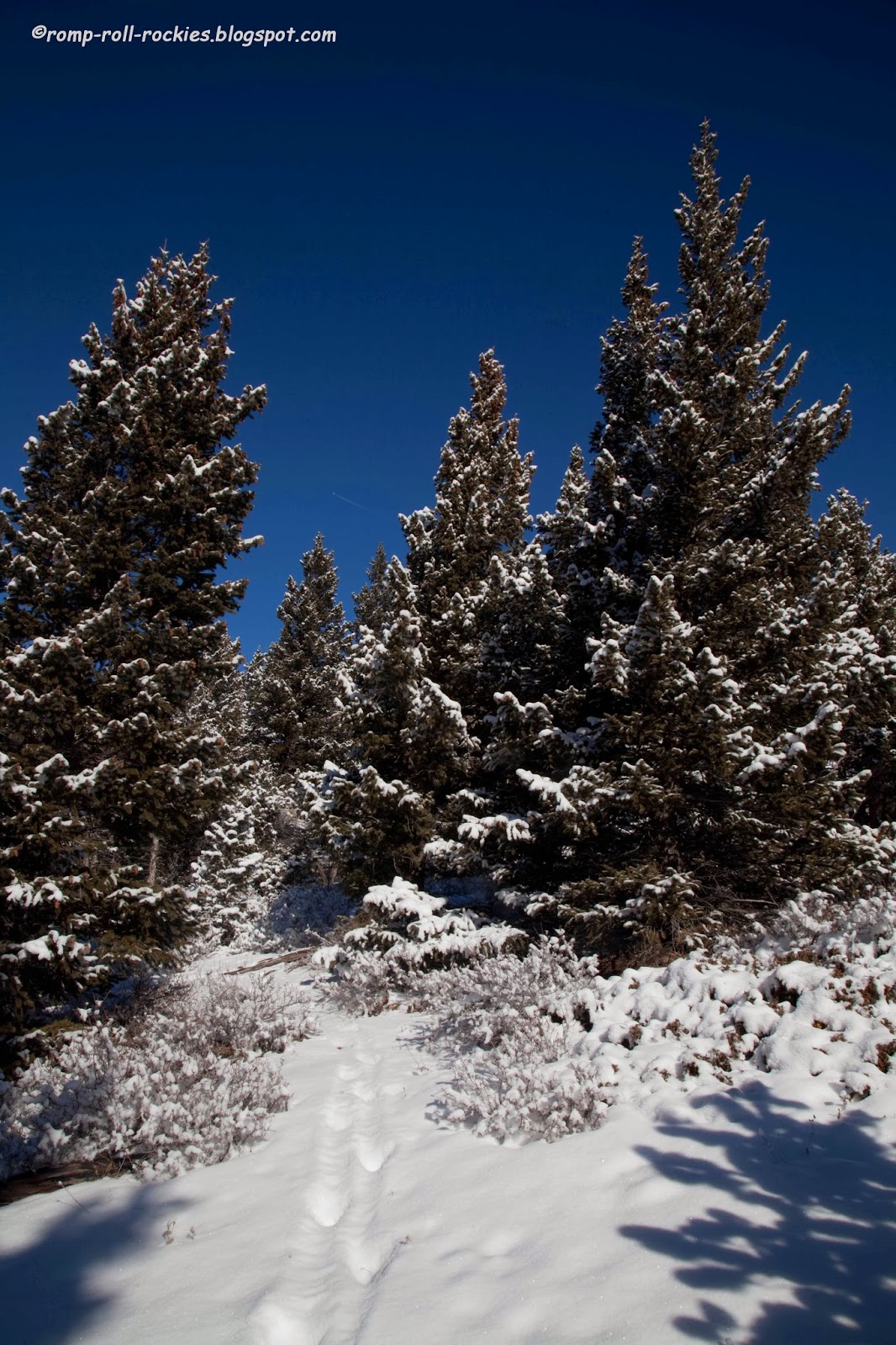 I have trail cameras posted along this "classic mountain lion route", and I caught his image at two spots.

He walked past the first camera, with snow hurtling out of the sky. 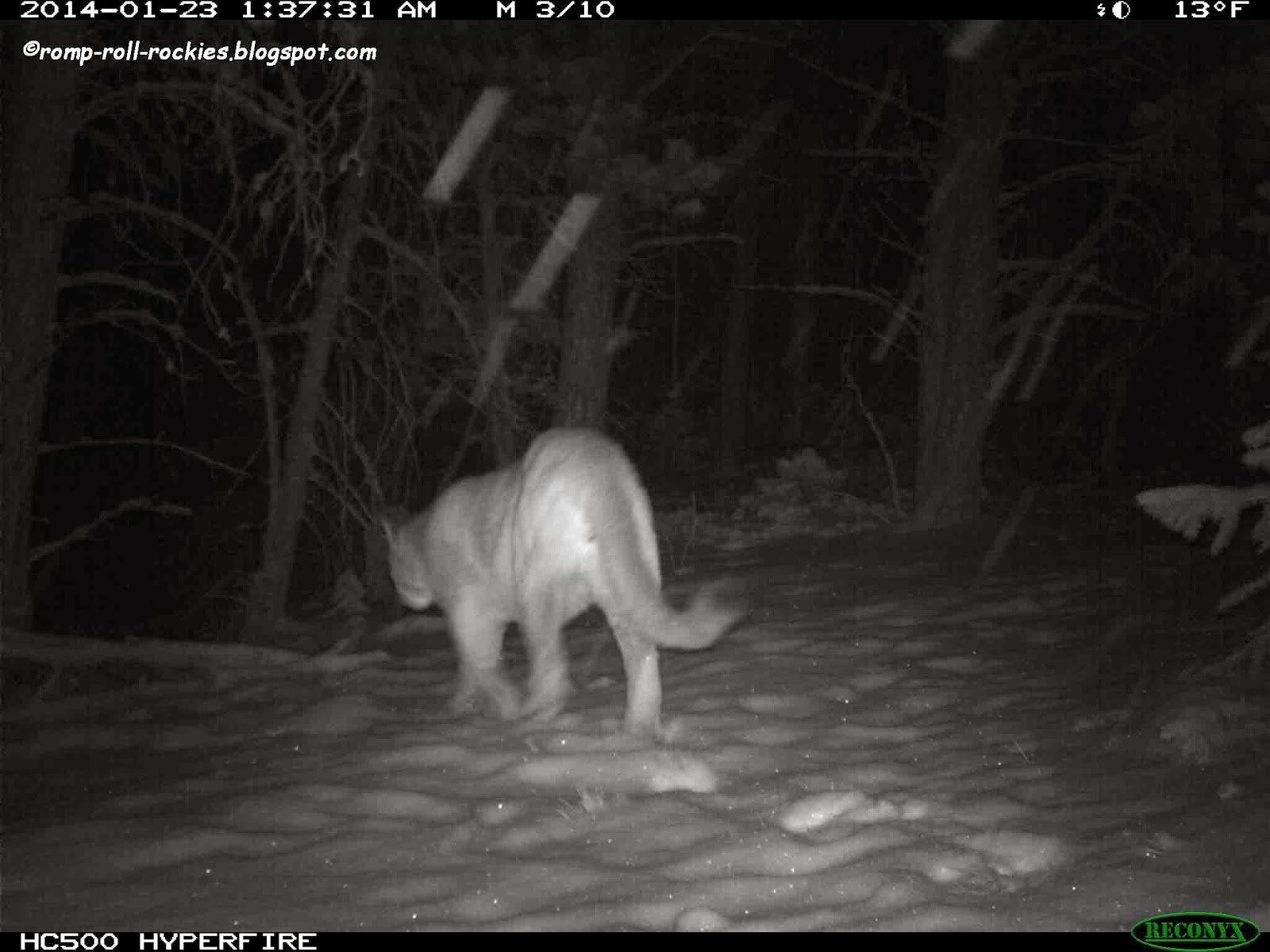 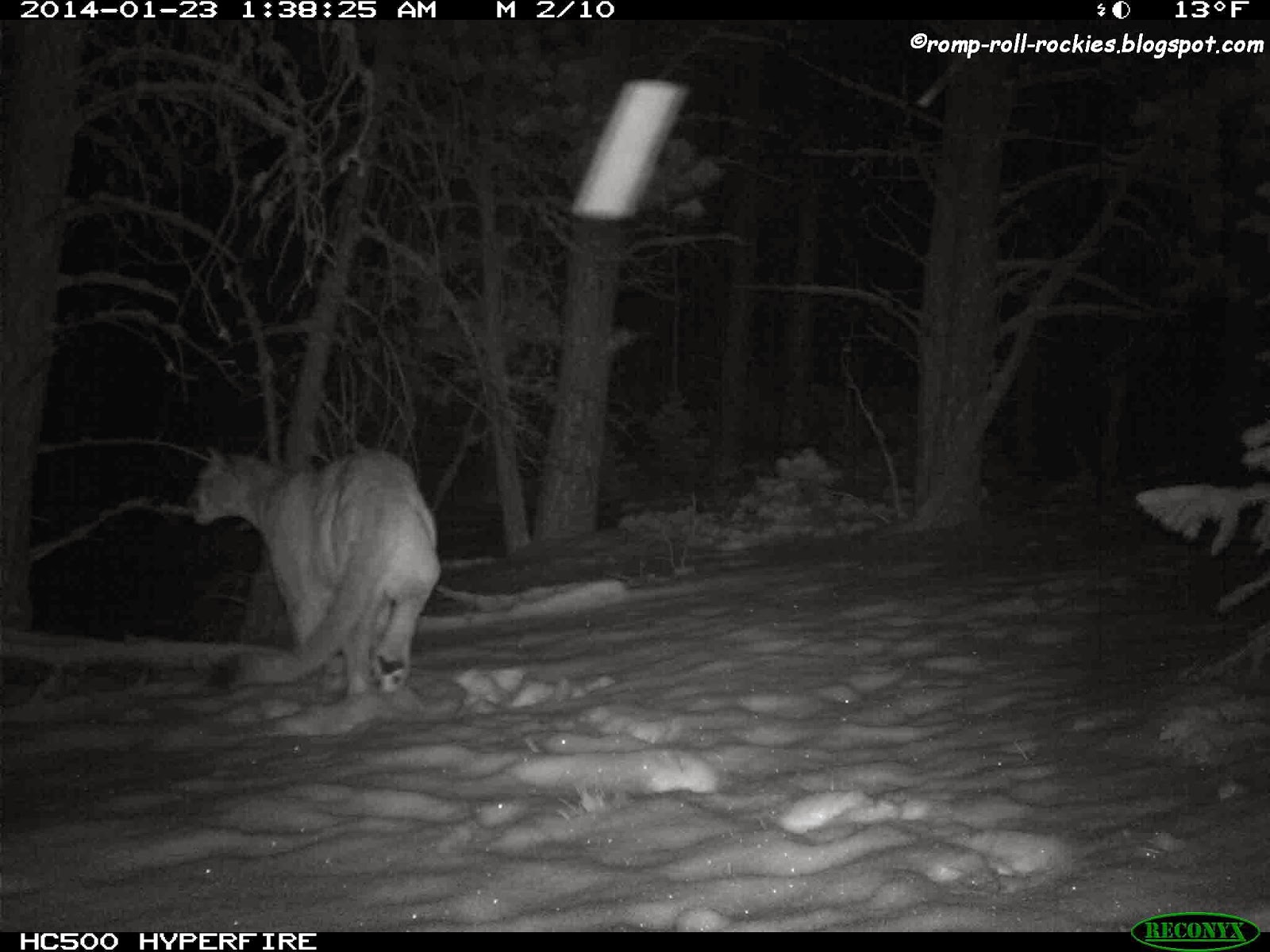 He sniffed the area where a juvenile mountain lion has previously rolled around and rubbed his back on the ground. 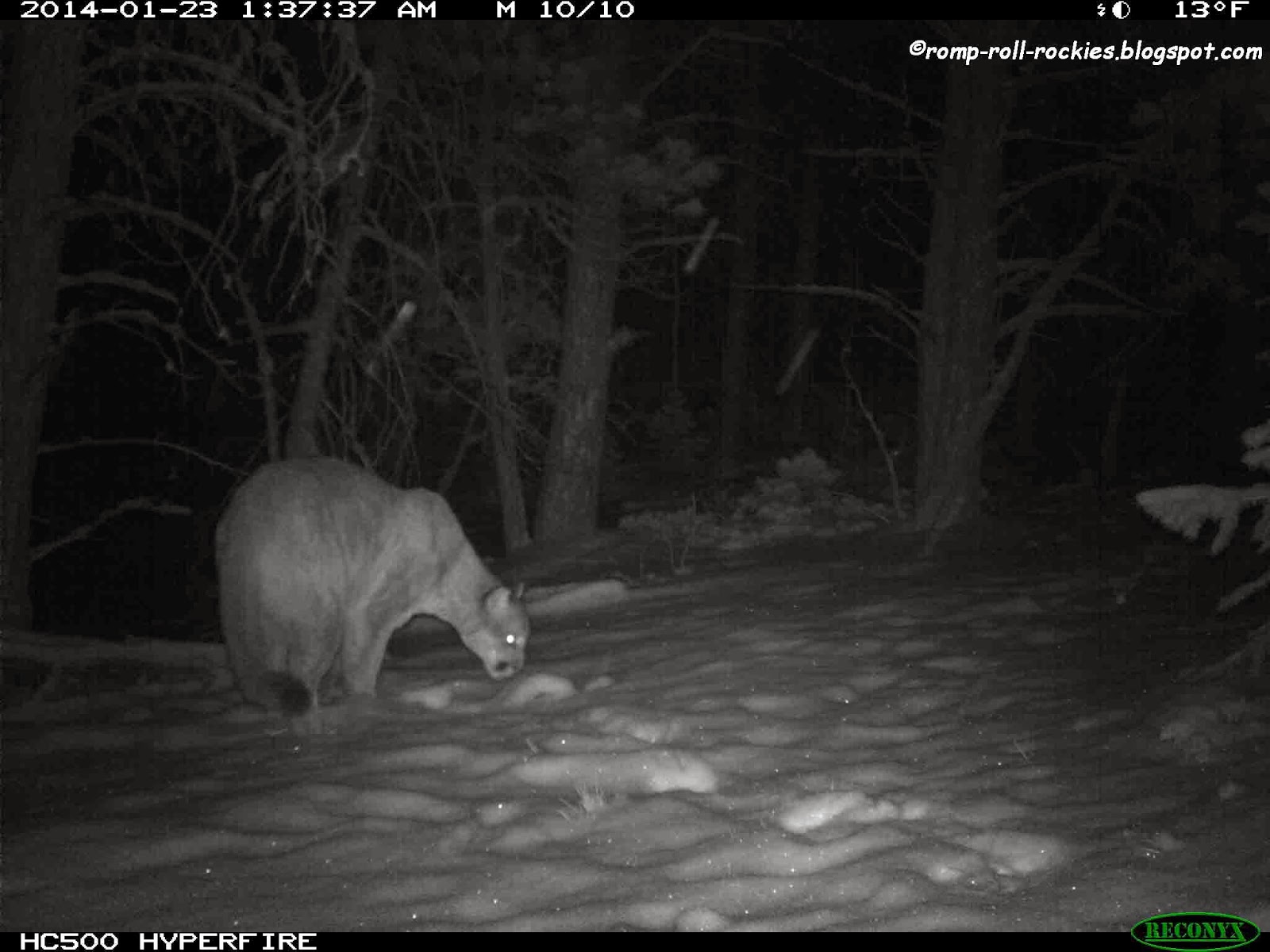 This lion was far too serious and mature for such antics. He walked away after a quick sniff.

Then, about a half mile away, he walked under a huge Ponderosa Pine tree where I found mountain lion scat and a "scrape" about five years ago. Ever since then, I've monitored this tree in the winters (this is a "winter route", not used much in the summer). I see about two mountain lions per year pass this spot. 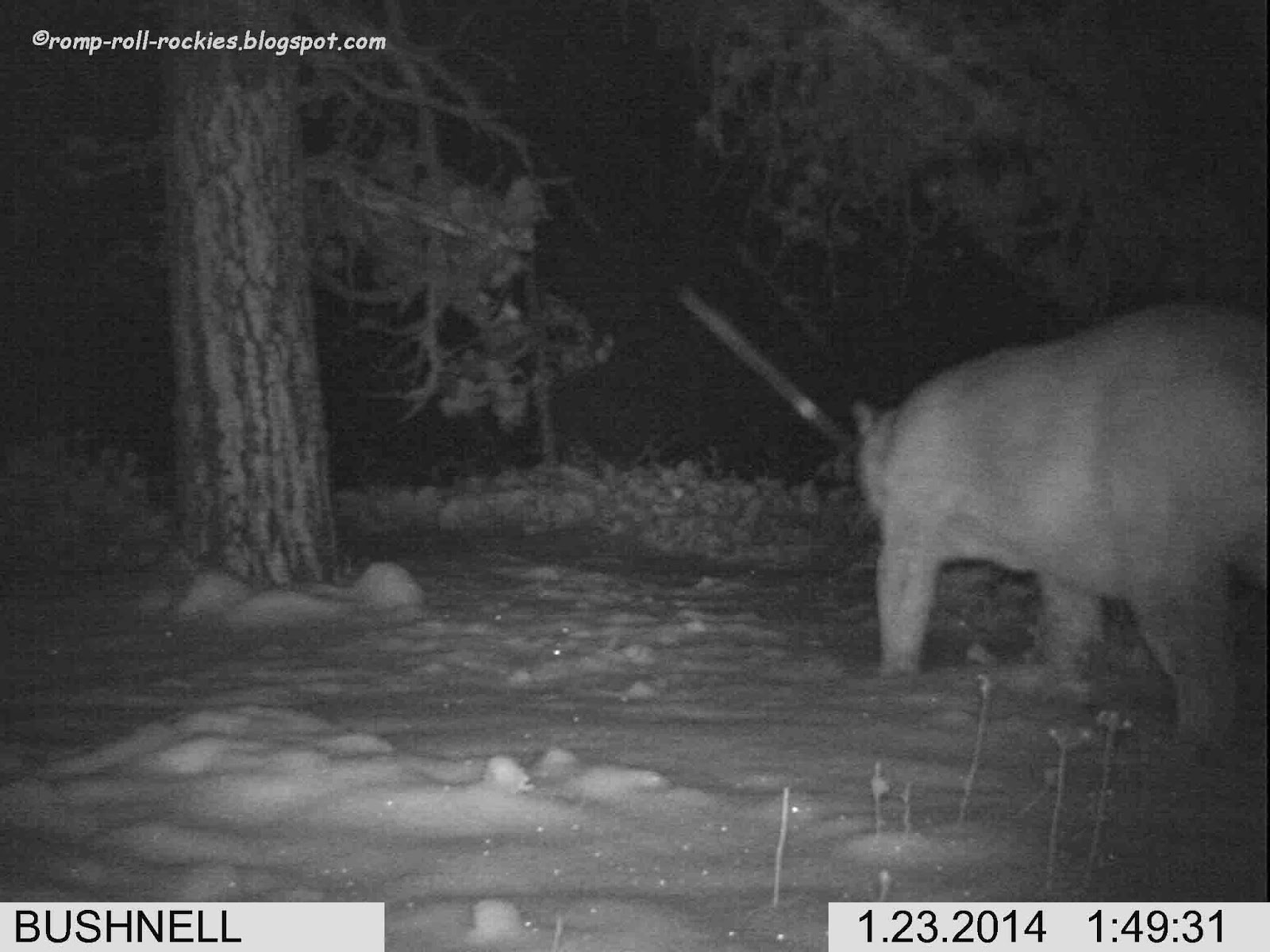 This guy walked past, and then stopped almost exactly where I found the scat so many years ago. 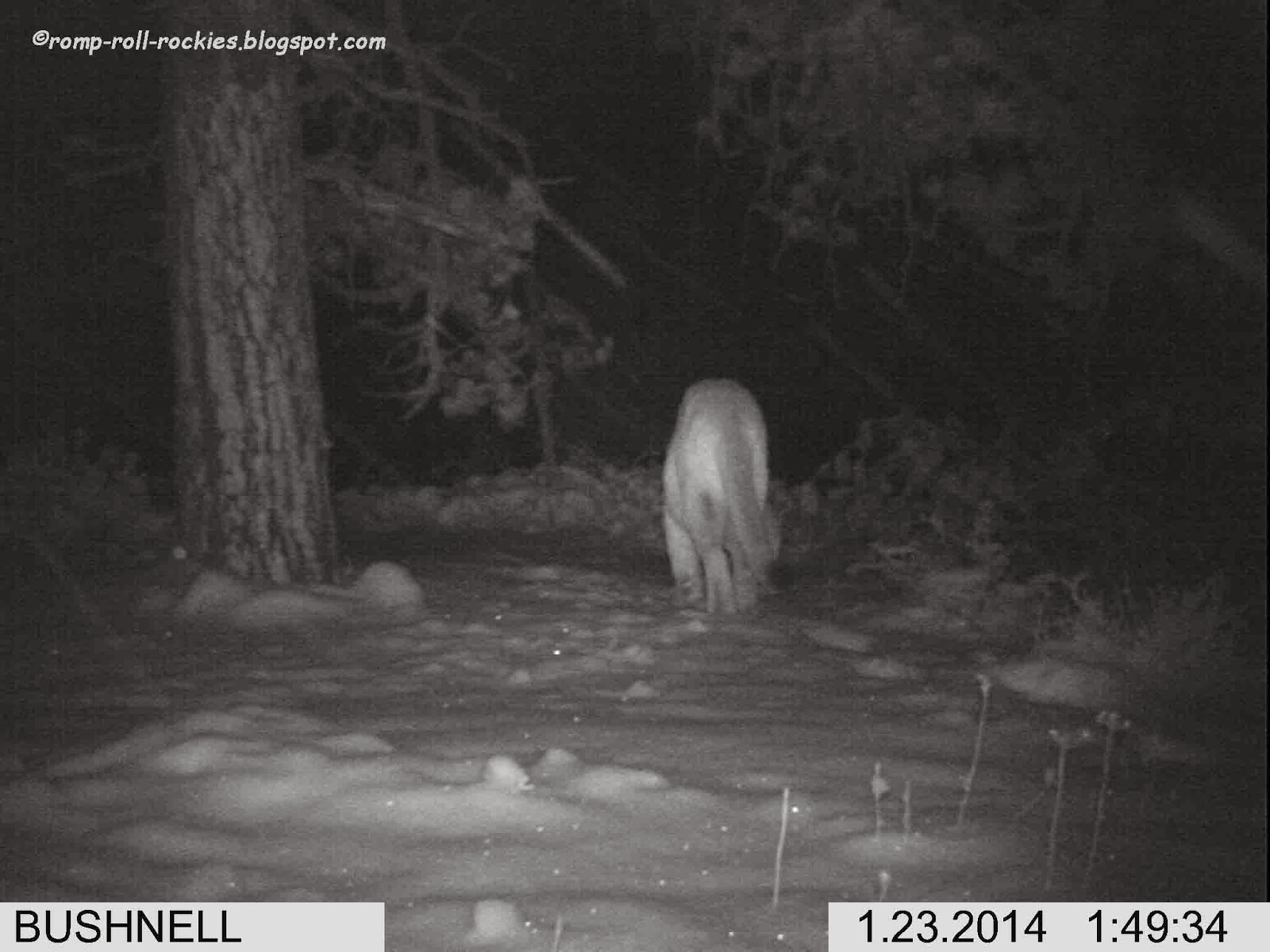 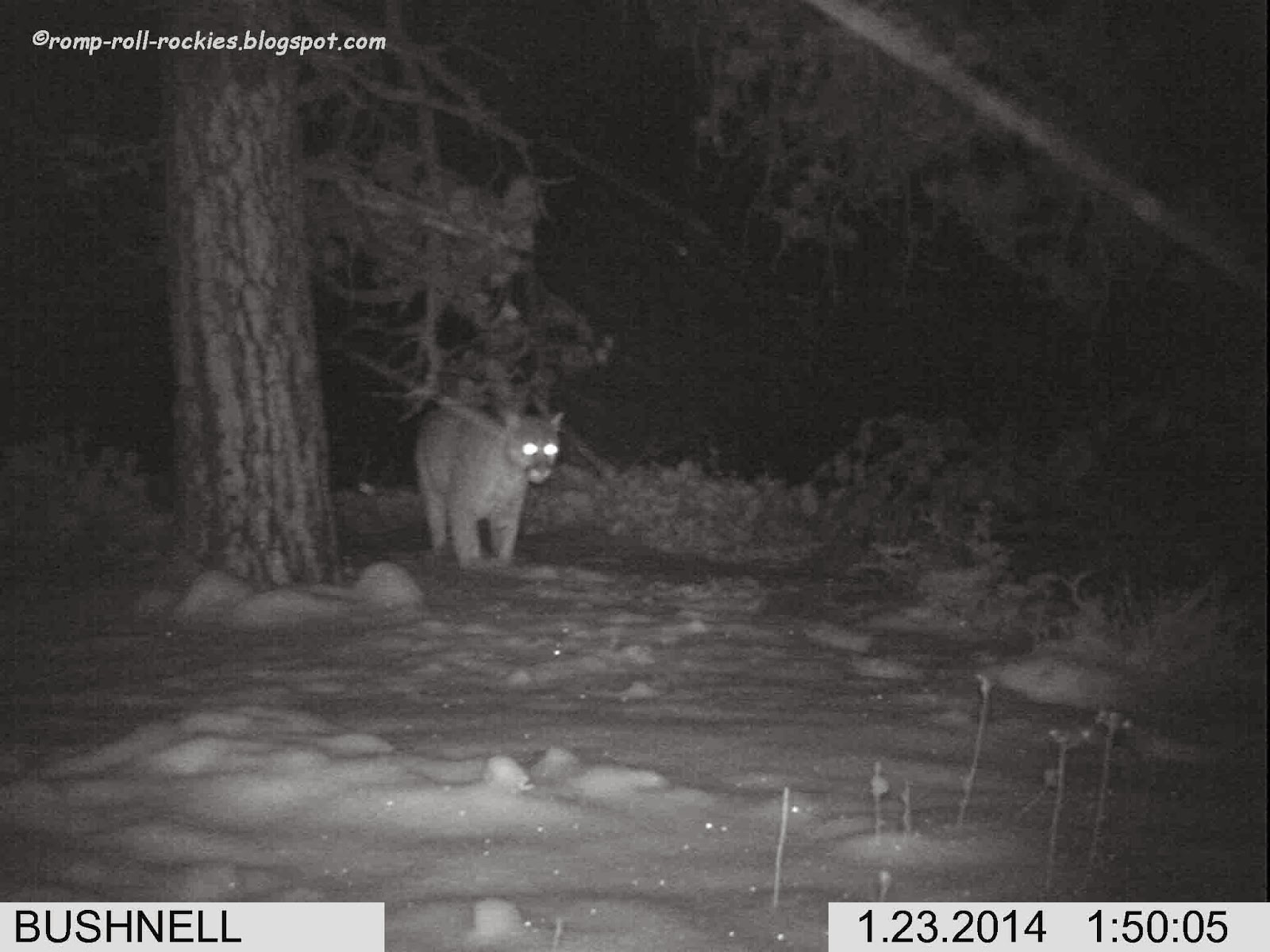 And then, he decided to scrape under the tree. A "scrape" involves kicking backward with each hind paw, and leaving a drop or two of urine over the scrape. Males do this most often. As I followed this lion's tracks, I saw that he'd been scraping like a maniac. He left scrapes all over our forest. 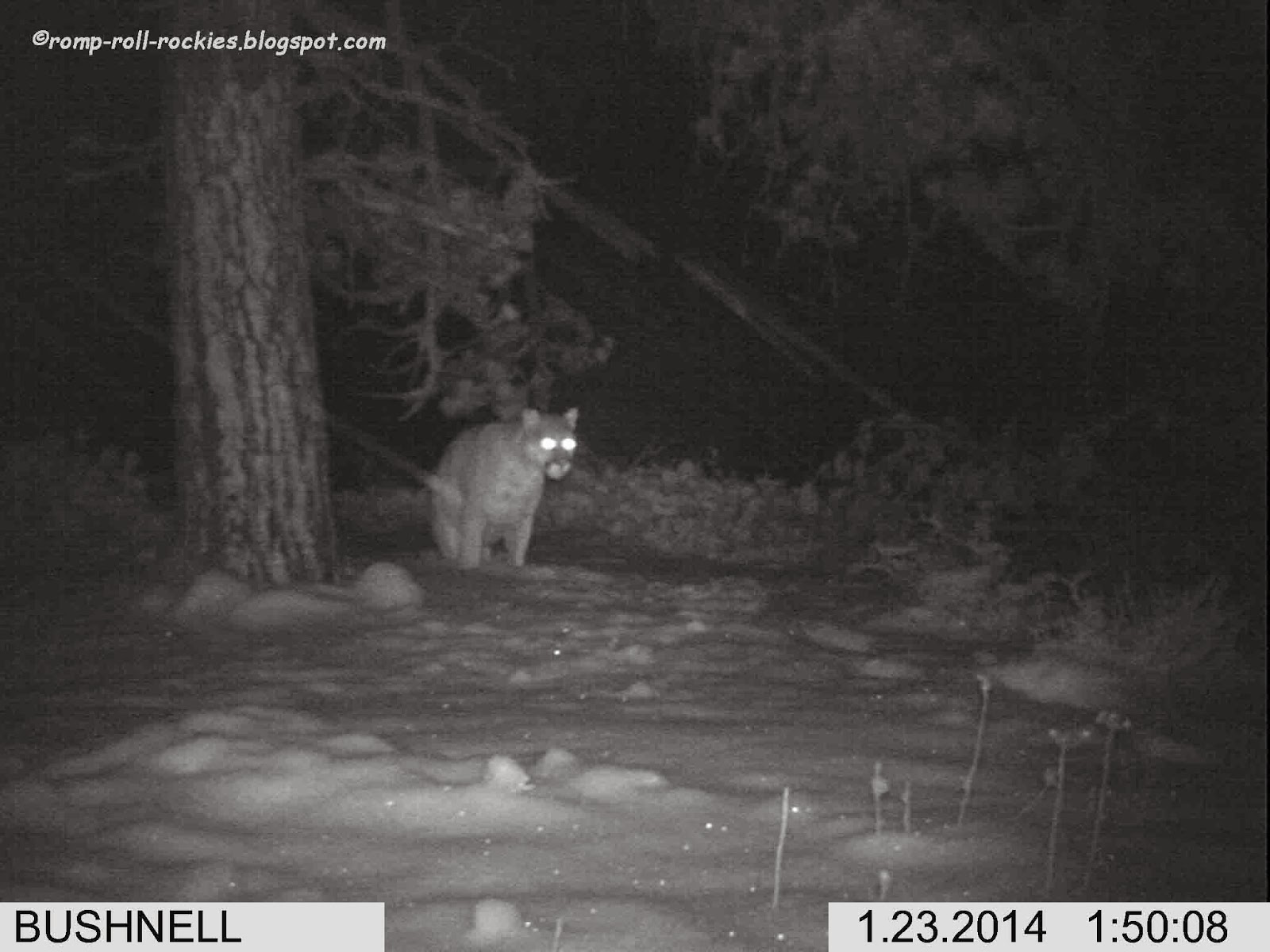 It's been a winter of lots of mountain lion activity in our neck of the woods. Just today, Shyla showed me the remains of a young bull elk that had been killed by a mountain lion. It had been killed out in the open, on the edge of a meadow. Then, the lion had dragged it 25 yards into a spot with more tree cover. I could see the drag marks in the snow. Based on the state of the carcass, it's possible that the lion in the above photos was the one who ate that elk.

Shortly later in the day, I learned that there is yet another elk that was killed by a mountain lion nearby. My friend's dogs found the very fresh kill.

I have a trail cam at one of the kills, and it will be interesting to see who comes to feed on it.

Last but not least, I wanted to share a video from the "New Year's Eve Mountain Lion" who I showed you one photo of in an earlier post. I suspect that this is a young lion, based on his antics. He rolled around in the snow in a spot where another young mountain lion rubbed his head extensively back in July. You can watch the video here or at Youtube.