It was another glorious winter day, with alpenglow to start the day. This is the only time of year when I can get up early enough to see the glow of the nascent sunrise on the snowy mountains. 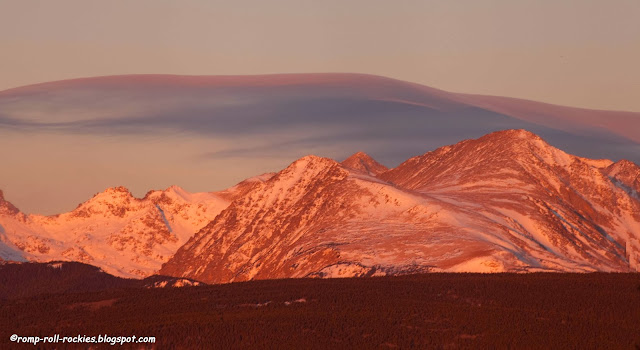 The windswept clouds told the story of a breezy day with a storm front moving in.

Shyla really doesn't like our winter winds so we stayed back in the trees where we were protected from the wind a bit. 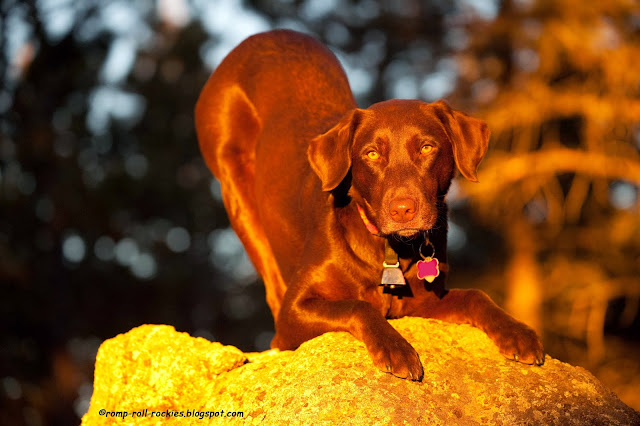 Later in the day, I checked a trail camera that pointed at a bear tree, waiting for the first bears to wake up in a few months. In the meantime, there's been some fun action by other animals at the base of it.

First, a cute rabbit has been hogging the limelight, getting his photo taken hundreds of times. 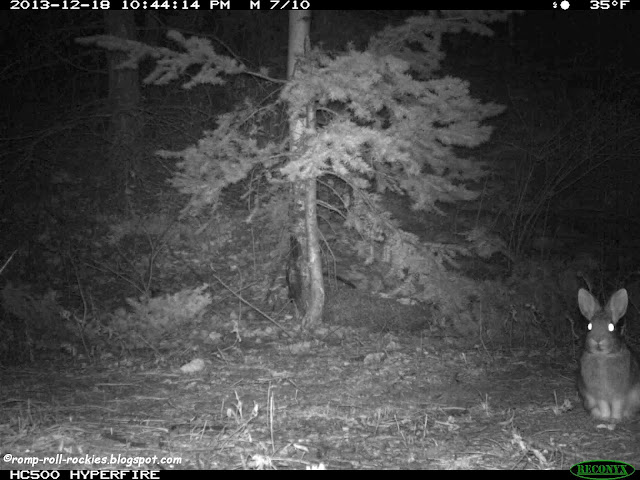 One of his main predators, a bobcat, has been passing the camera almost daily. I get more photos of bobcats than almost any other kind of animal but this one looks distinctive. His/her spots are much more pronounced, against lighter background fur than most bobcats around here have. 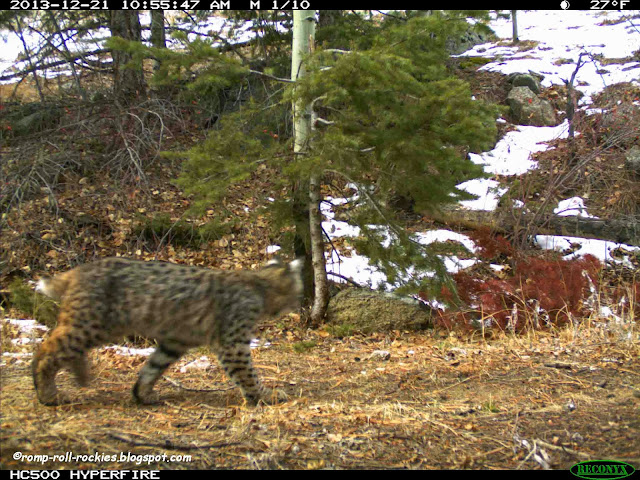 Check out those spots! 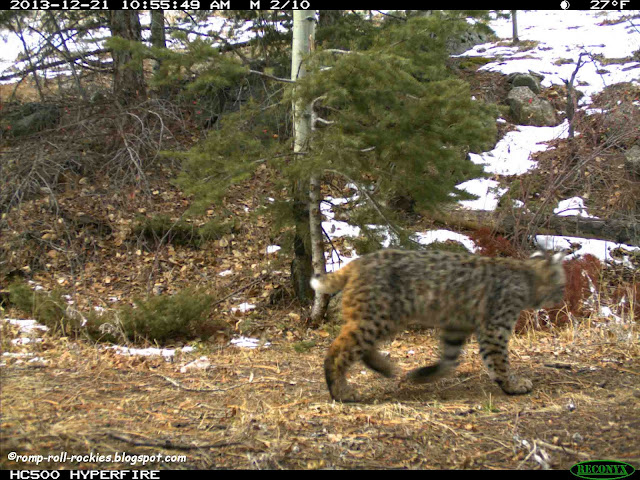 Given that this bobcat has been passing the trail camera almost daily, I wonder if it might be a mother with kittens stashed nearby. Bobcats can have kittens at any time of year, although spring is most common. I'll keep an eye on this spot to see if any kittens appear over time.

Just for contrast, here's an earlier photo of a mother mountain lion and her kitten in the same place. Look how much bigger they are than a bobcat! 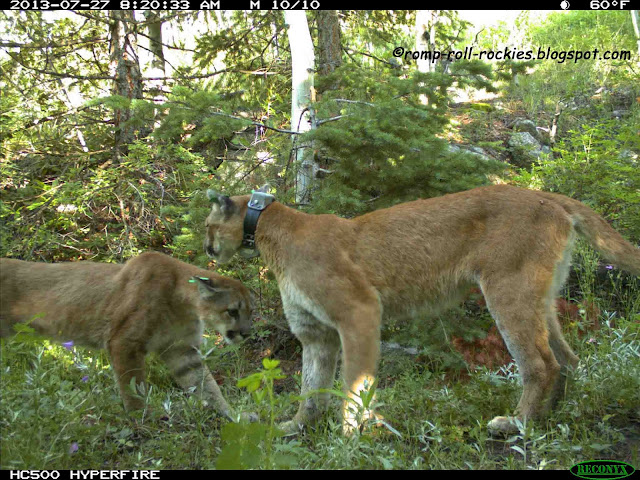 I haven't captured many mountain lion photos lately. I had a flurry in late October and early November, and very few thereafter. I'm hoping for more, especially when the elk herd is in the area. I have seen lion tracks in the snow pretty regularly but they haven't passed my cameras.

Happy Friday to all of you from R and Shyla! 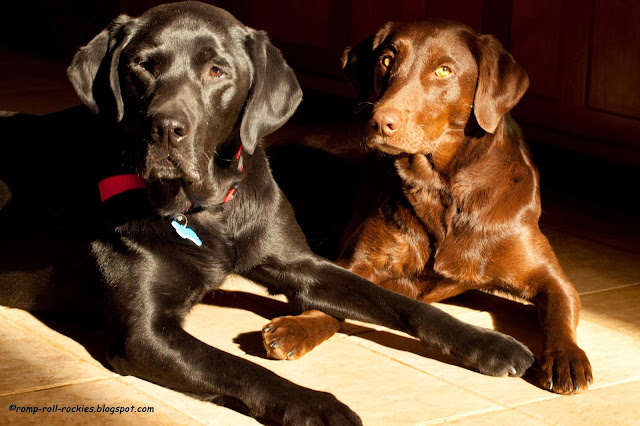