Within a short distance of our home, I've captured many mountain lion photos in the past month, and that's perfectly normal for this time of year.

A half mile from our house... 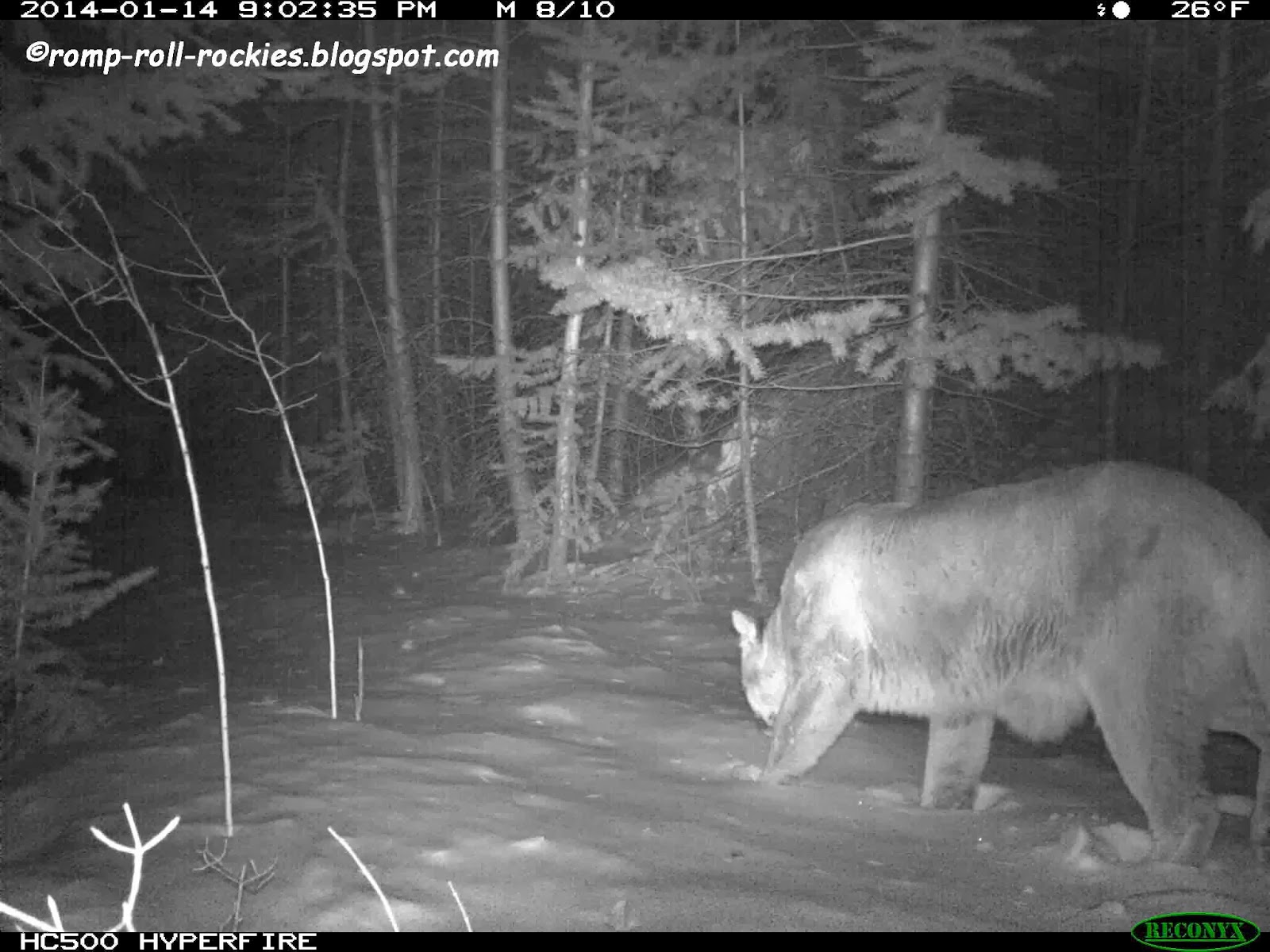 Further from our house... 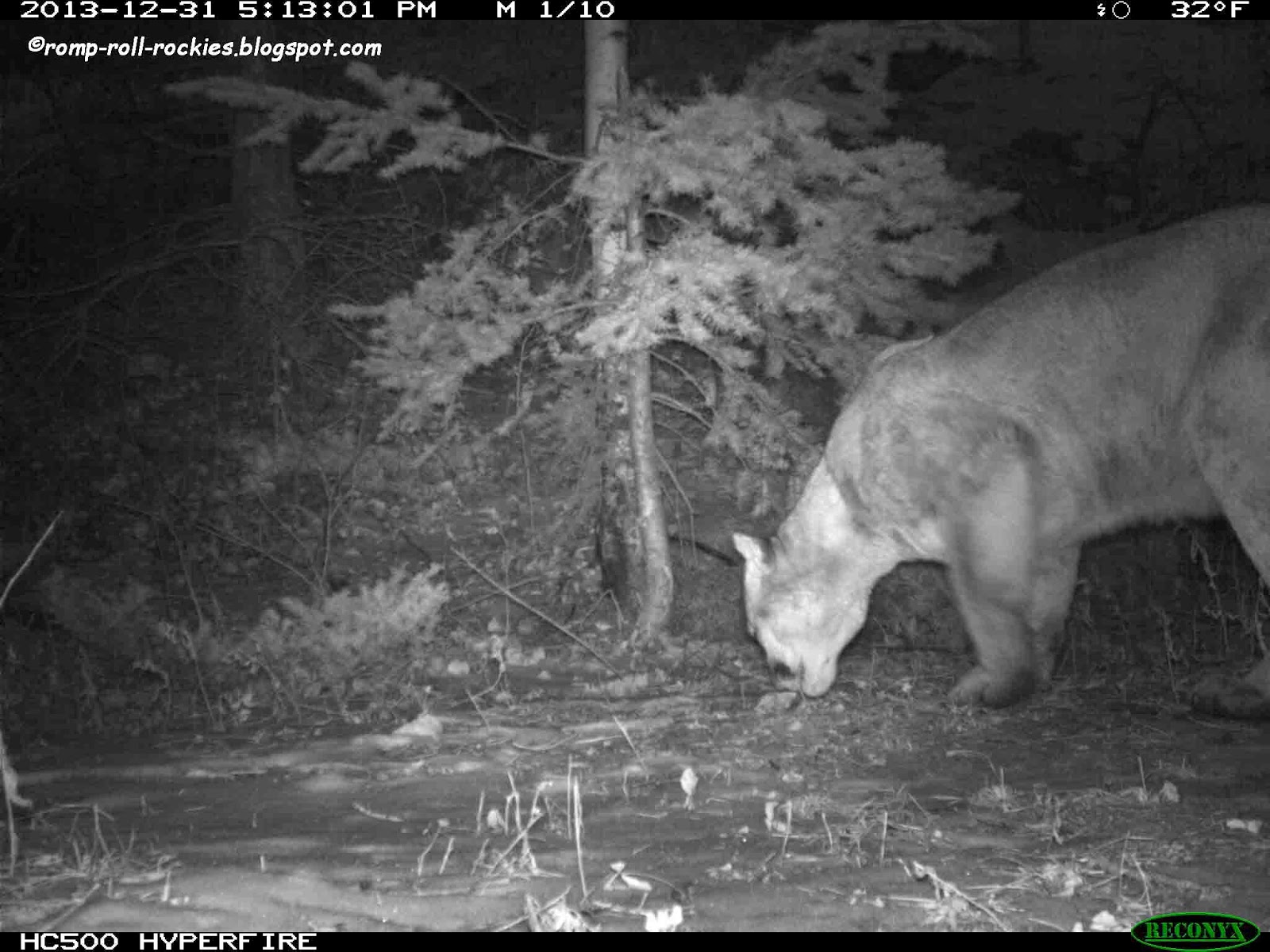 In addition, I posted trail camera photos of other mountain lions just a few days ago. It does help me to feel slightly more comfortable to know that I've never captured a mountain lion photo close to our house. Believe me, we have more wildlife cameras per acre on our land than any normal family so if lions were coming close to the house, we'd probably know.

One reason might be that we don't have lion attractants, like unsupervised dogs, outside our house. Lions do view dogs as edible prey. So lions are more prone to approach houses with dogs outside them, even if they're in fenced yards or on decks. Needless to say, fences and high decks don't stop mountain lions. 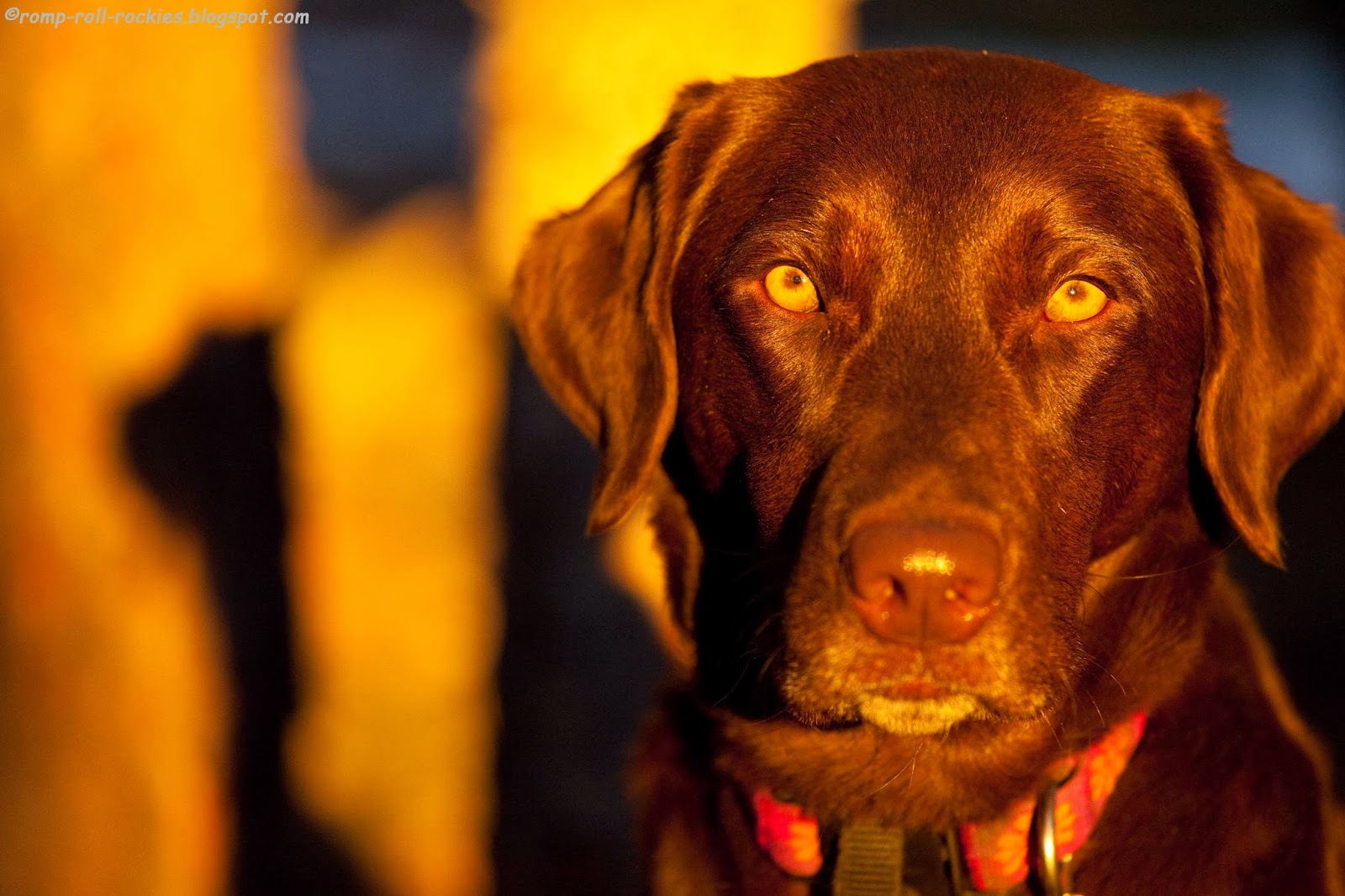 Dogs in fenced yards and dogs that are allowed to "hang out and/or roam" outside their houses are the ones at the highest risk of being eaten by mountain lions. So, all of our dogs' outdoor time is with us. We pay close attention to them while we're out with them. 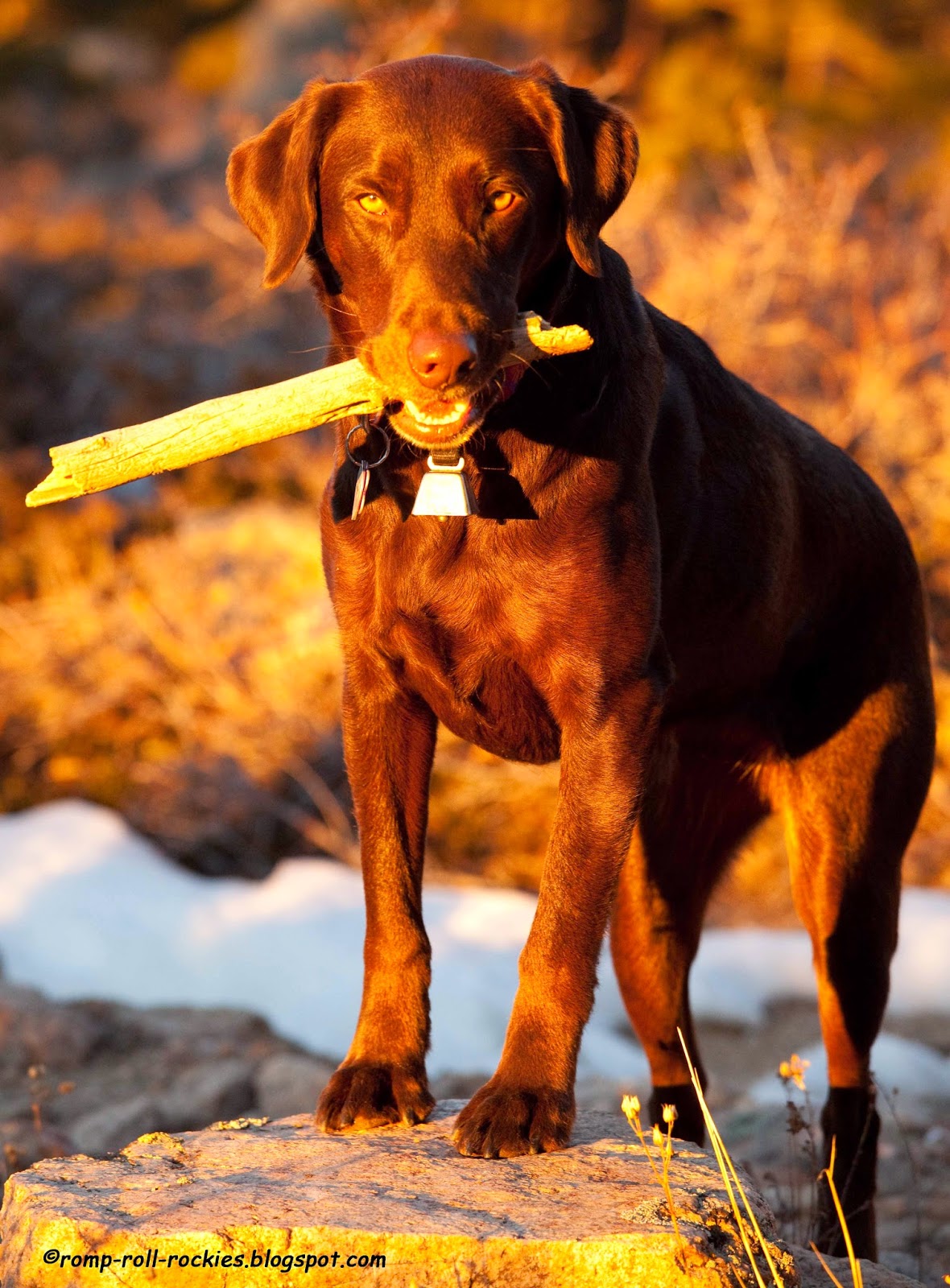 According to the rumors, the active mountain lion has attacked multiple dogs. However, according to those same rumors, the dogs were attacked while being walked off-leash when it was dark out - truly dark - hours before or after the sun was up. That's a big risk around here.

In daylight hours, Shyla does have one behavior that tends to scare me. When people or dogs who she fears approach on a trail, she sidles off to the side of the trail and hides. If she hides soon enough, neither the people nor their dogs notice her. However, my heart pounds until I can spot where she's hidden. It's never far away, and, amazingly, it's always downwind of the trail. She's a very smart dog. 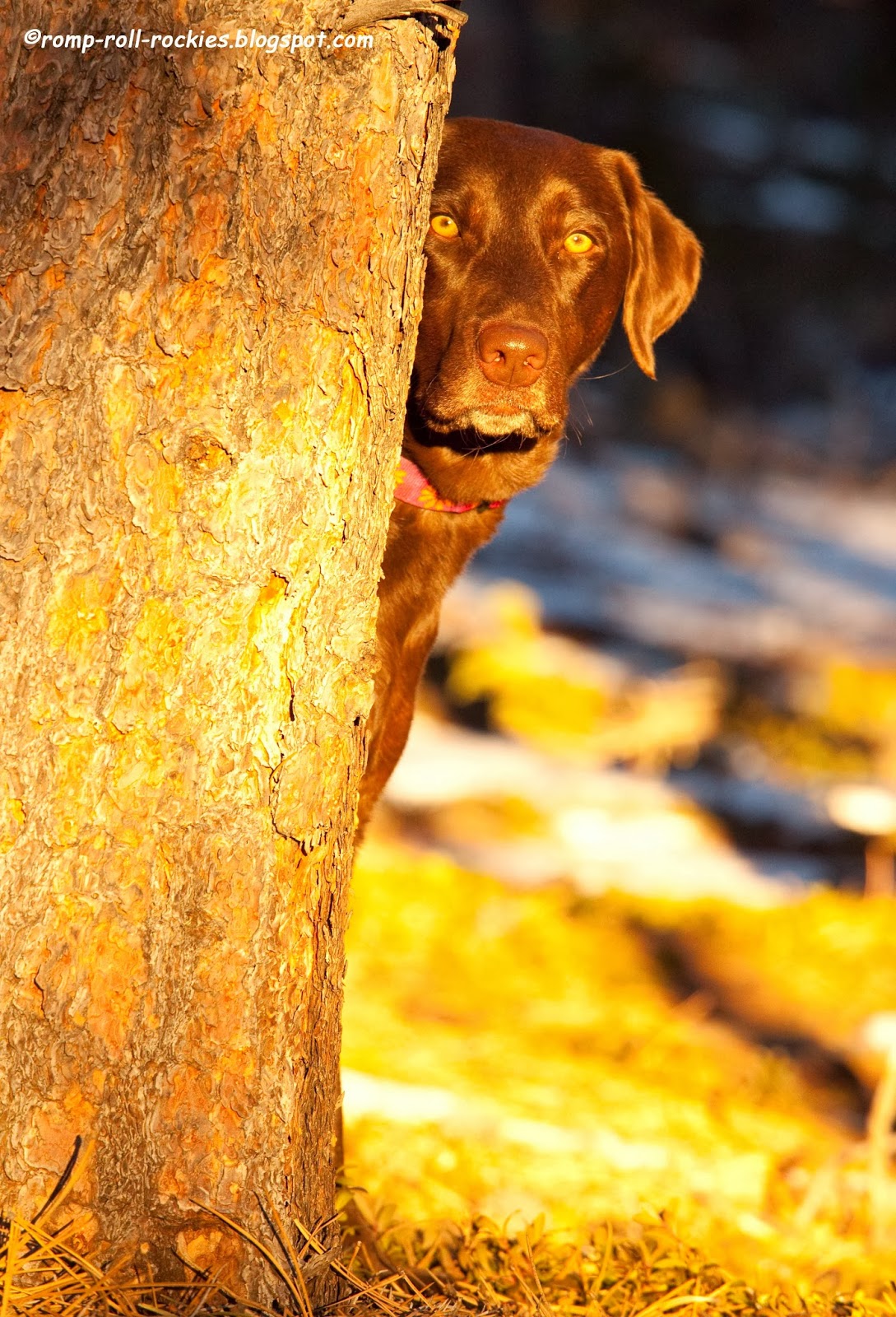 She also has shown me that she's very aware of mountain lion scent and scared of it. I've seen her act scared when she sniffed mountain lion tracks. 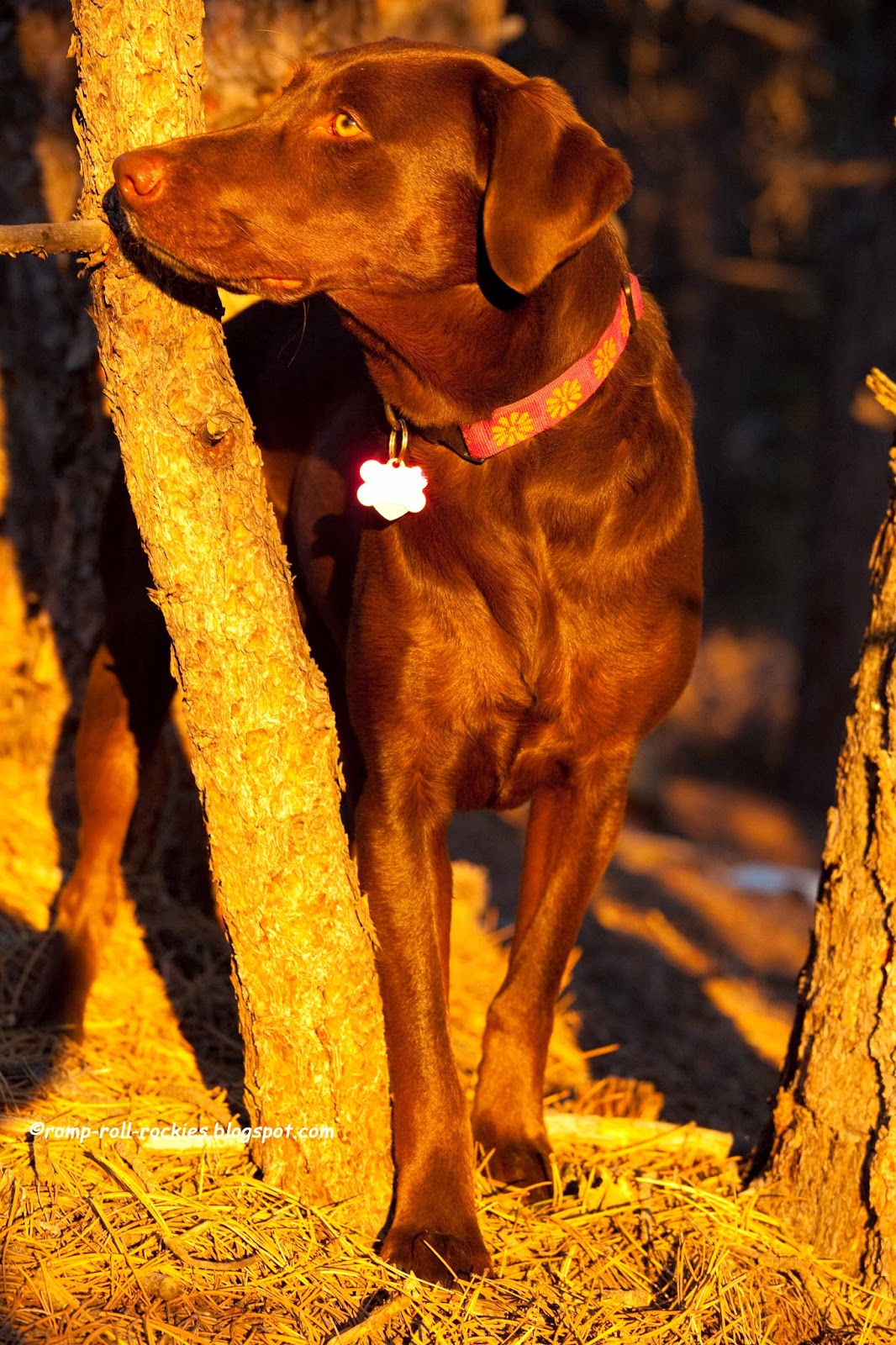 I think that's a healthy and probably a very helpful fear!

I truly hope that no more dogs are attacked by mountain lions. Perhaps the publicity will educate new residents about the precautions that they need to take in mountain lion territory. However, I do know that, even if we take precautions, mountain lions pose some level of risk to all of us. It comes with the territory but it's a very low probability risk compared to the happiness that living in the mountains brings us everyday.
Posted by KB at 7:37 PM