A Life in the Balance

We live in such a bountiful and beautiful area that I am awed by it daily. 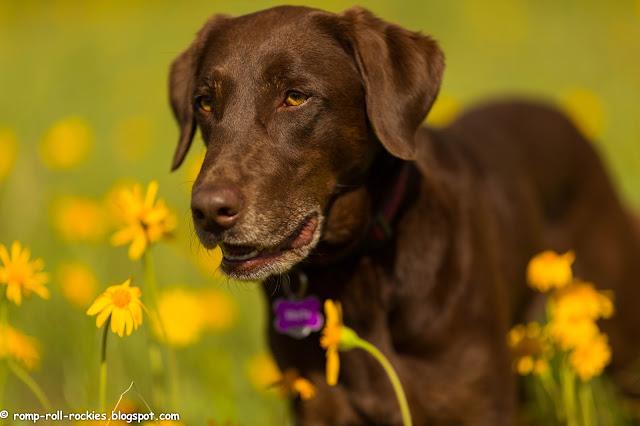 If you know the area, the open space is plentiful. Fields of flowers can be enjoyed in solitude. 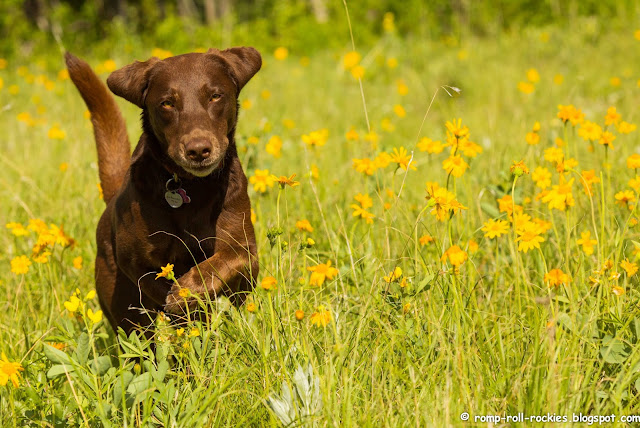 With the open space comes wildlife. I love the wildlife, and I strive to coexist peacefully with them. I try to learn as much as I can about each species to help me be a better steward for the wildlife. Through my trail cameras, I even "get to know" individual animals, like Tiny the Black Bear. 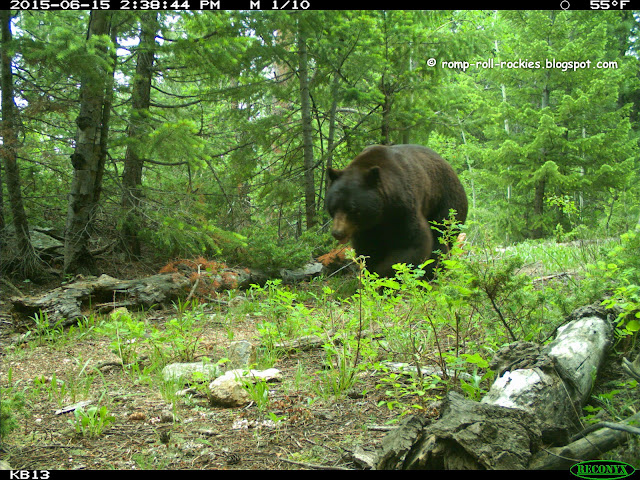 Last week, Tiny seemed to have a sow following him. It doesn't matter that she was a couple of days behind. She could still use his scent to track him down. This is how mating season for bears works - the males mark every tree they can find. The females evaluate the scents and decide which males to pursue. I don't know this female. She looks familiar but she's not a long-term local bear. 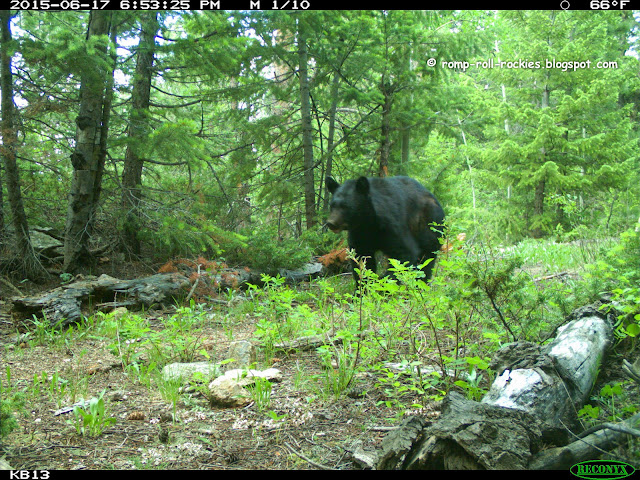 A bit further up the bear route, Tiny continued his walk, passing a tree that he'd marked six days earlier. 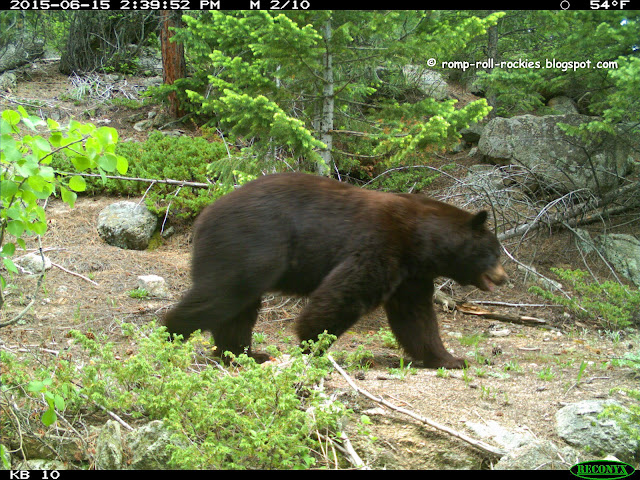 Here was his marking of the tree. He probably felt he didn't need to remark it on 6/15 because no other bears had marked it since him. 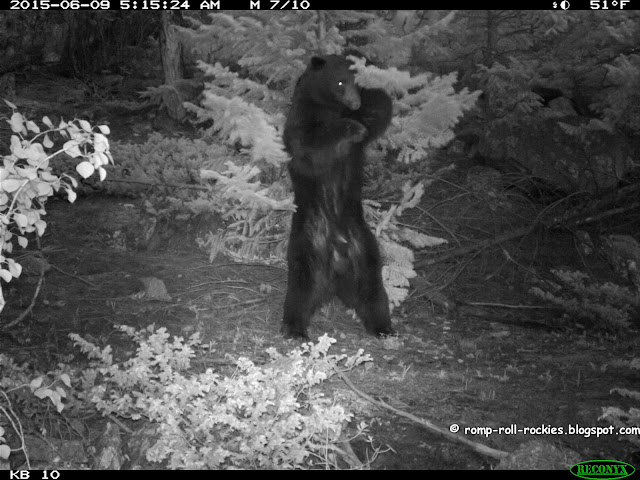 The female bear continued to follow, passing that same tree. I really hope that she caught up with Tiny! 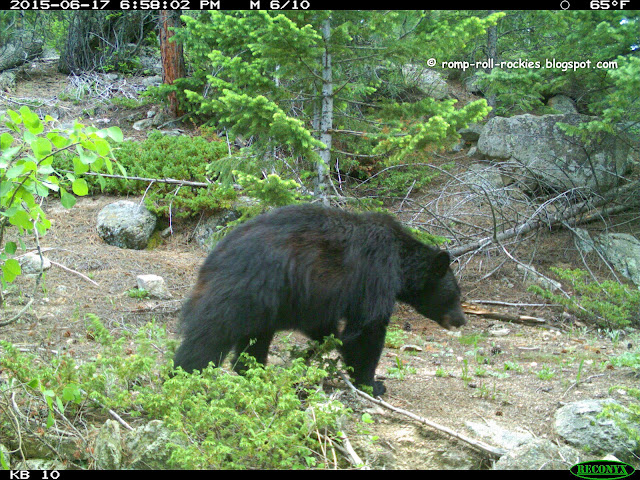 There's been some unrest in our community. Homeowners are saying that a "huge bear" has been attacking their birdfeeders and even going into unlocked houses. If, indeed, it is a "huge bear" - it must be Tiny. Interestingly, we've had three bears visit our clearing but all were smaller bears - Tiny was not among them. Another interesting thing to note is that none of the reports include any aggressive behavior by a bear.

Since I've had trail cameras, I have the privilege of seeing Tiny just "being a bear" out in the forest. Knowing him through my cams makes me far more empathetic toward him. However, I'm not sure that my empathy for him would be well received by all.

I think that our community needs to put away all food sources, lock our doors, and thereby help the bears to survive. Indeed, I just learned that our wildlife officials no longer give a bear "one free strike". If a bear has done something "bad", a trap is put out. Whatever bear is caught in the trap is killed, regardless of whether they've ever been reported before. 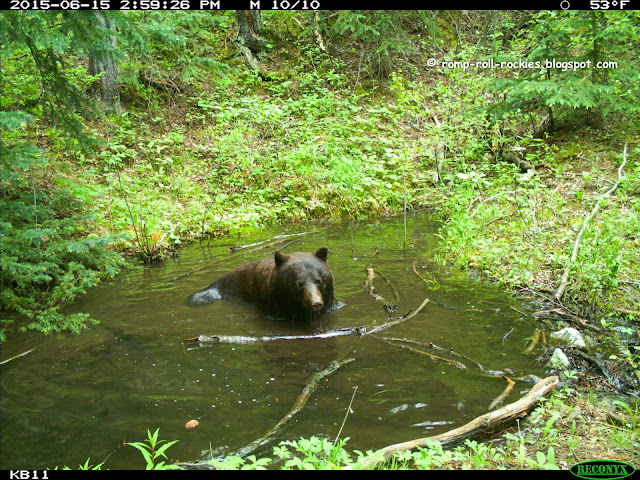 (This is just one photo of another long bath Tiny took in the "secret pool" the other day. I hope to make a video from the footage soon.)

Let's all hope that the natural foods that bears love to eat ripen very soon. I think that our cold May slowed the development of their favorite foods, which led some bears to follow their noses to houses for food.

I sure hope that we get to watch Tiny for many more years to come. The life of a majestic animal hangs in the balance, and I hope our community does what it takes to let him live.
Posted by KB at 6:46 PM