Although it is still raining an extraordinary amount here, full spring seems to have arrived! 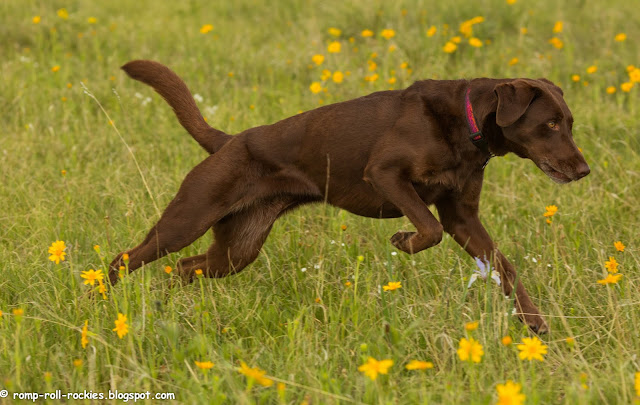 Springtime means lots of bear antics. Tiny has been very busy marking trees and marching back and forth on the mating trail. 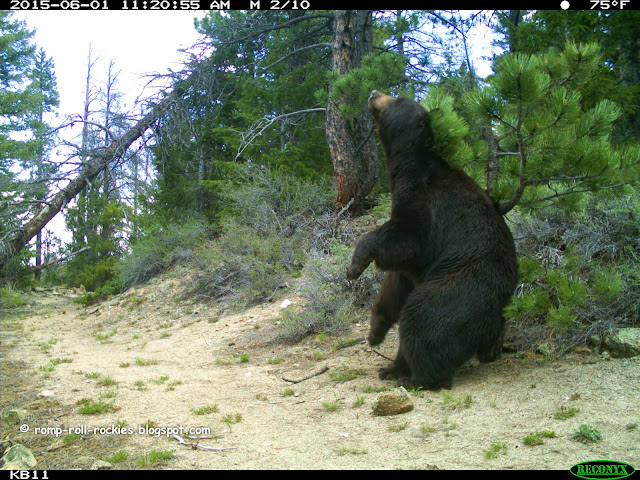 Too tall for my camera... 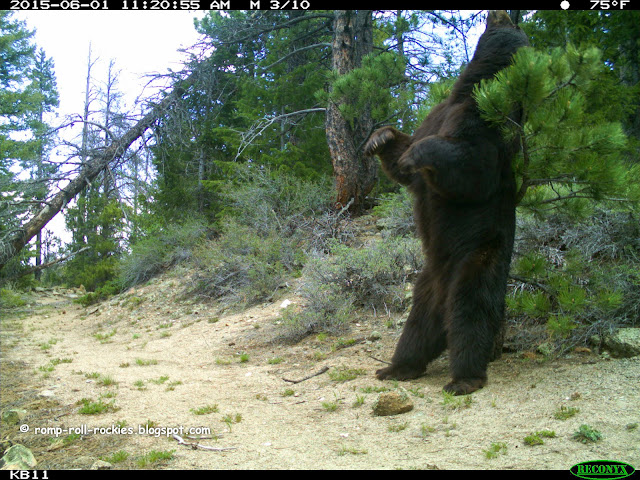 Wriggling his back against the trunk of the tiny sapling. 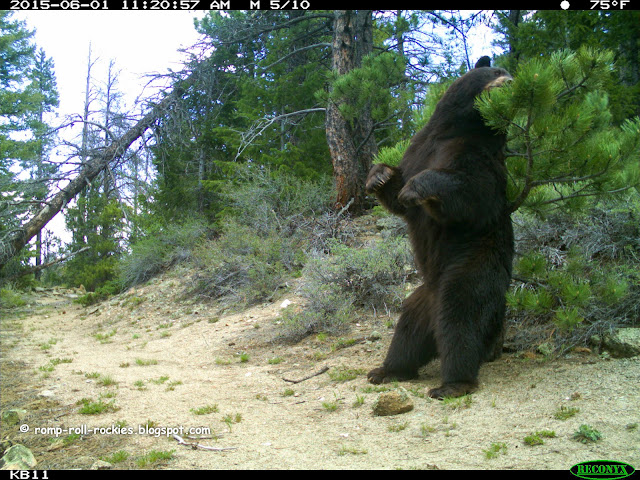 He was back again, at the same tree, two days later. No other bears had been to the tree between his two markings. 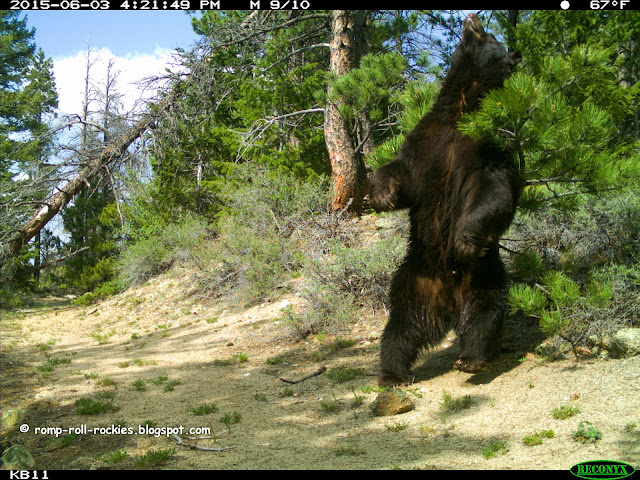 It still astounds me that bears do these goofy dances every spring. No one gets see them, except for my trail cameras! 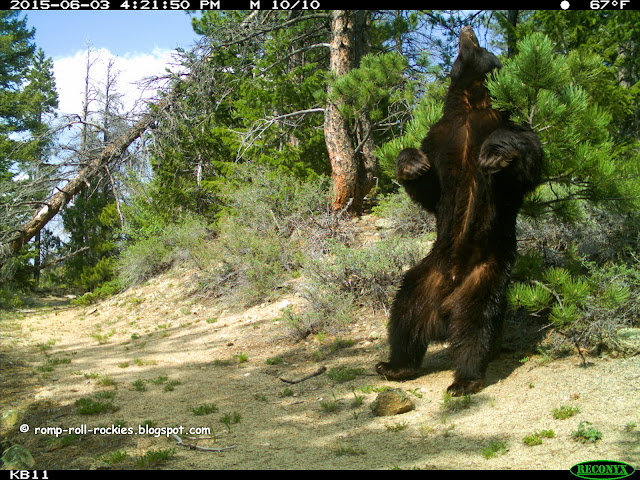 After that marking, Tiny headed for "the" main marking tree this year. He is a massive bear. 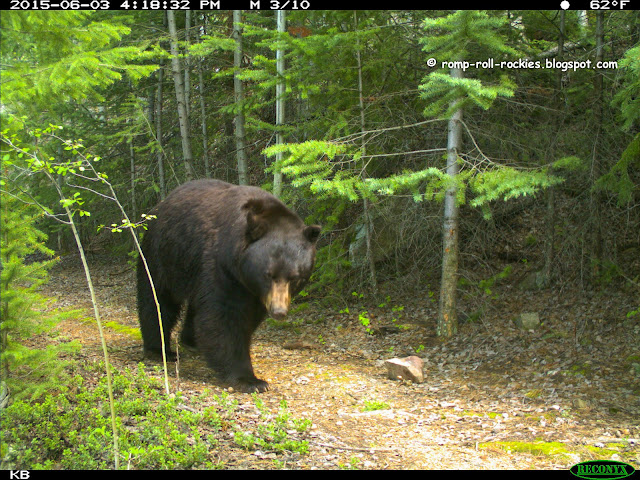 At the main marking tree, something odd had happened. The mother bear, who we've seen once before with her cubs, had marked the tree! In past years, mothers with tiny cubs don't mark these particular trees during mating season.

This was the second very popular tree that my cameras had captured her marking. Tiny, our biggest male, seemed confused by the mother bear's scent. He was the next to come to the tree and spent his entire visit sniffing. A couple of days later, he came back and marked again. I have a video of all the action which you can watch here or at Youtube.

Another note - we haven't yet seen the two matriarchs with cubs yet. They are both on schedule to have cubs this year. I believe that we saw "Mabel" on one occasion, taking a mud bath.

We have not yet seen a glimpse of Cinnamom, the hilarious mother who captivated us with her antics two years ago. I worry about her. She had ear tags which meant that she had a strike against her, probably for going too close to human habitation. The last photo of her was last spring when she was marking trees on the mating trail, looking for a good father for her next cubs. I'm keeping my fingers crossed that we do get to see her again.
Posted by KB at 7:13 PM