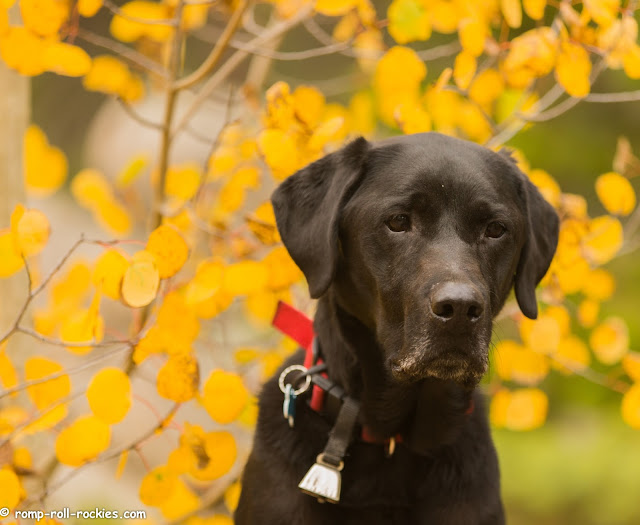 If it weren't for our experiences having all three colors of Lab in our pack at once, I'd probably be skeptical of "black dog syndrome". It is said that black dogs take the longest to be adopted and are much more likely to be euthanized in shelters than dogs with other fur colors. We've always feared what might happen to R if we were both to die at the same time. Fortunately, he and Shyla have an absolutely wonderful godmother who will take care of them in that unlikely event. 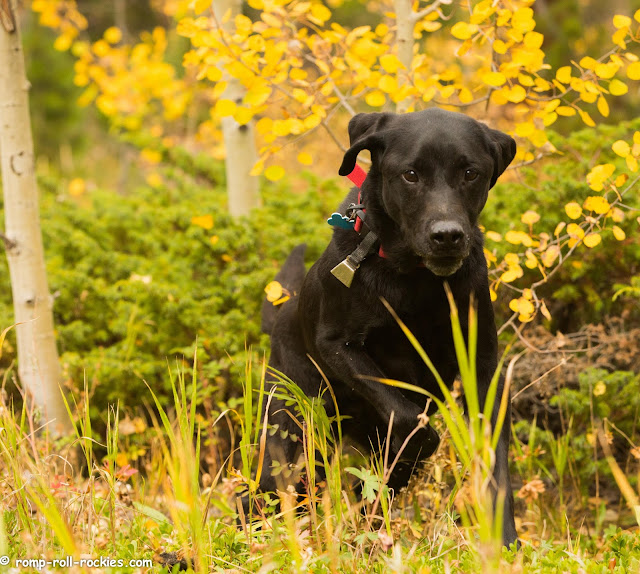 When we had a yellow, chocolate, and black Lab at the same time, we saw that people wanted to pet the Yellow Lab the most, the Chocolate Lab second most, and the Black Lab least. Lots of children would *only* want to pet our Yellow Lab. How could you not immediately love R's goofy face? 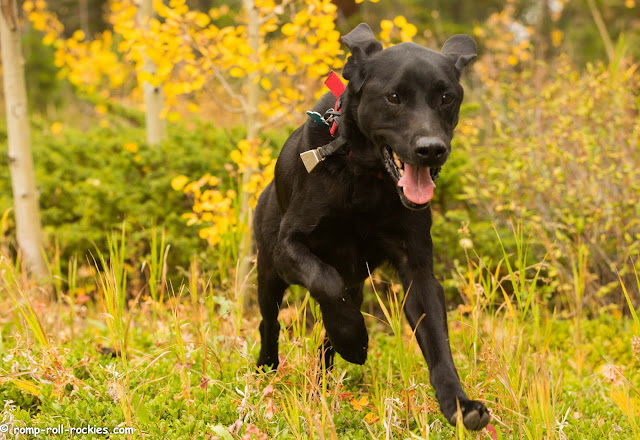 That was also the order of their ages, from oldest to youngest. Our Yellow Lab was oldest by far and definitely the most mellow of the three which probably was part of the reason why everyone wanted to pet him. Meanwhile, R was a fairly wild and crazy youngster which might have been why many fewer people asked to pet him.

Yet, from what I read, black dog syndrome is real, and that fact makes me sad. 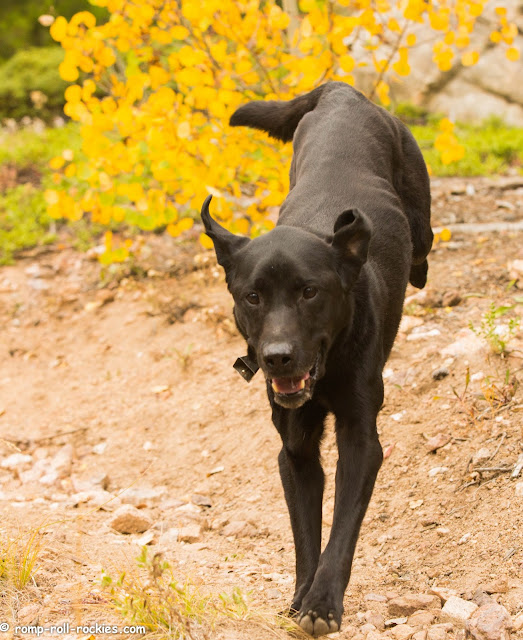 I can see how a dark visage with gleaming white teeth might look scary but when you get to know R, and many other black dogs, they are big goofballs and lovebugs at heart. 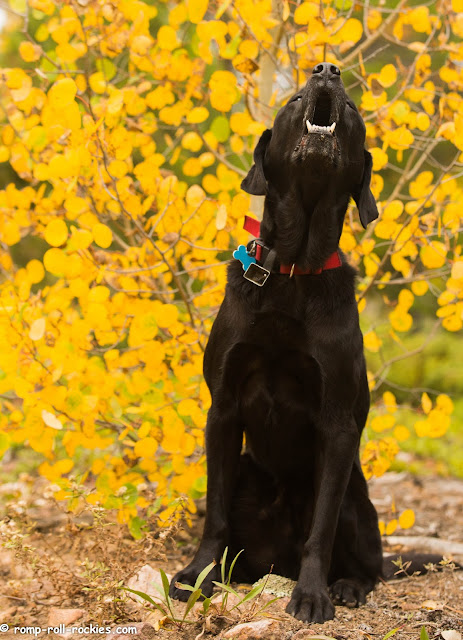 On the goofy side, R loves to hear his own voice. In fact, he really loves to sing. When the coyotes start howling outside our house, R adds his own mournful howl to the chorus. His howl is more like a sad wolf's howl than a coyote's yipping so it adds a nice harmony to the mix. 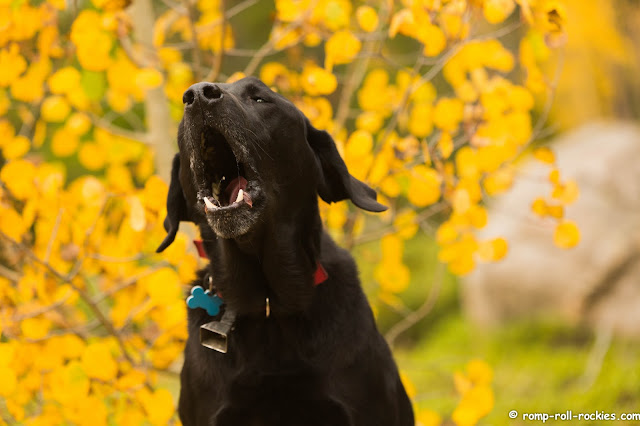 As for his sensitive side, R loves when I take him out all by himself. Usually, he spends his outdoor time with the Runner but sometimes he sees me taking photos of Shyla. He gets super jealous and wants to be the center of my attention. So, when I tell him that it's time for just him and me to head outside, his exuberance overflows. 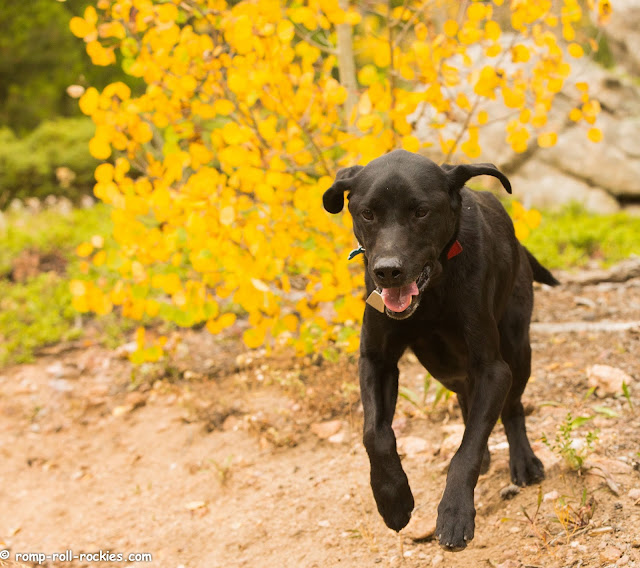 I love this boy. I will admit that it literally took me a few years to get a clue about how to photograph him. No "auto" settings work - so I had to learn to choose my own settings. Usually, I like cloudy days so that there's not too much contrast between R's black face and the rest of the world. That lets me set the exposure mainly to show off the details of R's face.

It was cloudy today, until R and I headed outside together. Then, the sun suddenly broke through the clouds, making it a non-ideal day to photograph R. Ah well - the point was for us to spend some fun time together, and we succeeded in that venture!

Today, I discovered a blog that I'm probably the last person on Earth to have found because it's described as so popular that it's "viral". It's called Black Dogs Project. It even has a section where people can submit their own black dog photos and stories to be published on the blog. Maybe R or your black dog will appear there someday!
Posted by KB at 5:35 PM