It's still autumn here in Colorado but that could change any time now. We are hustling to fit in all our favorite things before it becomes truly winter. 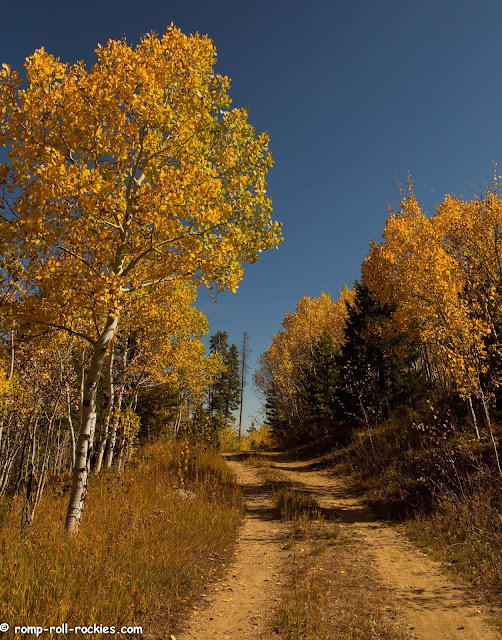 One of our favorite things is watching the elk. As some of you know, we have an elk herd that spends the winter in our neck of the woods. However, they spend the most interesting parts of their lives up higher in the mountains. They arrive up high in the spring, just in time for the mother elk to have their calves. Then, they gorge on alpine food all summer long.

In autumn while they're still higher in the mountains, they have their mating season. It is really fun to watch the behavior of the elk during this tension-filled season. We usually drive to Rocky Mountain National Park to elk-watch during their rut.

This activity has become more popular with lots of people so we try hard to time our visit when it won't be too crowded. This year, it started to rain as we drove. It was still raining hard when we saw the first huge bull elk with his harem of females and calves. Each dominant bull gathers a harem at the start of mating season and defends them from other bulls for the duration of the season.

Here was the first bull elk, with tremendous antlers. He had just let out a piercing "bugle", a sound that bull elk make only during mating season. 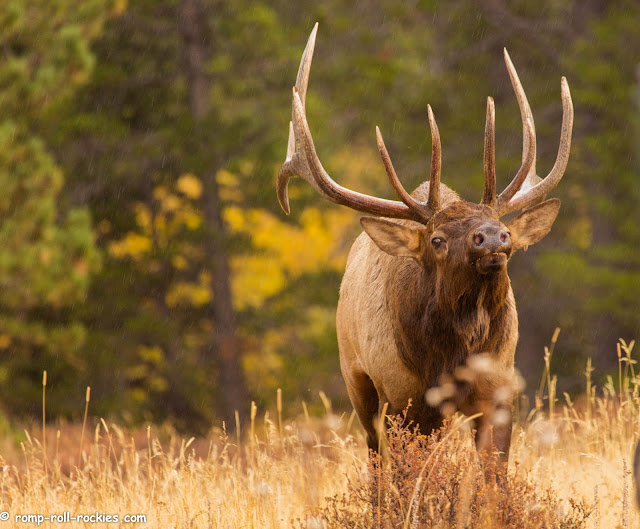 One of his cow elk was standing nearby. The elk didn't seem to notice the rain. 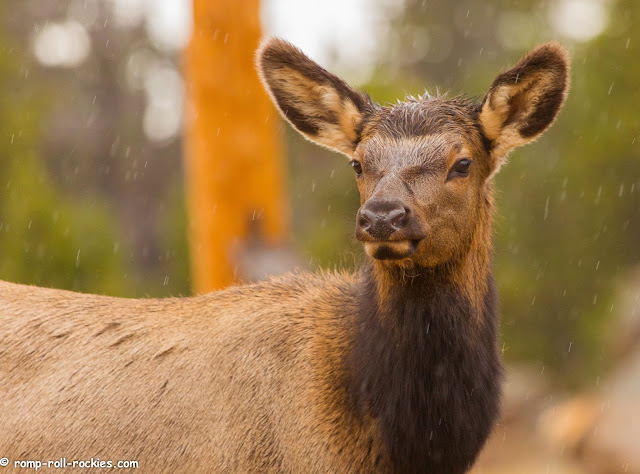 We watched that first bull and harem for a while. There was a small amount of drama because a slightly smaller bull was hovering around the edges of the harem. 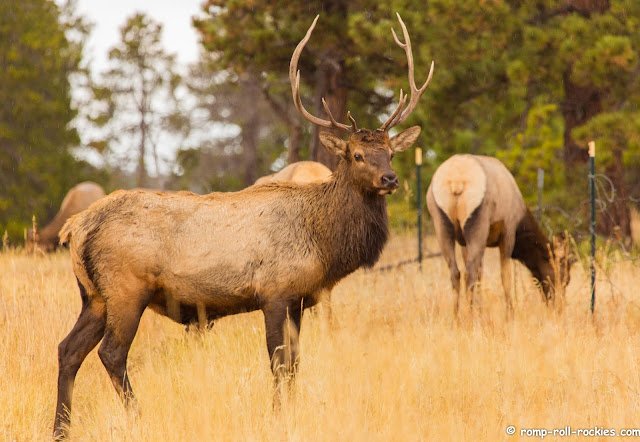 The main bull kept an eye on him but tolerated his presence. I think that was because it was late in the mating season so most of the cows were no longer fertile.

Here was the big guy, watching the younger guy. If the younger one survives a few more years, he'll have a good chance of having his own harem. 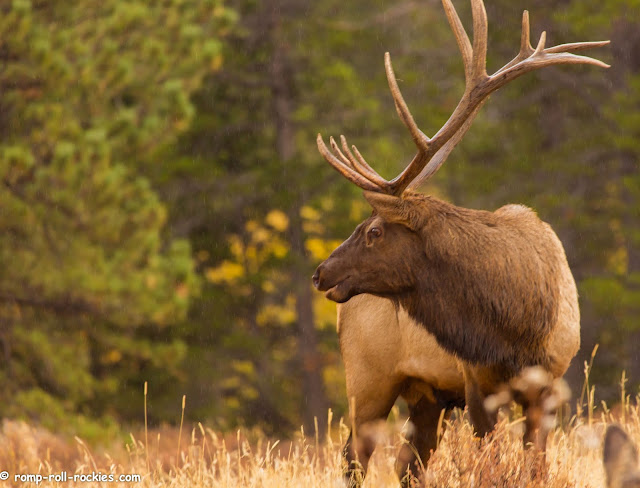 After that group moved into a wooded area, we moved along to watch another bull and his harem. 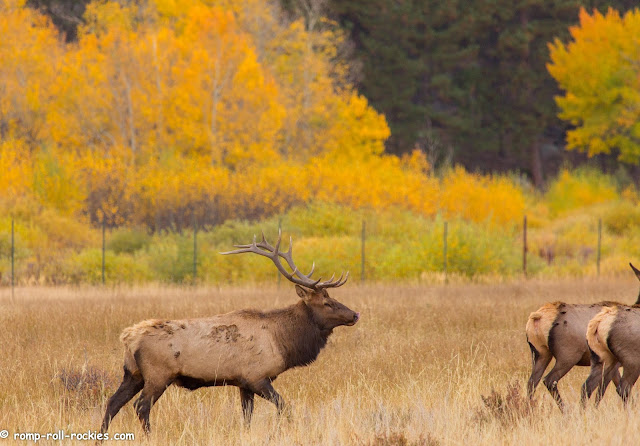 His antlers were similarly huge, like the first bull's antlers. Bull elk in the National Park live much longer than in our neck of the woods because there's no hunting there. We never see antlers that big near us.

He was moving his harem around. First they headed to our right. The photo has only a fraction of the 15-20 cows and calves in his harem. 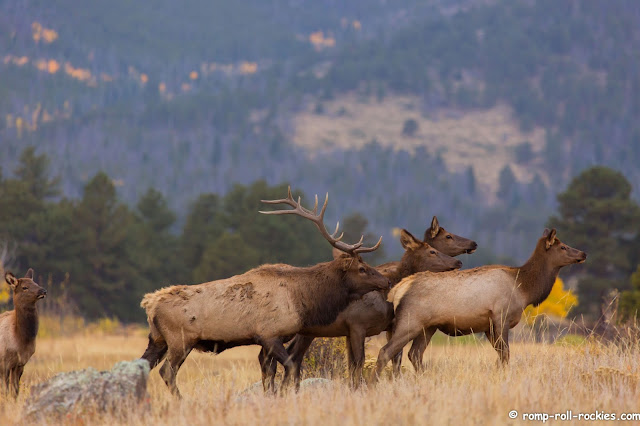 He kept them going. 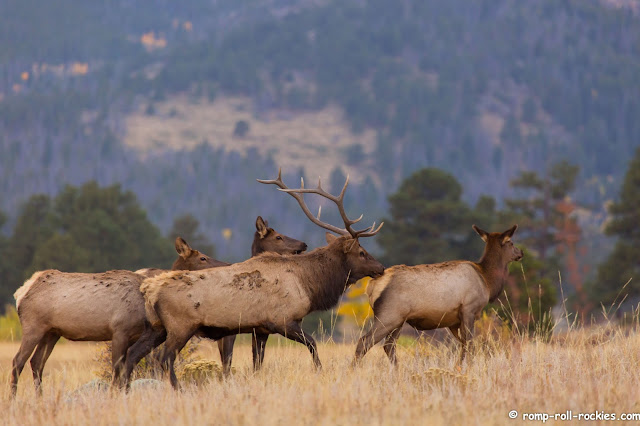 But then he changed his mind, letting out a loud bugle as he turned them around. 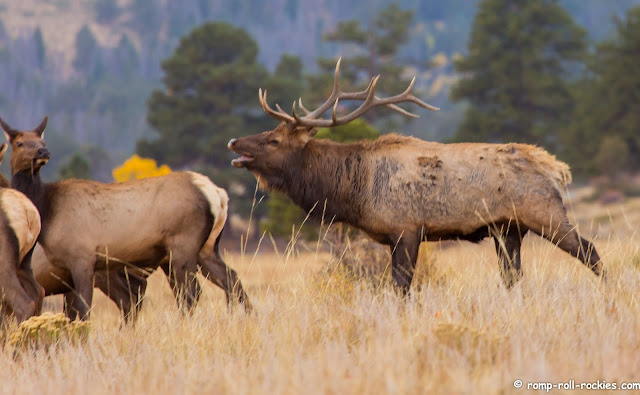 And sent them in the other direction. That's a calf just in front of him with the calf's mother just to his right. 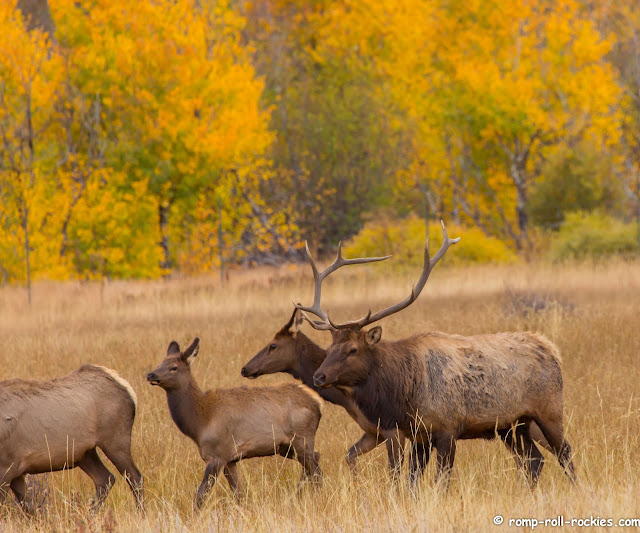 He had them all moving at a good clip but then the situation got messy. 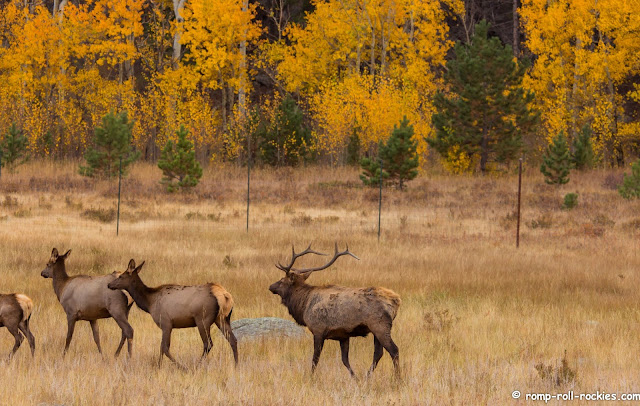 Another bull was in the area, and he might have been the cause of the confusion. He was smaller than the dominant bull but worthy of being watched by the big bull. 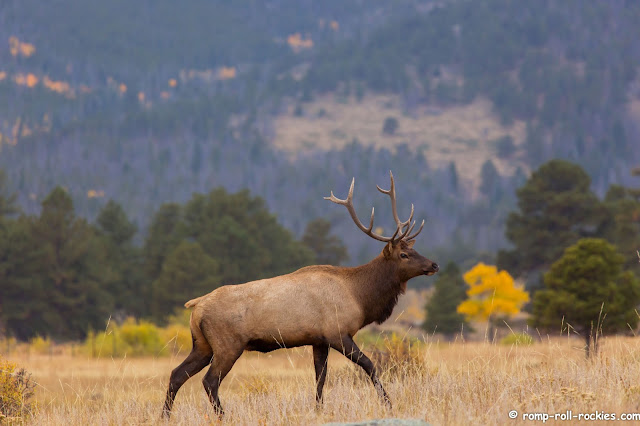 So, the harem kept going in the same direction, and the big bull stopped in a quandary. He ended up standing between his harem and the younger bull, letting out loud bugle calls. In the face of the big bull's anger, the younger bull elk departed, and the big bull caught up with his harem again. 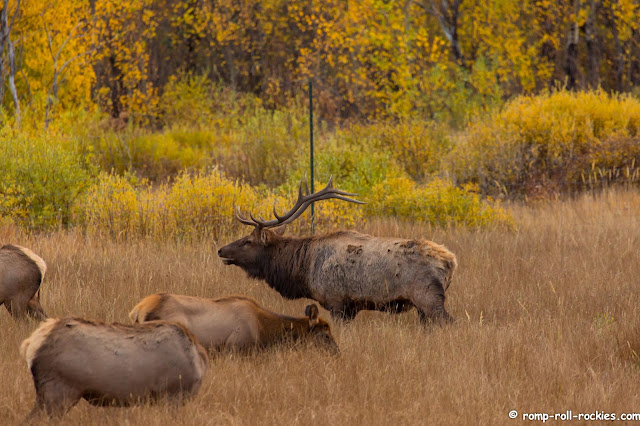 And he checked whether they were fertile for the umpteenth time that evening. 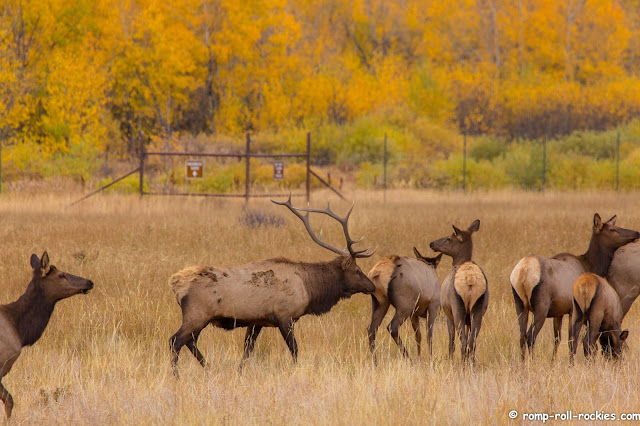 It was another really fun autumn outing, watching such amazing behavior from closeup. 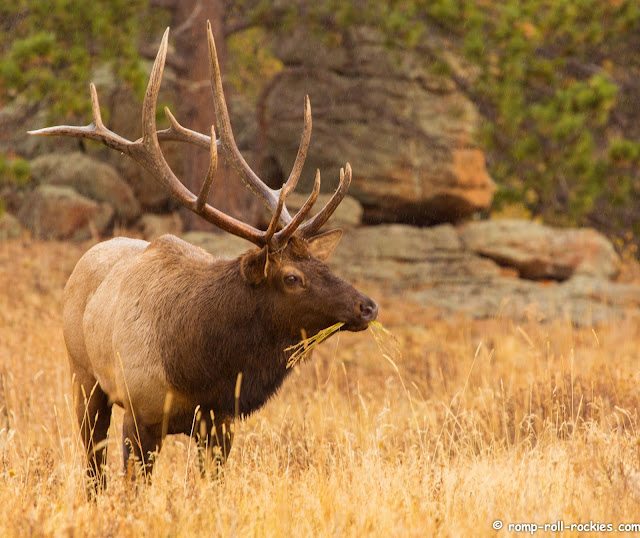 Then the sun went down and the light got dim. The sound of bugles echoed all around us as the sun set in a fiery show. 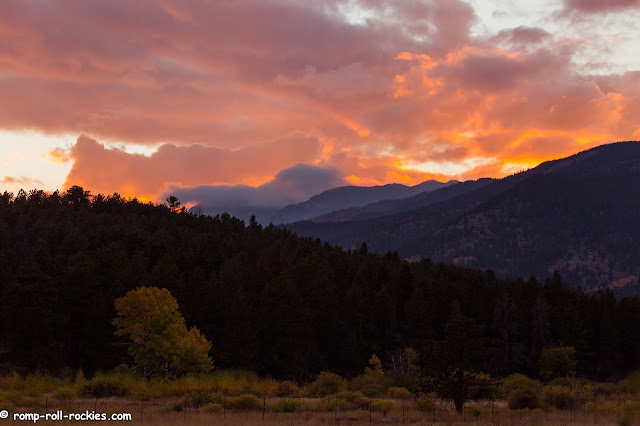 At this time of year, I start wishing that autumn could last forever!

Not Shyla - she takes life as it comes... and I think she adores every season! 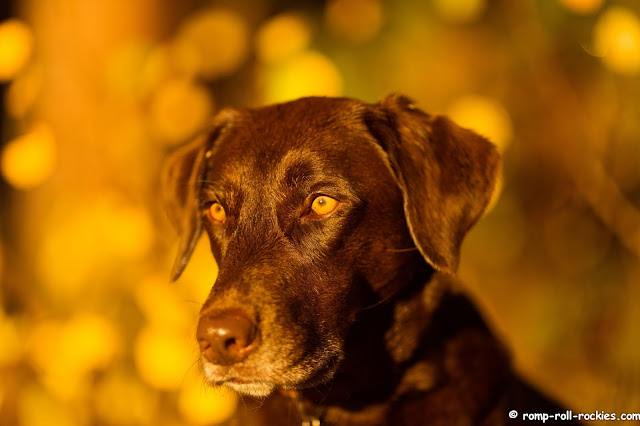 Dogs are amazing examples for us to try to emulate!
Posted by KB at 3:15 PM