Our black dog and I have a lot in common. He has elbow dysplasia and has had multiple elbow surgeries in his life. There's probably another in his future because the elbow clearly hurts him. Similarly, I have a degenerative spine condition. I've had multiple spine surgeries, although I hold out hope that there won't be more. However, I've been having a tough time lately, with pain from both my neck discs and my low back discs radiating into my limbs. Like R, daily life hurts me but I still try to live with joy and purpose.

R is a great example in that regard. As long as R can still run around in the forest, he has joy in his life. For me, as long as I can ride my bike, play with our pack, and study our wildlife, I can be happy regardless of pain. I think that both of us have a harder time with sedentary life than being outside in motion. 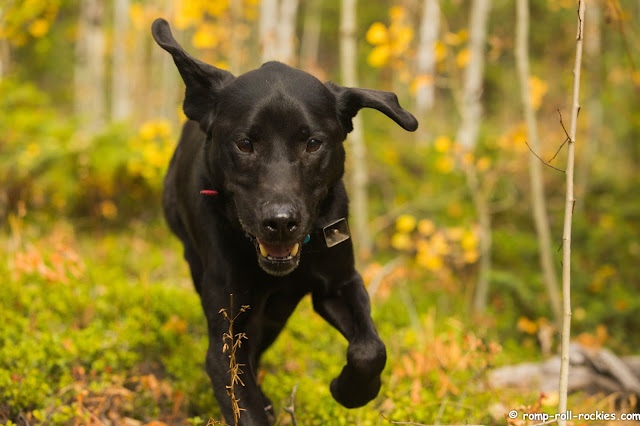 Today, I rode my mountain bike to check a few trail cameras after my time outdoors with Shyla. Much to my amazement, I am still seeing a fair bit of bear activity. I think that this year is different from most years because the bears' lower elevation foods failed. Consequently, an unusual number of bears are up here, either foraging on our Kinnikinnick berries or getting ready to go into dens. Time will tell whether they plan to stay active or hibernate earlier than usual.

The bears are looking mighty fat, which is wonderful to see!

I believe the bear in the next photos is Dot, our youngish female bear who has a tiny white dot on her chest. She's been active throughout our neck of the woods for the past month. I'm very hopeful that she's going to have cubs in a den near here this winter! 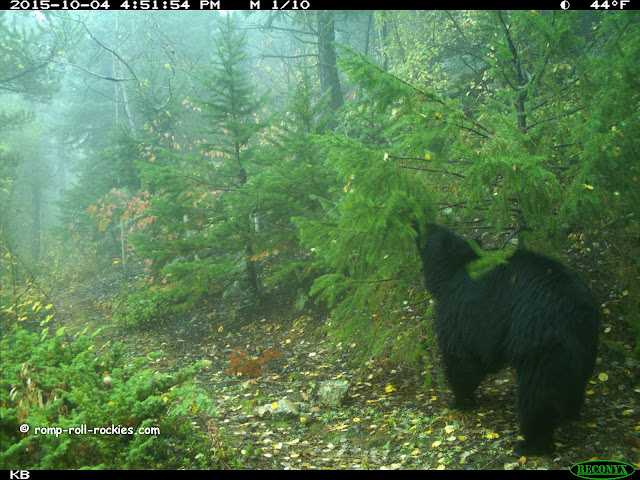 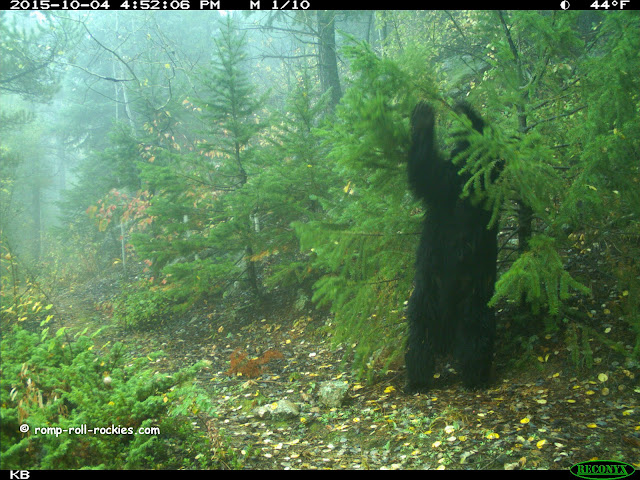 Her marking behavior has been vigorous recently. She tends to spend about a minute thoroughly marking each bear tree she passes. I also captured some video of her marking a different tree which I'll share soon. 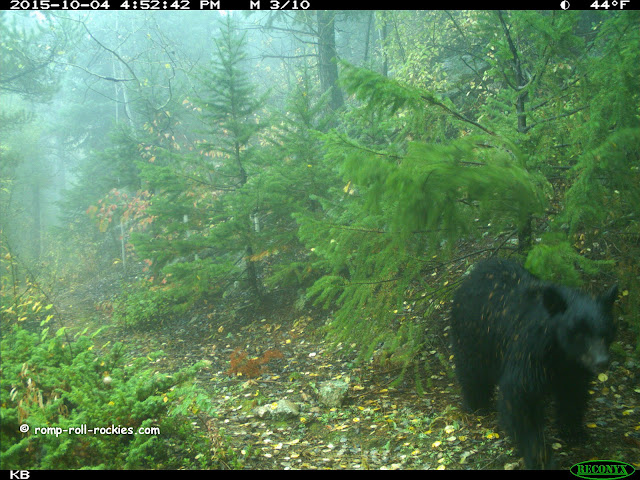 About an hour after Dot, a much larger male bear arrived at the same tree. He marked it too, albeit briefly. I'm not certain which male bear this is. It could be Tiny or it could be a bear who is just passing through our area. Tiny tends to disappear in late summer and autumn, returning just as winter arrives. I'm certain he dens in our area although I don't know exactly where. 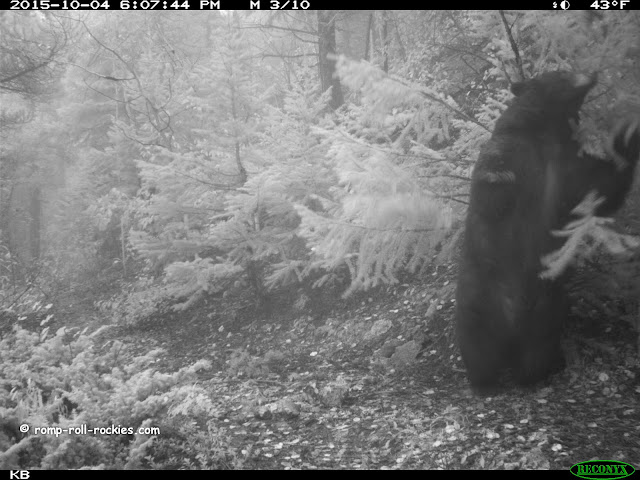 Since I got out to ride my bike and enjoy nature today, it was a happy one for me despite the spinal pain. And finding bear photos on my trail cameras made me SMILE!

And I even managed to avoid getting caught in the rain. The morning clouds, which looked pretty, brought a cold rain to our area later in the day. 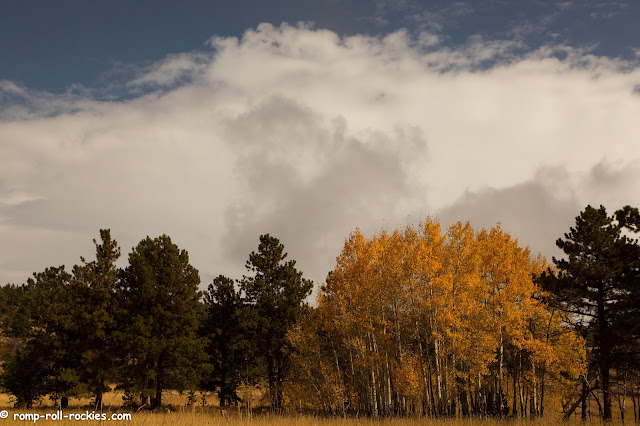 I bet we all have certain "touchstone" things that make life okay, almost no matter what. Mine are playing with our pack, immersing myself in nature, and watching our wildlife.
Posted by KB at 5:52 PM