Saturday: A Day of Wildlife

Shyla and I got out early on Saturday morning, with our paws crossed that it would be a good day. 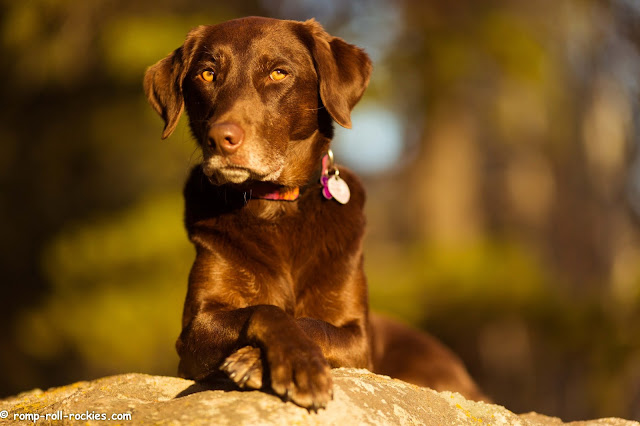 There were still a few spots with golden leaves, and we played in them in the light of the sunrise. 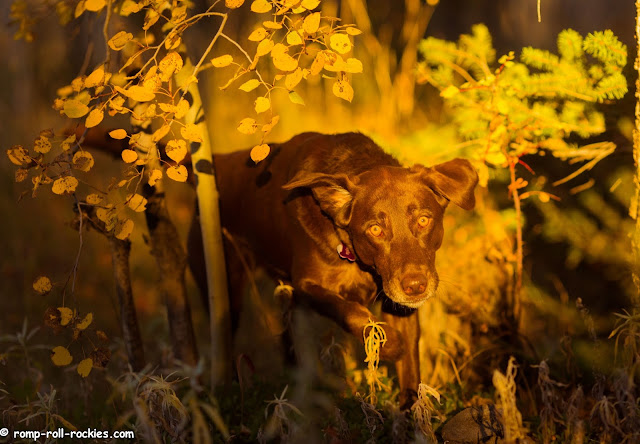 Then, I went out to ride by myself. I passed an old mining building that I've seen thousands of times. On this day, the golden leaves looked spectacular next to the weathered wood of the building. 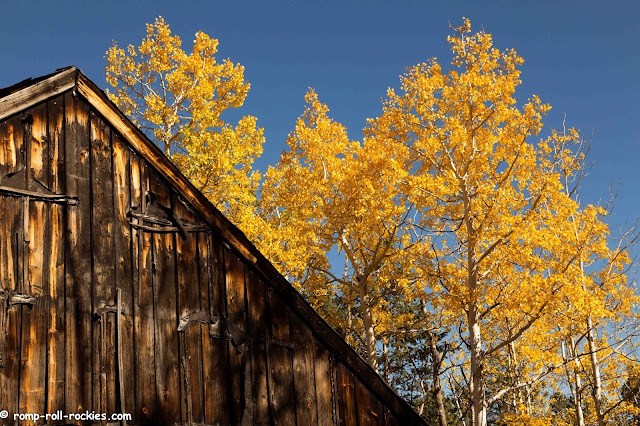 My goal for my solo ride as to check a couple of trail cameras. I was rewarded richly! I think this is the mother mountain lion we've been seeing a lot. She was out at 4 PM, letting us get a full color view of her! 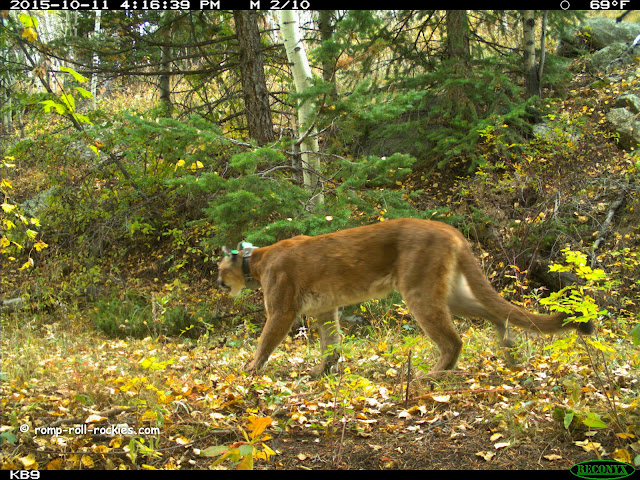 She's so muscular and yet seems so cautious. I bet that she was listening very carefully for anyone coming her way. 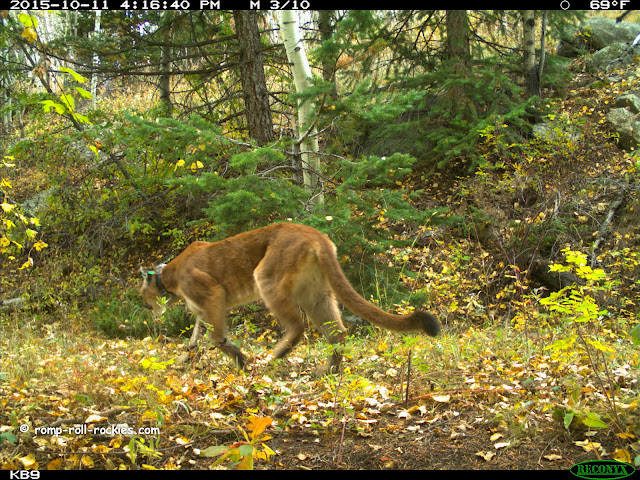 Shortly later, she passed the camera where we saw her kittens a couple of months ago. I suspect she has them in a den near this camera. 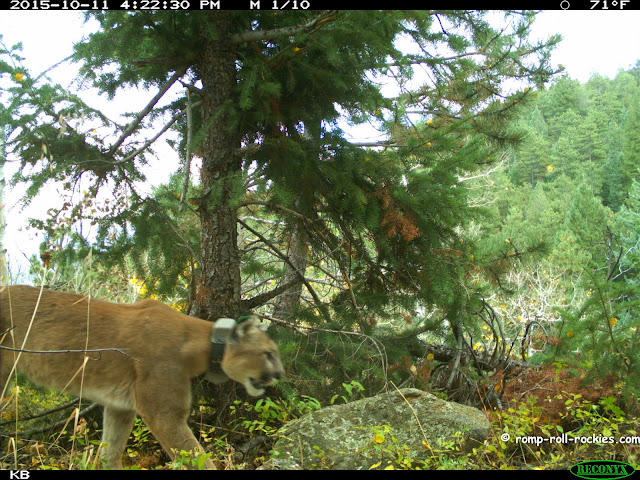 She paused briefly to sniff the base of the bear marking tree that the trail camera is pointed at. Then, she was on her way. 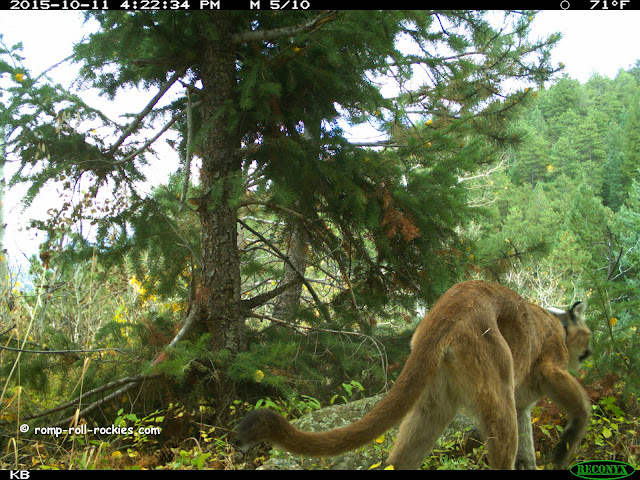 It turned out that the mountain lion photos were not the only amazing wildlife part of the day. Every year, Sandhill Cranes migrate south. In recent years, some of them have started coming almost directly over our house. On Saturday, we were given the gift of four big flocks of Cranes flying over our heads as we sat on the deck.

The first sign that a flock was heading toward us was the sound. I found that the Cornell Lab of Ornithology has a great recording of what a large flock sounds like. And, they really were as loud as the recording.

We think there is a thermal that the Sandhill Cranes circled within to gain altitude almost directly over our heads. Here they were circling: 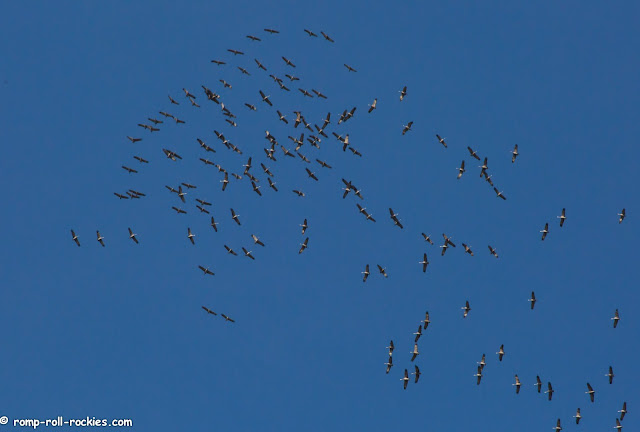 On one occasion, they circled for a couple of minutes, continuing to make their loud sounds as they circled. It was hard to imagine how they avoided crashing into each other because they were so close together.

Then, somehow, they started to organize themselves into V's to continue on their southerly course. I counted 136 Cranes in this photo, and I couldn't fit all the birds into my camera frame. 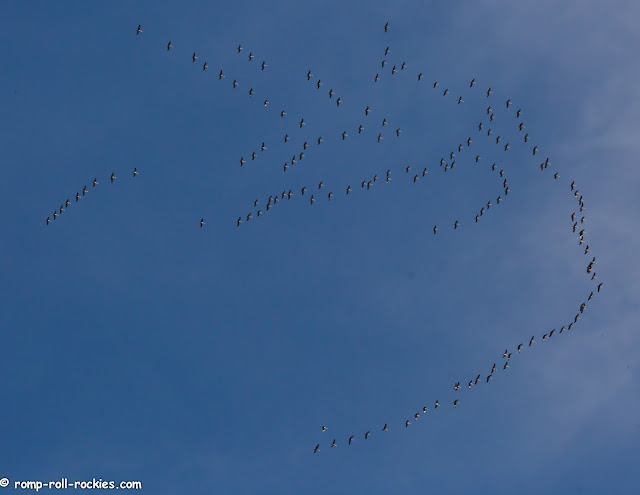 After getting organized, one of the big V's looked like this. 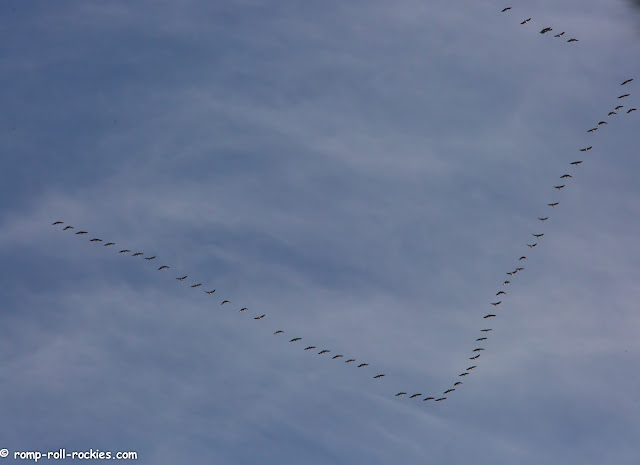 Then, multiple V's, all flying in parallel, departed from our view.

It was amazing to see Sandhill Cranes. I hope that they come over our house again next year!!!
Posted by KB at 5:42 PM