We celebrated R's 8th Birthday last weekend by doing one of his favorite things. He leaped with happiness. 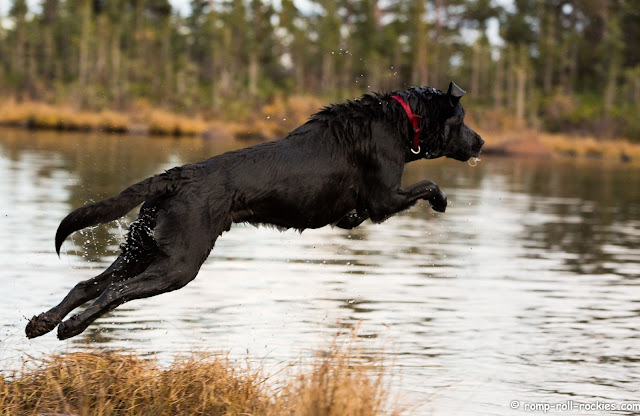 And he even flew over the water. 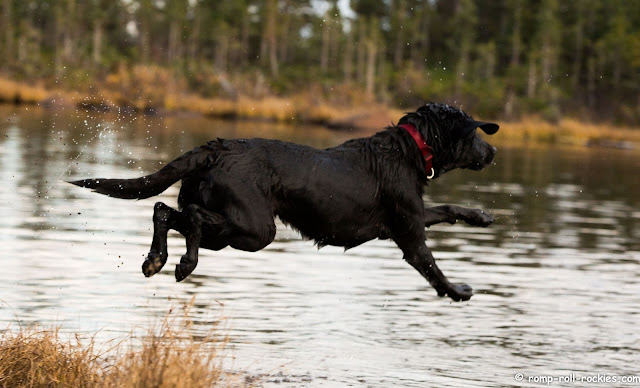 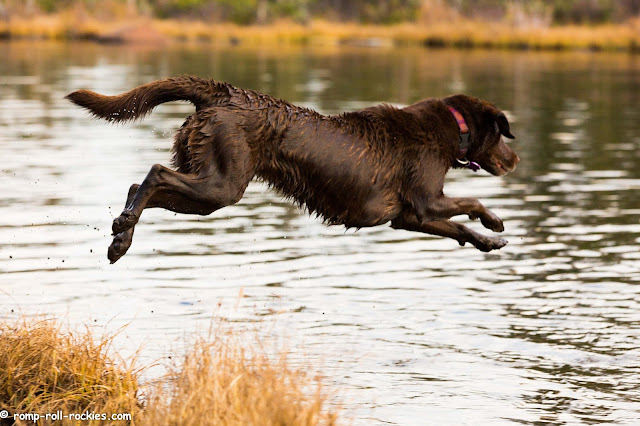 She did the most creative landings. 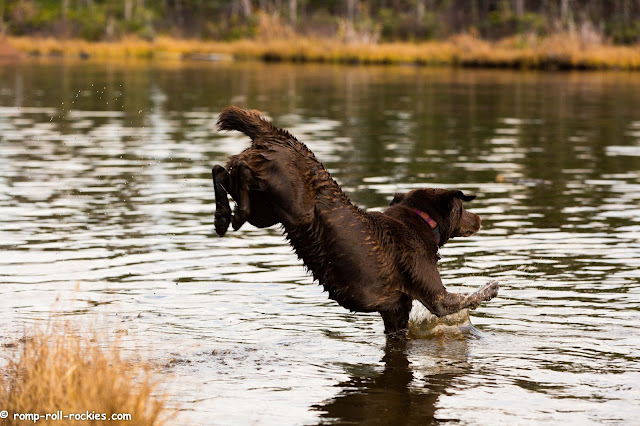 When both dogs went for one ball, R still won almost all the time. 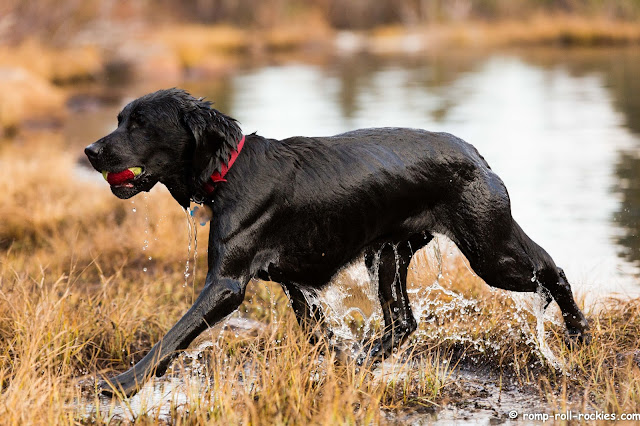 However, there was a FIRST. Shyla beat R to the ball once. She brought it back triumphantly, and R was a good sport about his little sister beating him. But he didn't let it happen again. 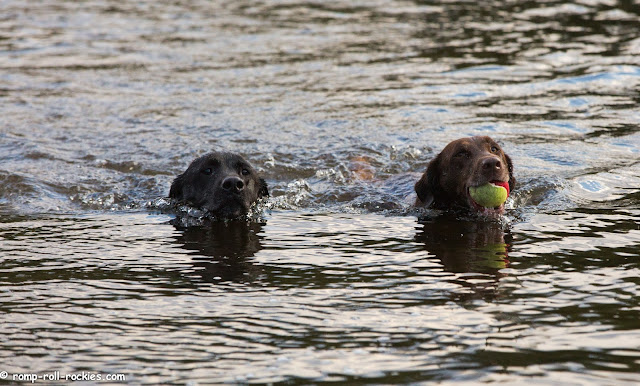 R hasn't lost one iota of his intensity during his eight years on this Earth. He quivers with anticipation when someone is about to throw the ball, like in the next photo! 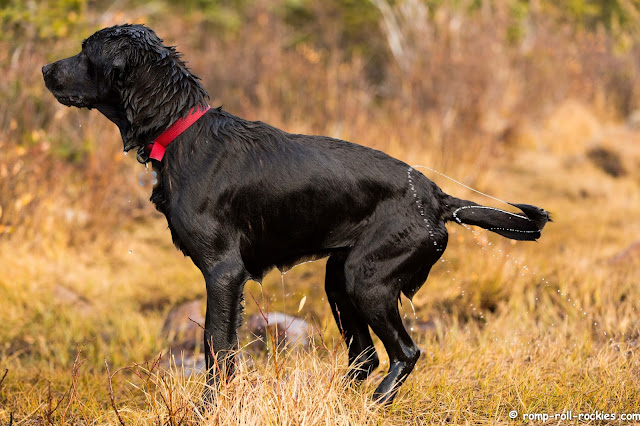 We hope to celebrate many more birthdays with R. Along with high intensity, he also has a very sweet and sensitive side. You might not see it in these photos but it's there. We love our black dog so much! 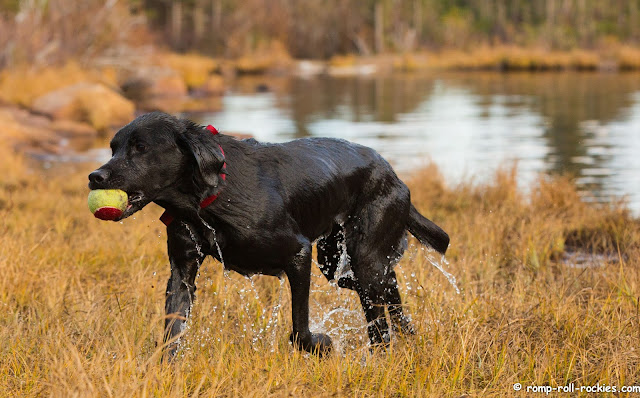