A wild afternoon in April at the bear den

I'm spending one afternoon per week going through the 150 GB of footage from the bear den this spring. April 24th was a day of constant play with careful supervision by mom. I already showed you some footage from earlier that day.

I liked this part of the footage because the video shows the sincere respect the cubs have when mom tells them to "behave themselves". From the video that is in this post, I know that mom was reprimanding the chocolate cub at this instant. 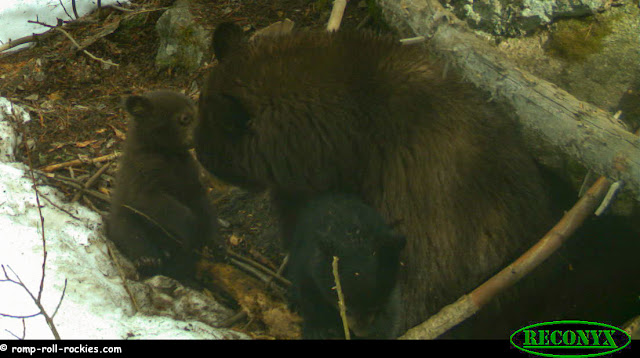 The chocolate cub, a male, leaned backwards away from her, obviously a tiny bit scared of her very understated wrath. 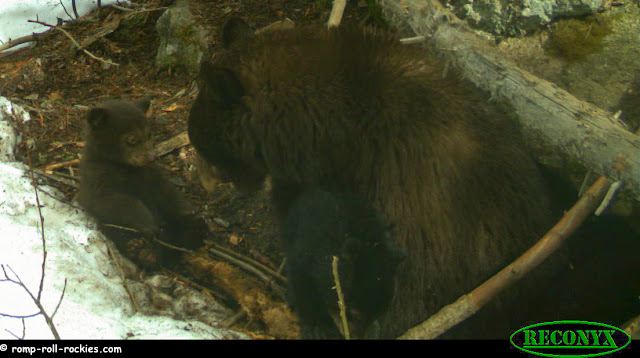 After the chocolate cub went off to play, the black cub (who I think is a female), snuggled up to mom's snout. The black cub was usually the wild one (and the "troublemaker" as one of you said) but not during the footage from around 3 PM on 4/24. 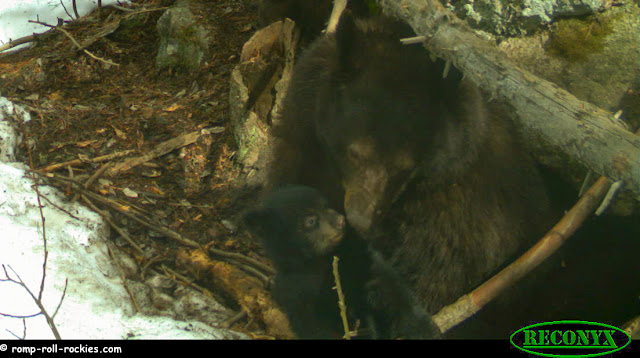 At this point, the bear family still had a few more snowstorms standing between them and leaving the den a month later. Also, it is critical that the cubs are agile climbers when they leave the den. As you'll see in future installments, the cubs started climbing tall trees in May, getting ready for the day that their mom led them off into the forest.

I hope that you enjoy the video. I sure am loving watching the clips and getting a secret glimpse into the lives of a bear family. I suspect that this past winter will be one that I remember for a very long time due to the bear family!


You can watch this video at Youtube if there's a problem with it here.

P.S. Do you have ideas for names for the male chocolate cub and probably female black cub?
Posted by KB at 5:48 PM