It all started when the Flycatchers arrived near our house around the end of May. My breakfasts on the deck included Shyla at my feet and the flycatcher couple calling back and forth to each other. 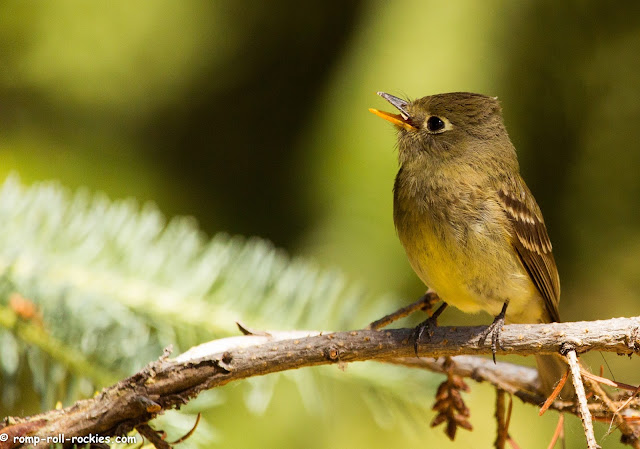 They rapidly decided to make their nest in a tray that we have built for the flycatchers who raise their families under our deck every summer. They built the nest in days after making their decision. Then, eggs started to appear, one per day, for four days in a row. This was on Day 2 of egg-laying with my limited view peeking between the cracks of the deck at the nest below the deck. 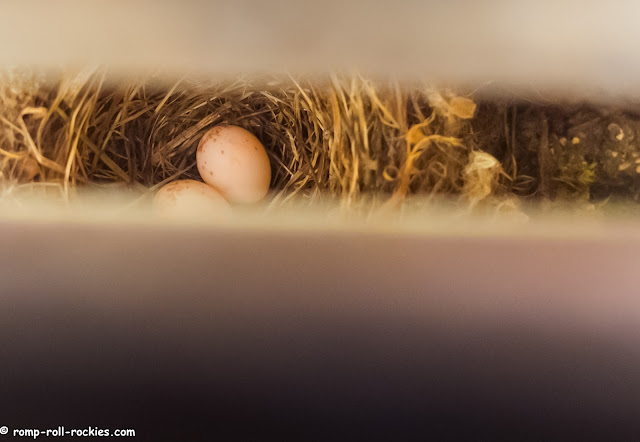 The female didn't start incubating the eggs until all four were laid. After that, she was incredibly dedicated to sitting on the nest. And, I was dedicated to chasing away all predators! I get very protective of them every year.

Exactly two weeks after the female started incubating the eggs, they hatched! The naked little nestlings barely looked like birds. I didn't get any photos of them but I did get many photos of the flycatchers tending to them. They liked to land on a particular branch by the deck before going under the deck. 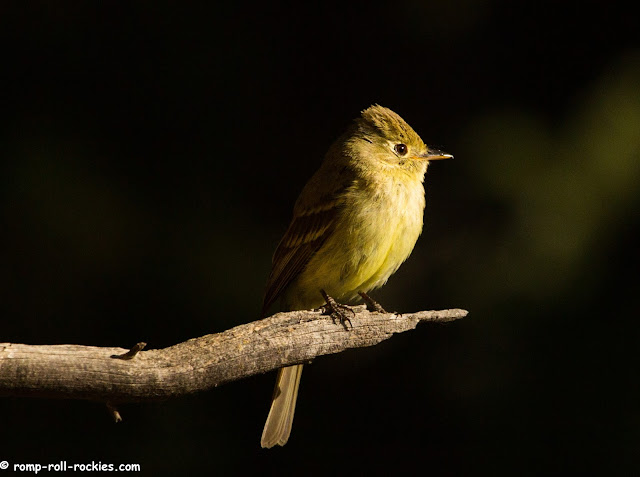 They worked as a team, constantly calling back and forth as they both hunted flies and then delivered the flies to their young ones. 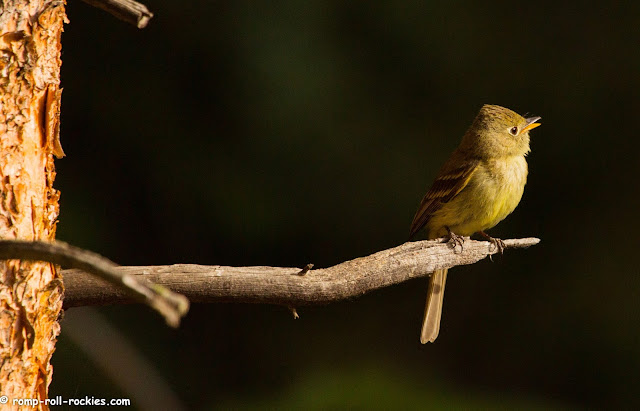 I adored watching them every morning. 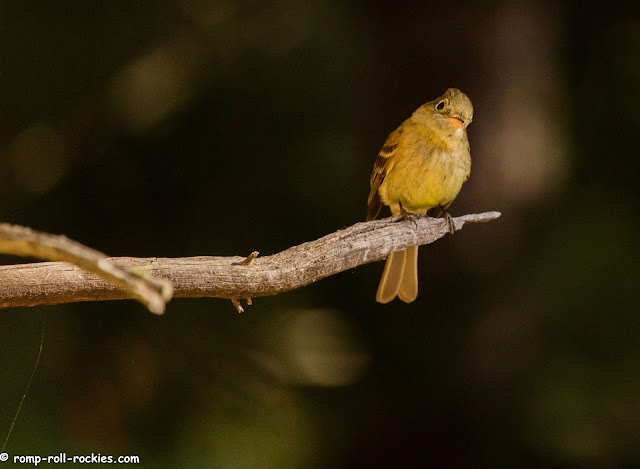 I was very worried for them when we evacuated, scared that they'd get burned up in the fire. Thank goodness that they didn't!

Just before the nestlings finally left the nest, one of the parents did something I've never seen before. He caught a butterfly and brought it to the nestlings. Sadly, it appeared that the babies rejected it because I found it fluttering on the ground below the nest later in the day. 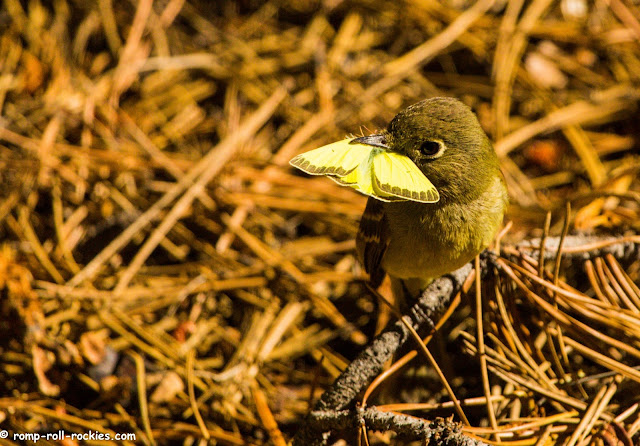 Finally, a few days ago, the babies took their first flights. The family is still in the area around our house, and I can hear the parents calling to each other. I know, however, that they will start moving further away soon. I miss them after they're gone every single year.

This morning, one of the parents perched where he usually did when tending the nest. He looked straight at me, gave a chirp, and flew off. I believe that was his farewell. 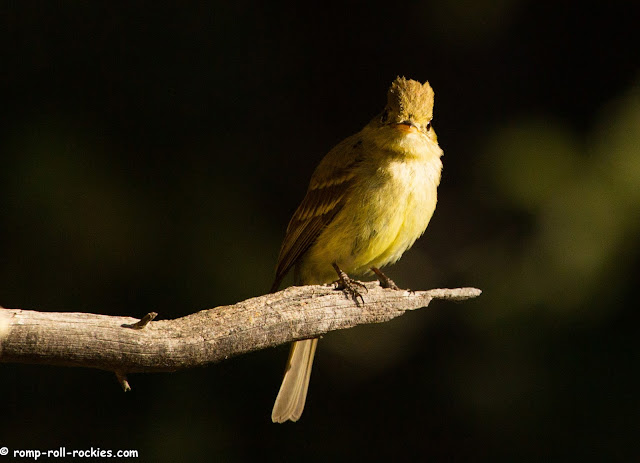 I hope that they have a safe migration and come back next year.
Posted by KB at 12:41 PM