I know it's only July but I am already seeing little signs of the changing of the season. Early the other morning. Shyla was lying in a sun puddle when I awakened, with her golden eyes glowing in the low angle sun. Sun puddles are a winter-time occurrence around here. What's up with that? 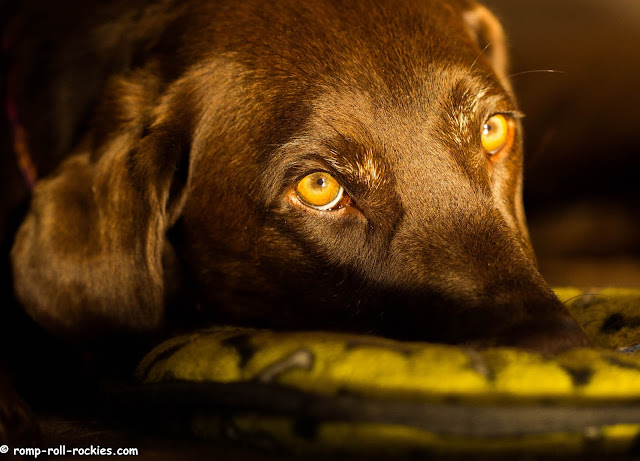 I'm not going to show you the other signs I've seen - the occasional yellow leaf and the late summer flowers that are already blooming due to our drought. I'll save those for later in the summer, when those thing should be appearing.

Shyla wishes you a Happy Summer Monday.
Posted by KB at 10:12 AM