Watching a Fire Blow Up

After evacuating, we slept in the LabMobile last night, well away from the fire. Now we are in the little town near our house, sitting outdoors at a coffee shop on an incredibly windy afternoon. We shudder with each gust, fearing that it's the one that sends the fire up the canyon wall to our neck of the woods.

The wind is terrifying but the fire personnel seem optimistic about their containment lines possibly holding. So far, our neck of the woods is okay.

I want to tell you a little about yesterday. It was not a normal day, even from the start. All eyes were on the fire, waiting to see what it would do. Early in the day before the wind picked up, helicopters dominated the firefight as they tried to protect individual homes and specific resources from the flames. I watched from a ridge just behind our home. 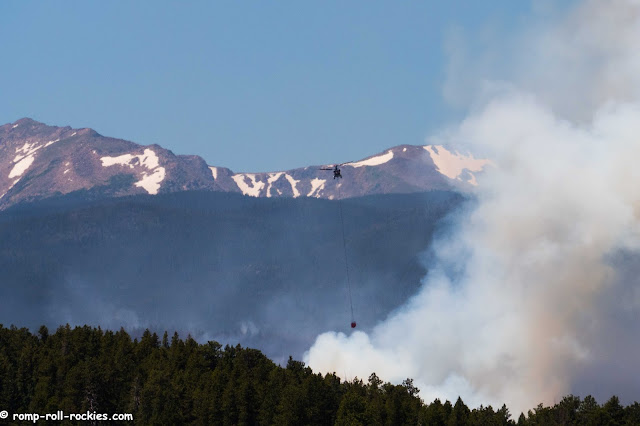 Then things got much worse to my eye. The helicopters had to drop way down into a canyon, the one between us and the fire, to drop their buckets of water. I started to worry more. 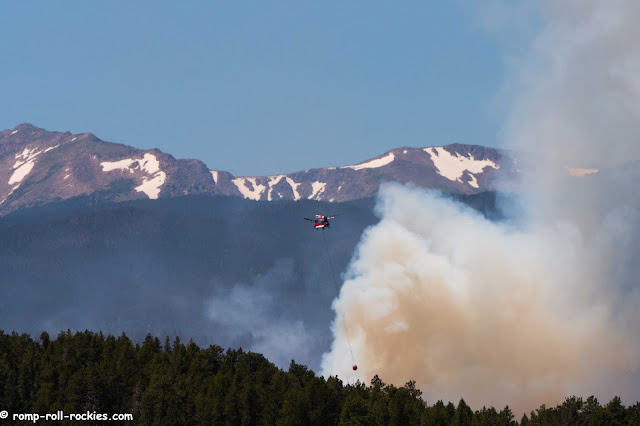 Then, all of a sudden, the wind blew and the fire exploded. I felt like I could hear it, a low foreboding roar, as it ate up trees and logs and headed toward us. 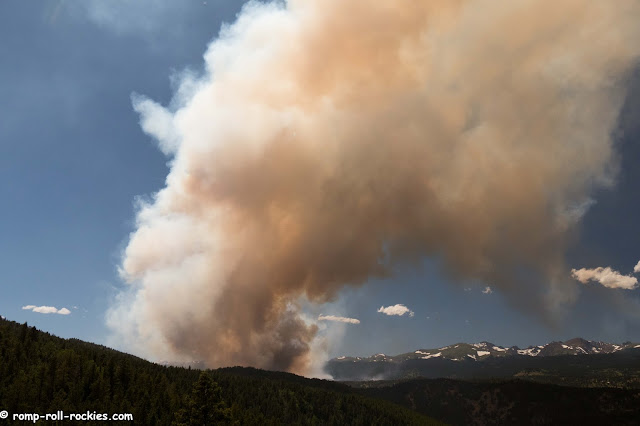 The slurry bombers, one of which was a 747 airplane, came and went like clockwork. They dropped fire retardant and seeds for after the fire on a line where they want to try to stop the fire. 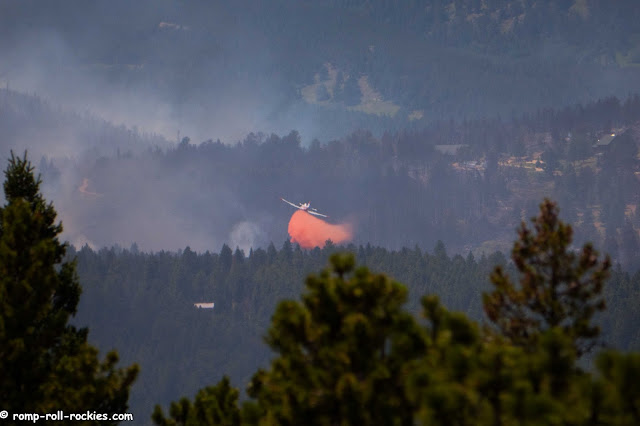 Then, as I watched, the fire exploded again. 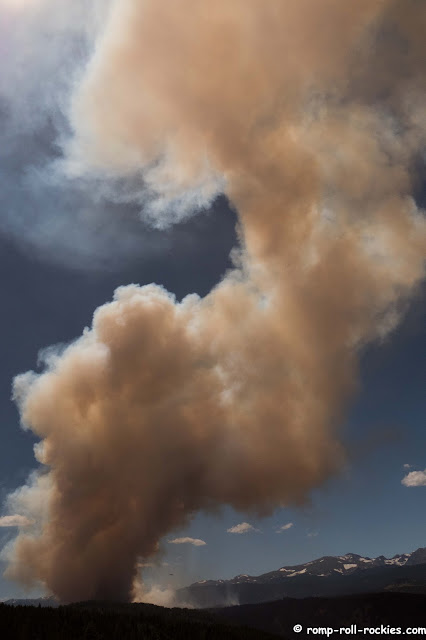 When I saw the sight in the last photo, I sprinted home. Our landline was out, probably due to the fire, but we'd just gotten notification to evacuate immediately. We had a "dress rehearsal" for this 4 years ago. On that occasion, a fire blew up very close to us, and we were told to leave immediately. On that occasion, I freaked out - I seriously was useless to the packing effort as firefighting aircraft flew over our roof. By the time we were ready to leave, the fire was out.

This time, we were ready. We were out of the house quite quickly, following all the protocols (close all windows, leave all lights on, turn off the propane tank, leave signs on all doors that people and pets are evacuated).

And now we are transients. We have tons of offers of places to stay but we're staying in the LabMobile, camping not too far from home. We're happiest this way, with the freedom to get away from the terror that so many in our town are feeling. We're even exploring some new trails that are near our home.

On the day before we left, I checked a trail camera that showed footage of a certain bear family that many of you are interested in because we saw the cubs on their first days outside the den. I'm going to try to post that for tomorrow.

After that, I don't know when I'll be back online again. Hopefully soon. The rumors are that the fire lines are holding and we may be able to go home soon. Thank you all for the POTP and wonderful comments. This is scary but having so many people thinking of us makes a big difference to my state of mind.
Posted by KB at 4:49 PM