Thankful for Shyla's Progress but still Hoping for More

Today is Thankful Thursday. I have mixed up feelings about the epilepsy journey that we've been on. On the one hand, I am incredibly grateful that Shyla's seizures are under control.

She can live almost her normal life, and we know how lucky we are that she's able to do that. We know how much more dire things could be. We are filled with gratitude that life is almost normal. 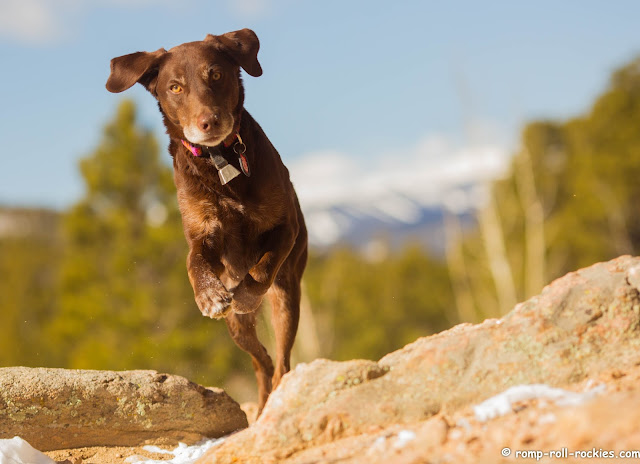 Most of the reason why her seizures are under control is that she's been taking phenobarbital for a couple of months. She hasn't had a seizure since she started it but she had a very hard time adapting to it. First, she was uncoordinated and almost drunken. Then, her enthusiasm for activity went into free fall. She was gradually returning toward normal in the weeks before our trip to the Utah desert.

While we were in the desert, I thought that Shyla was completely better. She seemed more energetic, happy, and carefree. She even learned to run happily in her boots! 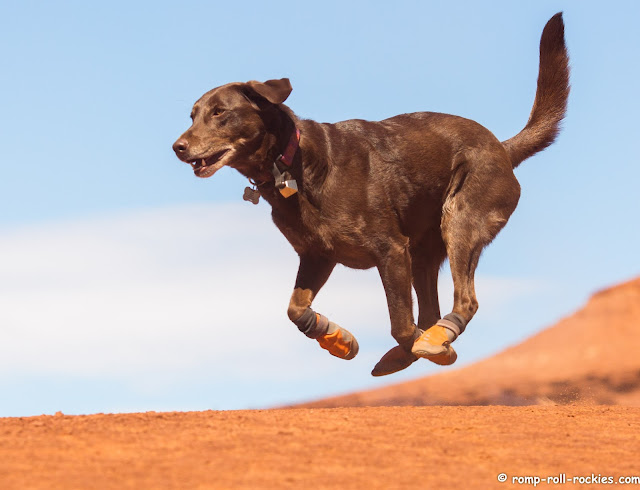 However, since we've returned home, I've felt as as if a small bit of her has gone missing again. It's mostly during our morning mountain bike rides that I notice it. It's a loss of enthusiasm. Usually, she starts out very happy but then becomes subdued. I had been attributing it to phenobarbital. 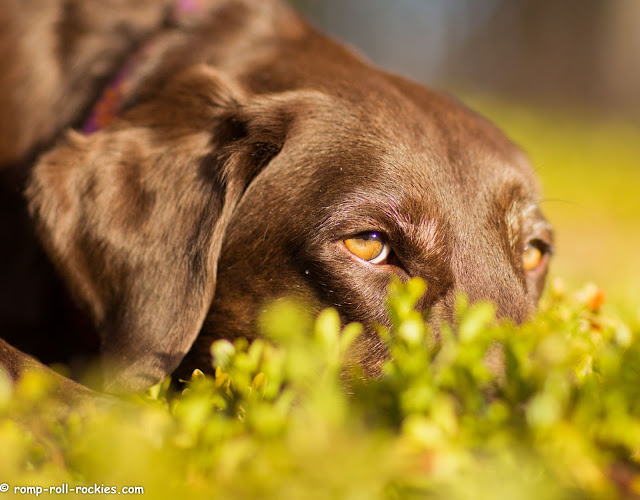 Then, my good friend suggested that it might actually be fall-out from the evil woman who hit Shyla during a mountain bike ride. For those of you who missed that story, a woman hit Shyla across the face with no provocation. I'd just given Shyla permission to "go say hi", because I mistakenly thought that the woman was one of our kind neighbors.

That incident hurt both of us very badly. Fortunately, Shyla seemed to be okay physically. However, the emotional toll has been bigger. She's more tentative in the forest, not romping exuberantly like she used to to do. Just recently, she has finally started approaching people again. Because 99.9% of my neighbors are wonderful people, they've been helping Shyla recover by being so kind to her when they see her on the trails.  She's now approached three women since the evil woman hit her. 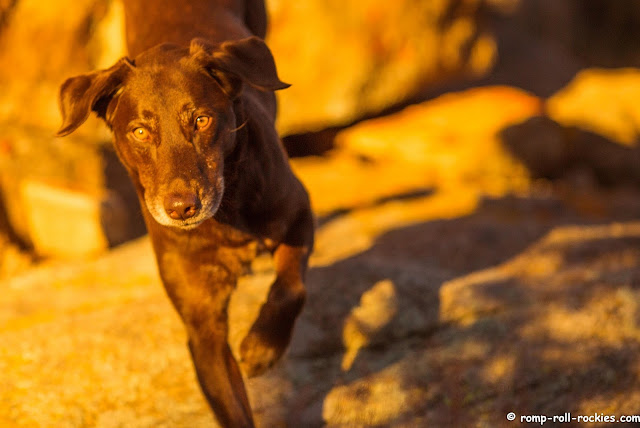 I'd be lying if I said that the event didn't take a toll on me too. A bit of history will help explain why it upset me so much. Many years ago, we had our first pair of Labs, Rover and Astro. To make a long story short, Rover was shot to death while we were hiking. The shooter was convicted of several charges, including a felony, but that didn't help heal me at all. It took me a long time and counseling to get past my inability to trust strangers and my fear of someone hurting another one of our dogs.

This recent event has shown me that the scar from that murder was not completely healed. Since the woman unexpectedly belted Shyla, I've been hypervigilant in the forest, always scanning for danger in the form of people who might hurt Shyla. I'm sure that she picks up on my anxiety, which is not helpful to her.

So, the question that I keep asking myself if whether that last piece that seems to be missing from Shyla, the exuberance factor, was stolen by the phenobarbital or by the woman who hit her. I'm starting to leaning toward the latter. 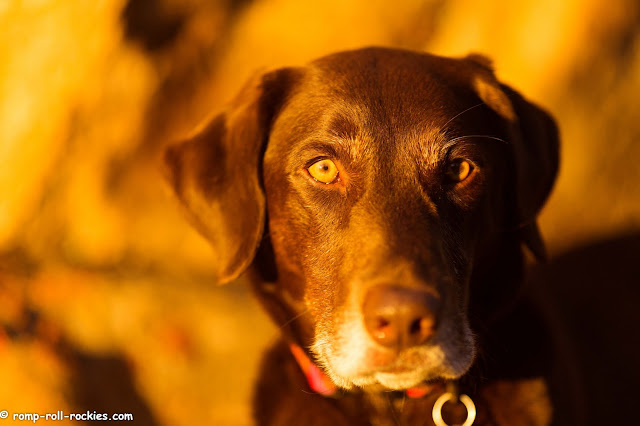 In any case, I am so thankful that Shyla's seizures are under control and that our sweet girl is generally okay. She's been through a lot in the past months, and I'm still hopeful that her full exuberance for life will return soon.
Posted by KB at 4:00 AM