A Bear Dances toward Hibernation

Most bears are snug inside dens at this time of year. However, at least one bear still is leaving tracks in our neck of the woods.

The most recent bear seen by my wildlife cameras was in late November. That bear was new to our area. He first appeared at a marking tree. He stood up to sniff the tree. 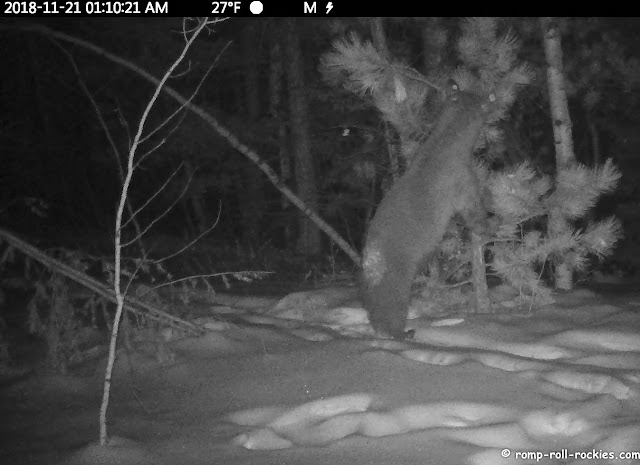 Look closely at the backs of his ears. You can see a light colored circle on the back of each ear. Those are ear tags. They indicate that this bear was caught misbehaving near humans. In all likelihood, he got into unsecured garbage or a bird feeder. Wildlife officials sedated him, put in ear tags, and relocated him to a new area. He will keep his ear tags for the rest of his life. Another episode of misbehavior will mean that he will be killed by wildlife officials.

That scenario seems about a million miles away when this bear is simply being a bear in the forest. After he sniffed the tree, the bear marked the tree but not the normal way. Rather than rubbing his back against the tree, he grabbed a branch to rub on his back without turning his back to the tree. 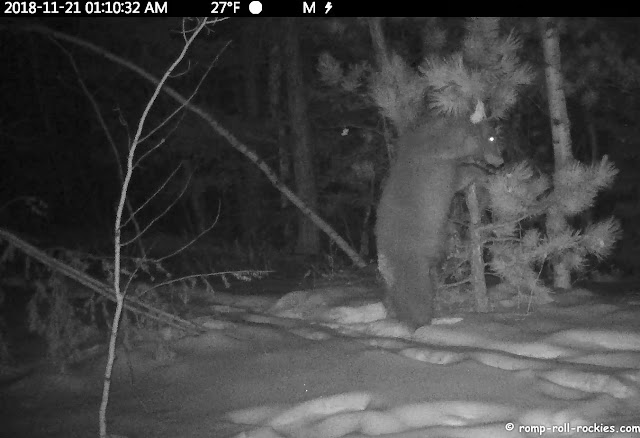 Soon, the bear was finished with that tree and walked toward the next one. 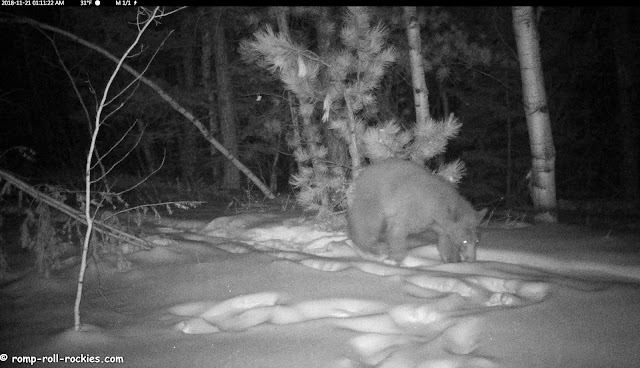 The next one was not far away. Our tagged bear marked this tree properly with his back to the tree and dancing as he rubbed his back all over the tree. 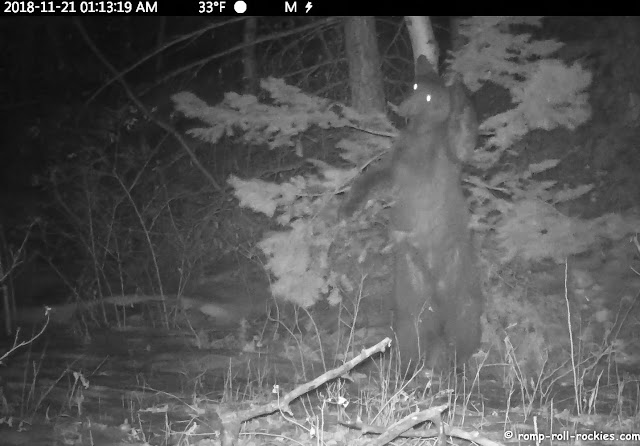 His next stop was a small pool of water that was mostly frozen on that night. He placed a paw on it as if to test how strong the ice was. 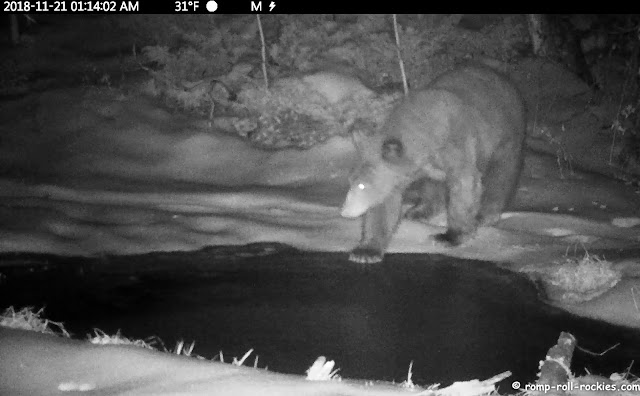 Soon, he turned around and began digging in the snow. We can't see what he was doing. However, when I was there, I saw that he nibbled on the remaining ground cover. It was a small snack. 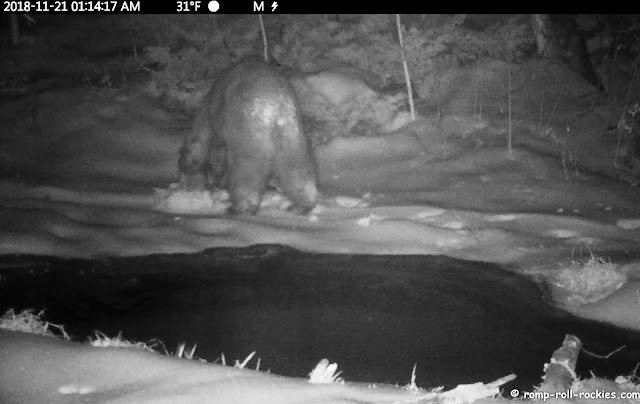 Before he departed, he broke the ice and had a drink. You can see (and hear) that on the video that is a compilation of the clips of this bear at each spot.