'Tis the season when I go through the year in photos to make my 2019 calendar. I thought that I'd share a few of my favorites from the first half of 2018.

I took both halves of our Duo fat biking with me one morning. I stopped to call them to me. Shyla was ahead but then R turned on his turbo burners to literally fly in front of her. I love this one because it captures R's personality so well. 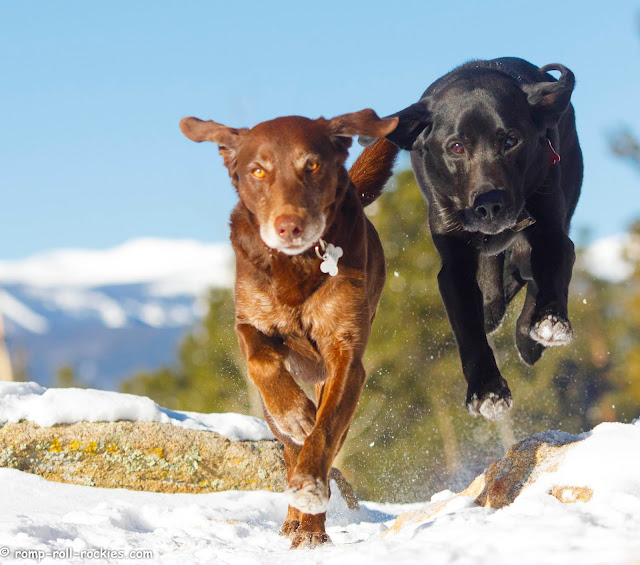 He did a similar move in the same spot a couple of months later with no snow on the ground. R does nothing halfway. He throws his whole heart and soul into everything. And, as you can see from the look on Shyla's face, his intensity almost scares her. 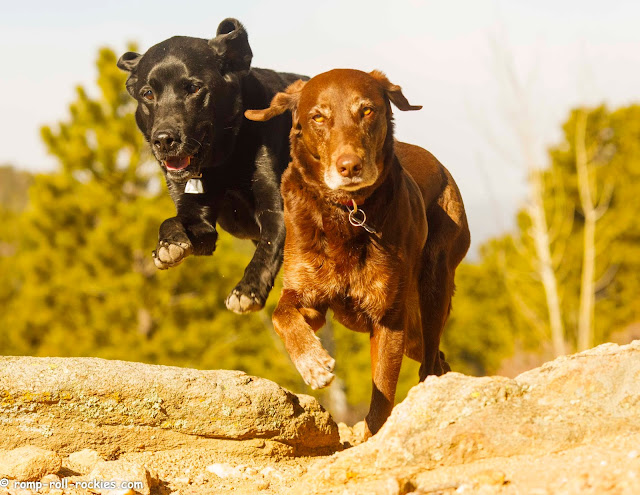 This photo was about a month later during our very early spring trip to the desert. I think that R looks so handsome and almost regal in the desert setting. The behind-the-scenes story is that he took off to stir up some mayhem in our campsite just after I clicked the shutter. 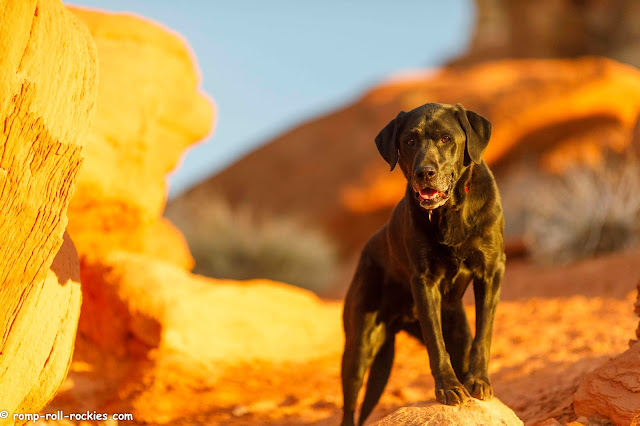 At around the summer solstice, we were out for a late evening hike, and I wanted to get a photo of the Labraduo in the setting sunlight. Just as I was ready to click the shutter, R shook - and you can see what happened. Shyla did not look amused! 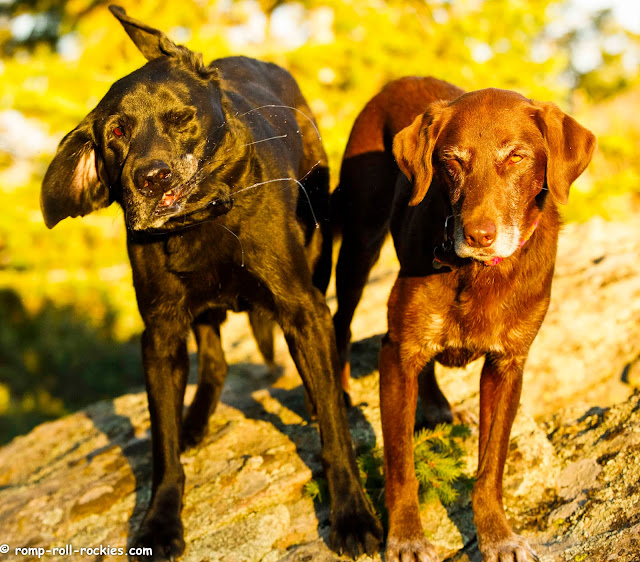 As I've been going through the photos, I am drawn to the ones that have R's eyes in them before glaucoma attacked them. This one was in a campsite surrounded by high wildflowers where we spent a week in early July. Purple lupines are in the background, and R's eyes glow so true. 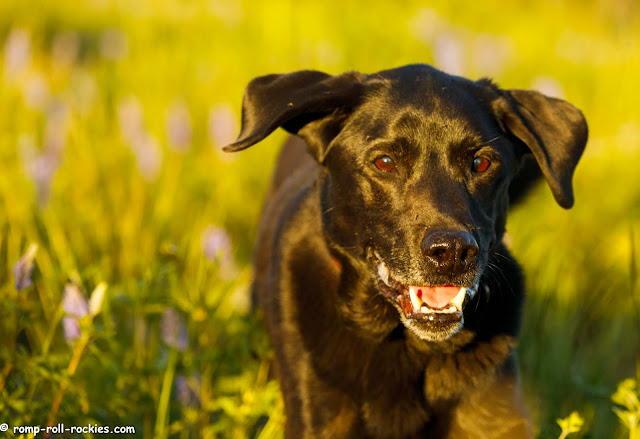 And, Shyla's eyes glow true in this one. 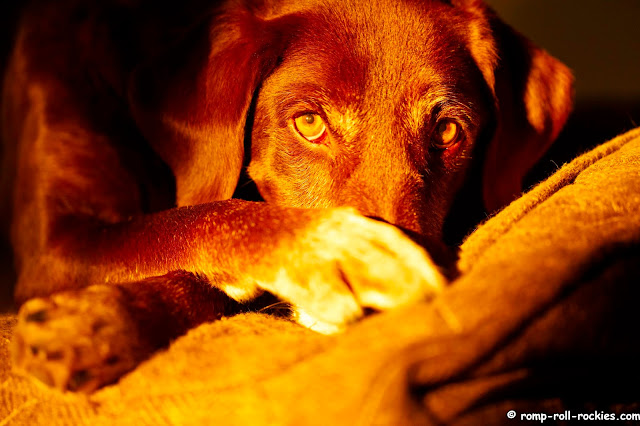 Like every year, 2018 had its ups and downs. R's glaucoma was a sad part but he is, yet again, teaching us that his spirit can soar no matter what. It is likely that he'll completely lose his vision in the future but he has shown us that he won't lose his love of life.

I am continuing my journey through my photo library, and I'll almost surely have more to share in the near future.
Posted by KB at 4:00 AM