Christmas Bears outside our Windows

On Hachi's very first night with us, we had a surprising visitor - a bear! He was a smallish guy. The white pole that his paws were on was a bird feeder holder. It's a metal pipe sunk in concrete. It's about 10' tall, and it has horizontal branches sticking out from its top, each of which holds a feeder. 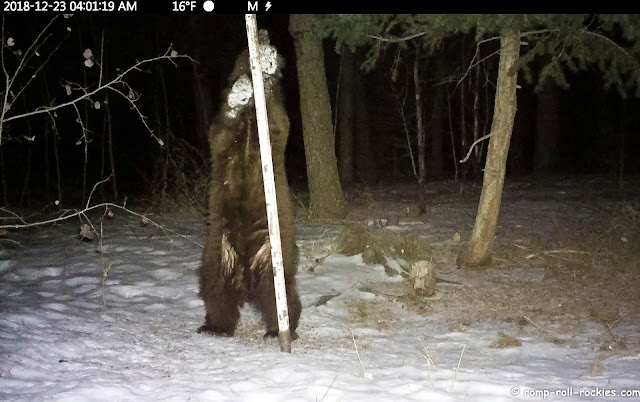 This feeding station has held up to many bears, including the huge Tiny, over about 15 years.

The 12/23 visitor was looking reasonably fat and healthy. He spent a long time trying to get to the feeders that were way over his head, 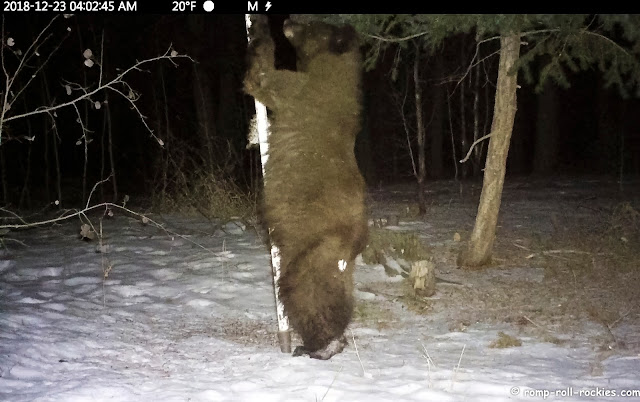 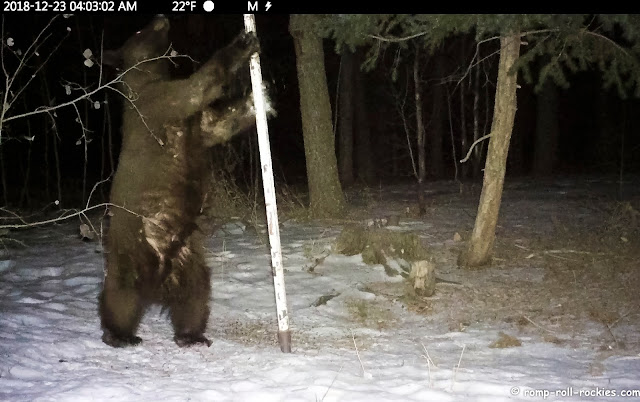 The next night, a different bear visited. He was a male with ear tags. Those tags mean that he's been in serious trouble (usually involving trying to get to food near human homes). If he's caught again he'll be killed. He didn't try too hard to reach the feeders but he did give my cam quite a state! 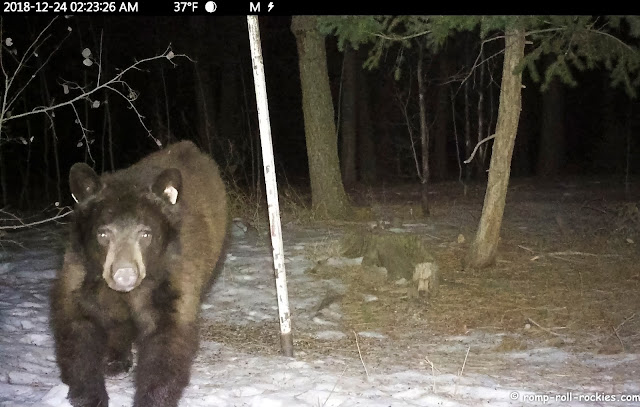 I suspect that the bear with ear tags was relocated into our area back in early December. I don't know why he's still awake, except perhaps that his whole routine was turned upside down when he was moved.

A factor for both bears might be that they are finding accessible human food. That can make a bear choose to stay awake rather than retire to a den.

Here's the video of both bears' visit to our yard.