At one of the longest-term cat scent posts, a mountain lion marked back in early November. As he kicked back with each hind paw, he also left drops of urine. 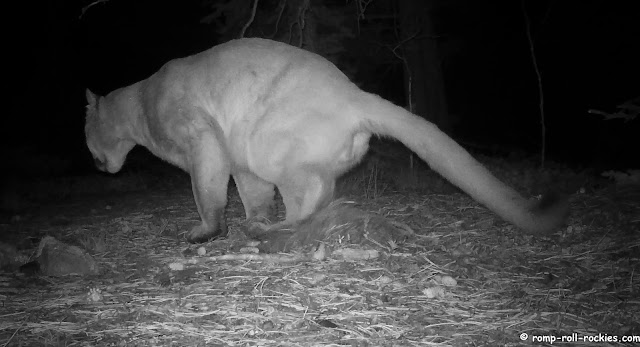 His hind paw kicks were so storng that he left a big pile of pine needles when he was done. That pile is still obvious and could last well into 2019. It provides a visual landmark for where he marked so that we can understand what other animals are investigating. 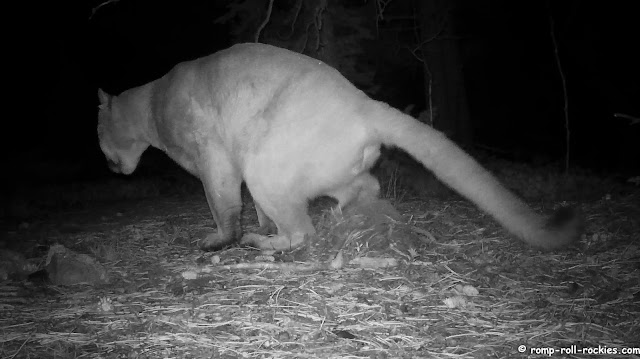 A bobcat came through about three weeks later. He made a dramatic entrance that highlighted his tail. 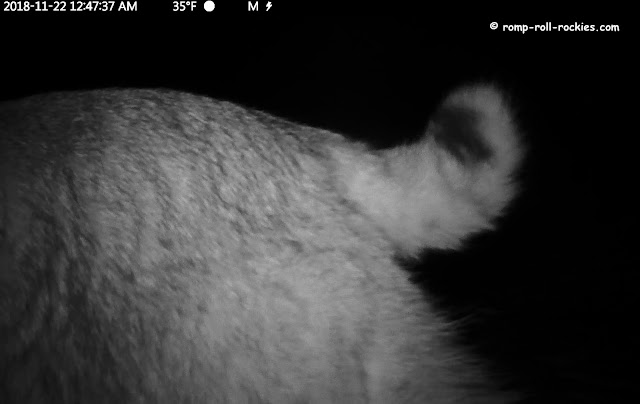 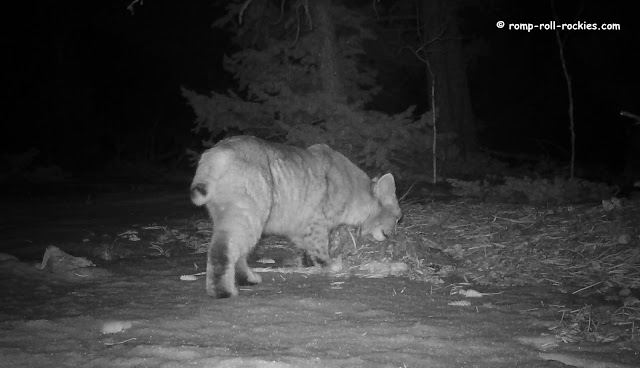 It's a pretty dramatic size difference, isn't it? The mountain lion probably weighs five times as much as the bobcat. Yet, the bobcat calmly sniffed the lion scent and examined the whole area without signs of fear.

I made a brief video of the visits by both of these cats to this scent marking area. You can see the mountain lion mark and then the bobcat investigate the area almost three weeks later.