It is downright astounding how fast moose have taken over our neck of the woods. I see them a couple of times every week when I'm out on my bike. 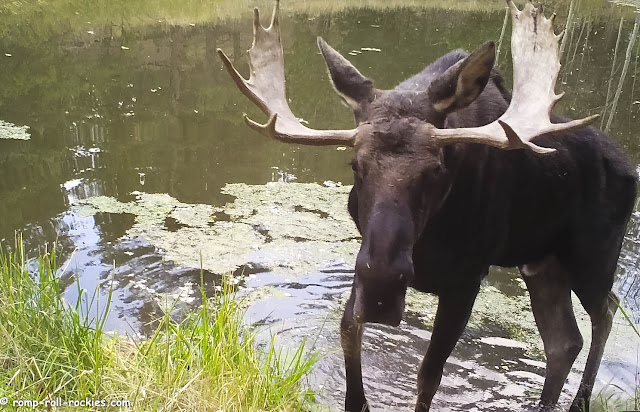 When they first appeared in our area, we saw primarily cow moose. Over the past year, bull moose have moved in, and they are the primary ones who I see now. Some have big racks! 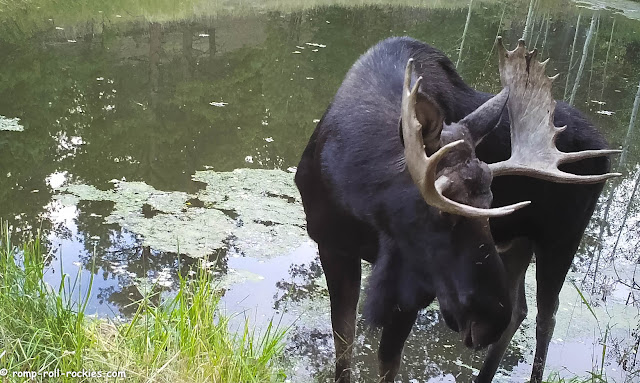 I now have some confidence that I can read a moose's mood. I met this guy on a bike ride with Shyla. Shyla was behind me saying "Let's turn around RIGHT NOW". She was right. This guy's posture says not to mess with him. He was staring at me without the slightest bit of softness to his expression or posture. We turned around and rode a different way. 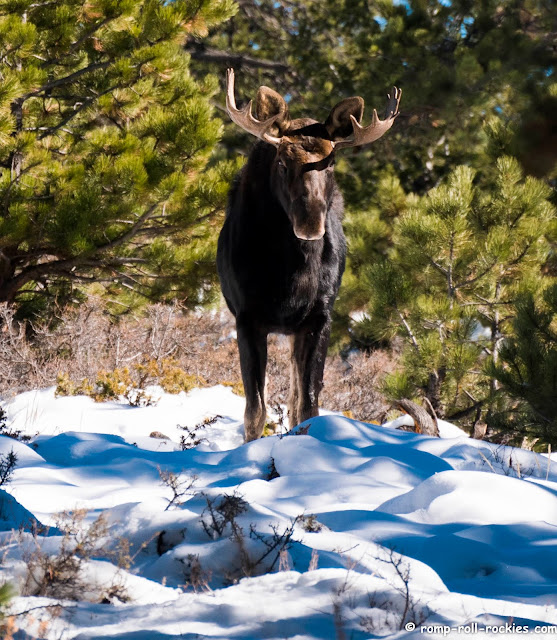 Shyla is an amazing "moose alert dog". She can smell them long before I can see them. She stops in the trail and refuses to move forward. I've learned to listen to her advice.

In contrast to the confrontational moose, this guy was spying on me while I checked a trail cam. He stayed partly hidden by the tree and occasionally nibbled on the branches. I only noticed him because he snapped a branch that I heard. I calmly checked my cam and then departed. He wasn't looking for a confrontation. 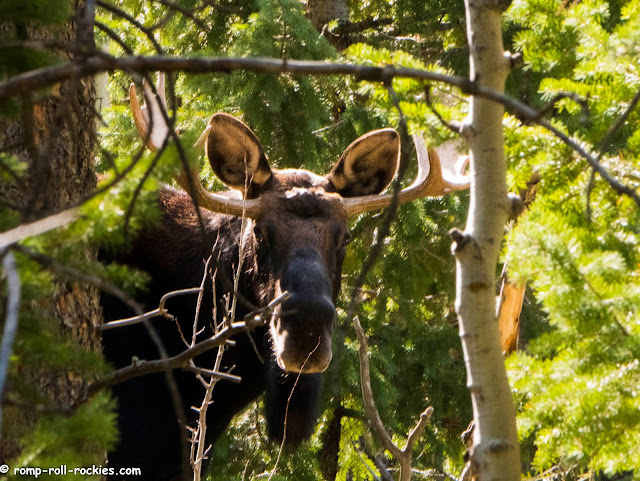 I have a trail cam by a pond where moose visit frequently. A mellow pair of bull moose dudes showed up in late October. 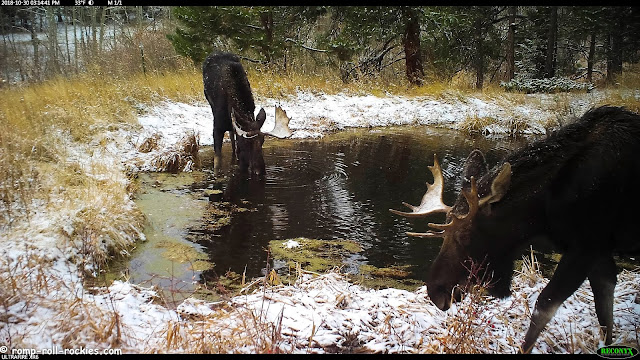 They hung out companionably at the pond. Their body language made me think that they really enjoyed each others' company. 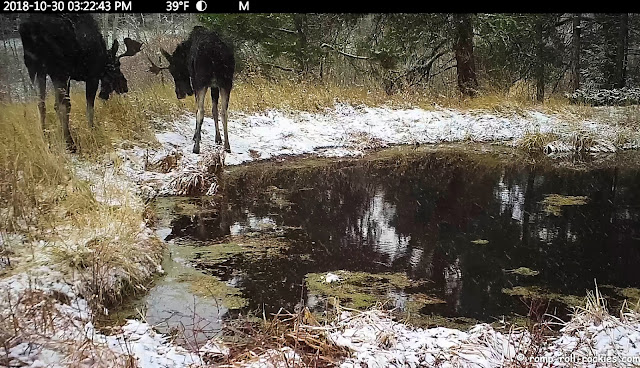 They eventually departed but not before one moose made a funny face for the camera. 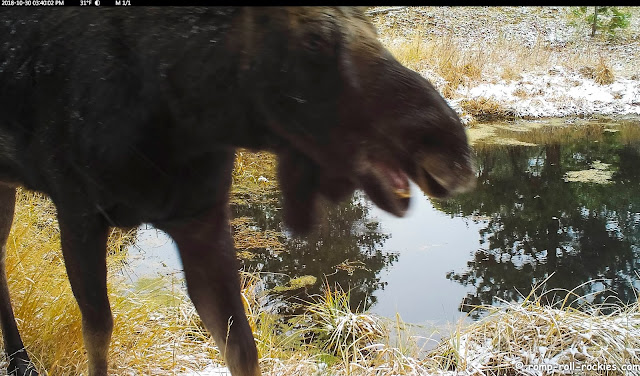 Then, a little later in the autumn, the pond iced over. A young deer, likely a yearling, arrived. He probably had never seen ice before in his short life. He went out on the ice, broke through, and then panicked. He was strong and fast enough to get out but it was a furious few seconds of effort.

That's included in a short video of the moose dudes and the flailing deer for you today.