Our Black Dog had some painful days in the desert. I guess that the slowing down comes with being twelve years old. Despite knowing that, it still hurts my heart when our Black Dog's usual sparkle is not at full strength.

One thing that brought us joy was to see R's absolute crazy happiness when he played with me and Shyla on Shyla's Mesa. We've played on that flat-topped high point many times over the years. When we first arrived at the nearby campsite, I thought that there was no chance that R would want to participate in play on the mesa. But I was wrong. I let him decide, and his choice was play!

He ran with all his heart as Shyla chased him. 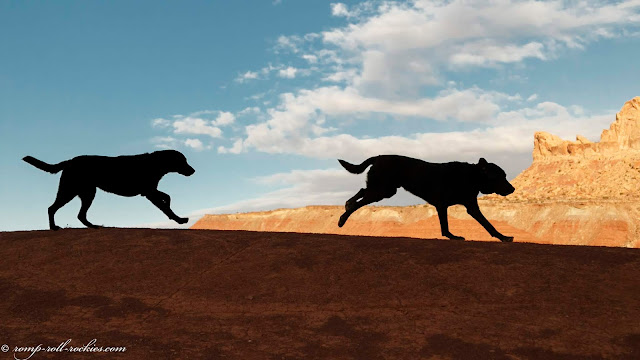 His running was as beautiful as ever. My eyes filled with tears a few times. I love our Black Dog so much. I want him to be able to run forever. 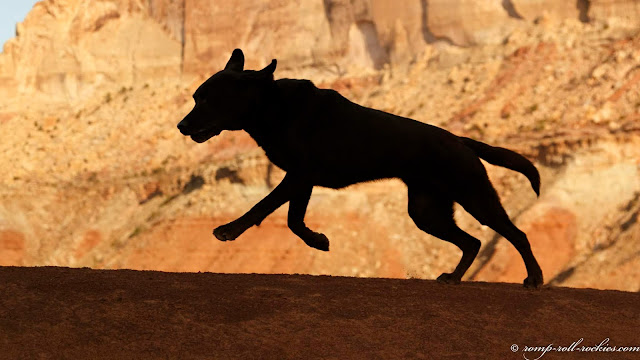 At the end of one play session, I wanted to get a photo of the Duo. They decided to serenade me as I clicked the shutter. 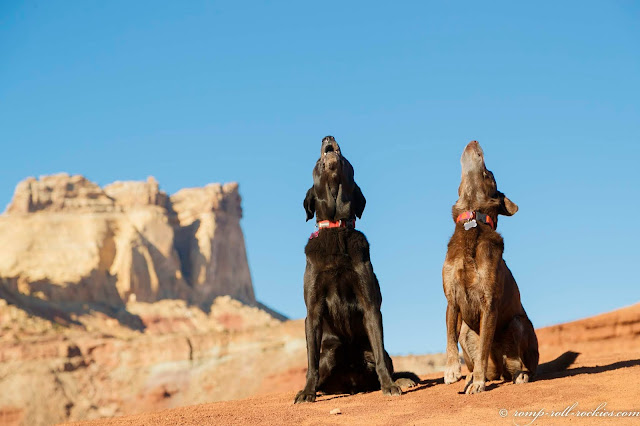 It was a hilarious end to a fun morning on Shyla's Mesa!

Happy Black Dog Sunday.
Posted by KB at 4:00 AM