My trail camera recorded an astounding sight - a mother mountain lion with three kittens almost as big as her (October 2, 2019). 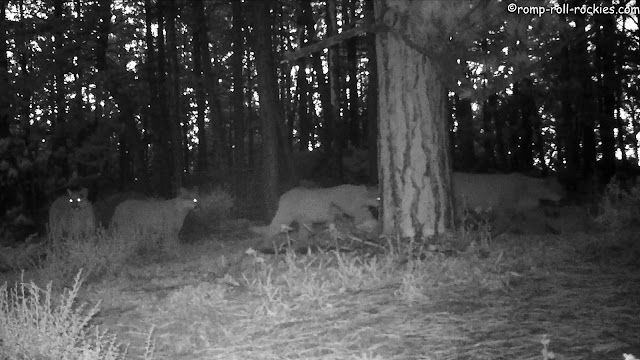 I had to pause and take a deep breath when I first saw this large family. That's a lot of cat, and they were out in the forest only slightly after we were out on our sunset hike. We weren't far from them. Wow. Thank goodness that they stick with non-human and non-dog prey.

I'm going to guess that these kittens are a year old or so. That mother has had to do so much hunting and very hard work to bring all three of them to the cusp of adulthood. She has to kill lots of prey every week to feed all of them. And, she has to somehow keep all those kittens in line - that's a lot of "cat herding". She is incredible!

I thought that I might only glimpse that family once. But I was wrong. They visited a water hole a couple of weeks later. Around the water hole, the ground is always wet. In the video, it's hilarious to see the big and powerful cats shaking off their paws as if water is scary - I guess that getting wet wasn't on the agenda. 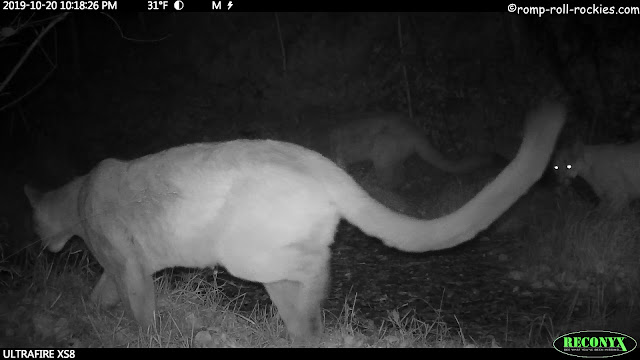 Check out the video if you have time. It's rare to get to see so many mountain lions together.