Hachi has had, overall, a great week. He's been relatively mellow and friendly. Most days, the reduction in his anxiety since he started Paxil is obvious. Most importantly (ha, ha), he's become really good at waving to me! 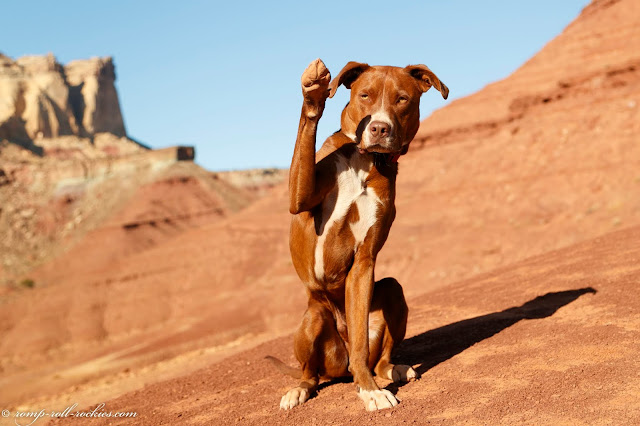 The only not-so-good part of the week was that on Saturday evening, I could feel Hachi's anxiety ramping up. I don't know why he was stressed but his sharp uncontrollable barking was undeniably anxiety-related. We thought that he was more relaxed Sunday morning but then he went after R during a run. He might have been resource guarding something edible on the forest floor but it was hard to be sure. They were both on leash so Hachi was quickly pulled off of R. That scuffle sure was deflating to me.

Now he's back to being a mellow and nice dog. I wish that I knew why things changed for about 18 hours. 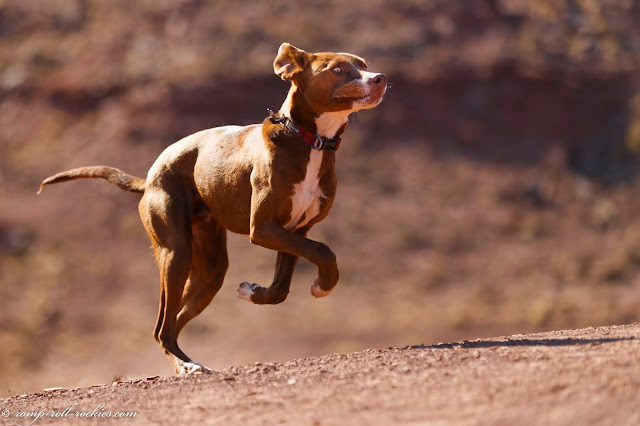 While we're waiting for his new meds to stabilize,  I've been working on simple counter-conditioning goals with Hachi  - teaching him to tolerate a coat and teaching him to be comfortable with us touching his front limbs (and eventually paws). I've spent the most time so far on the coat. He started out scared of even seeing the coat 6 weeks ago, and  he's now wearing it for very short time periods indoors without seeming scared. He's a dog who hates having things like coats or harnesses touching his body. We still have a distance to go with the coat but it feels like he may someday be capable of wearing one without being terrified.

That's good since it's sometimes very cold, even during our desert trips. 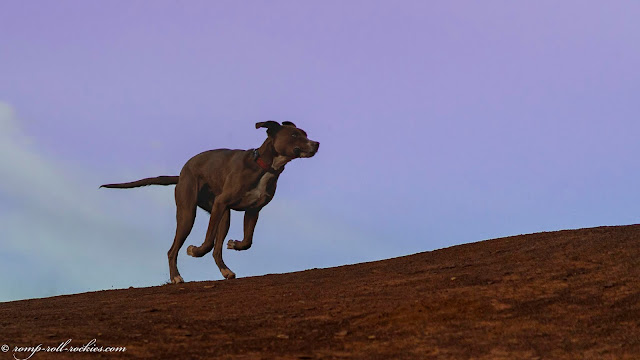 So, the vast majority of the past week was good. I'll chalk up the difficult 18 hours to him adapting to the new meds. It's hard being patient but this "little" guy is worth it.
Posted by KB at 4:00 AM