The mountain lions have been coming through our neck of the woods at a very fast rate. That's not too unusual for this time of year.

What is unusual is recording footage of courtship between two mountain lions. Our biggest Tom Cat was in a usual haunt where he marks his territory. But, he was not alone. A second cat was following him. She was smaller and seemed to pursue him.

She walked low to the ground and rubbed her body against his. He'd walk away, and she'd follow. She made cat snarling noises that I've never heard in our forest before. I believe that this is mountain lion courtship.


At the first site where I have footage of them together, she crawled under him. He almost stumbled as he tried to do his scent marking around her. 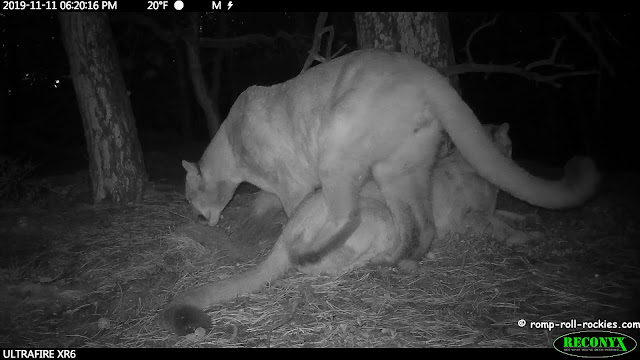 As he marked at another site, she laid down next to him. 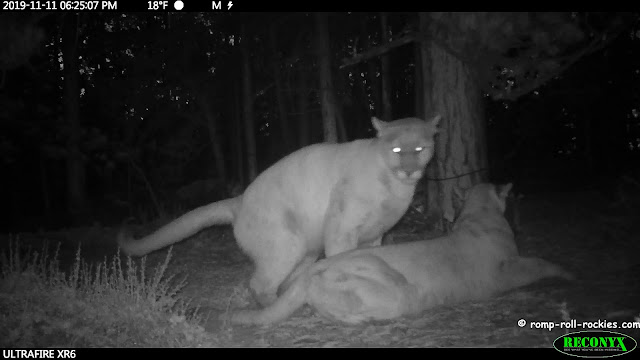 I have a short video of the two of them. Be sure to have your sound ON. The noises made by them are priceless. This is some of the coolest footage that I've ever recorded.