Our Black Dog has been in some pain recently so we thought that a big snow storm might not be a welcome change for him. We were wrong.

We had a huge dump of snow this week. It snowed and snowed and snowed. In the end, it seems that we were in the bull's eye of the storm and got more snow than most surrounding areas. Our total seemed to be about 32".

This was the view from our bedroom at dawn on the day after the storm. 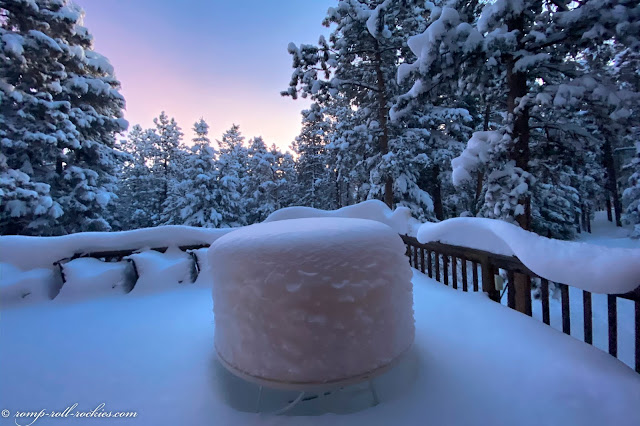 A couple of days before the storm, our Black Dog had started a new NSAID to help with the pain in his elbow and spine. However, we still thought that he might not want to play in the snow. I tentatively took him outside, planning to let him do what he wanted - which I expected might be standing around for a little while. 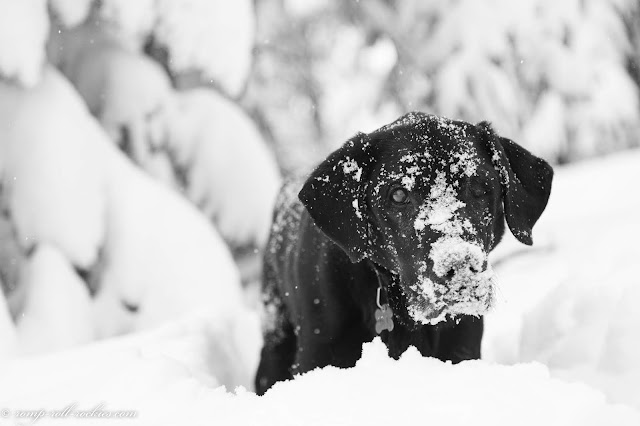 I was joyfully wrong! He wanted to run through the almost bottomless snow. I whooped. 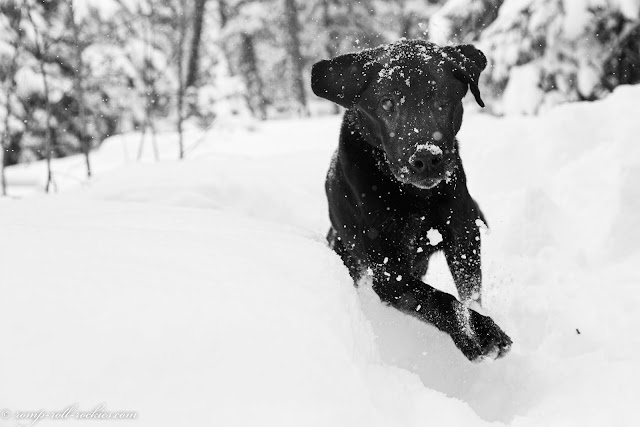 When I encouraged him to take it easy, he ran instead. He dove into the snow a couple of times, ending up with snow stuck on his face. 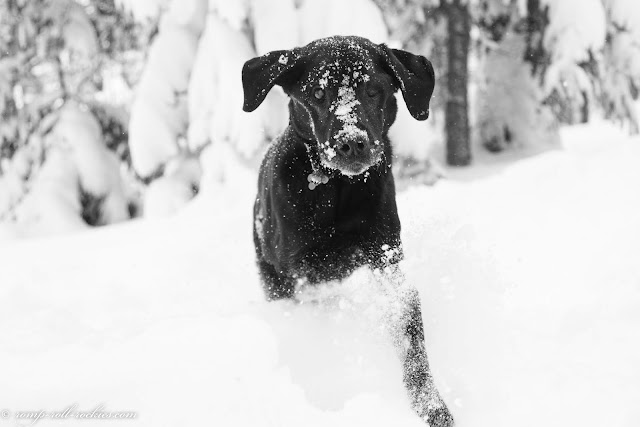 Then, I told him that it was time to go inside. He tried to hide in the snow. 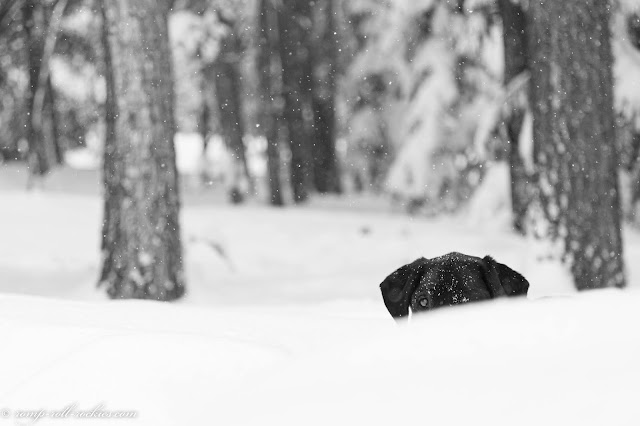 He has felt good all week since starting the new med. It makes us both so happy to see the bounce in his step and the sparkle in his eye.

Happy Black Dog Sunday!
Posted by KB at 4:00 AM