It was exceptionally early this year because our intense winter weather started early. Way back on 9/19, a bear who we followed last year took a bath. And no other bears took baths in any of the water holes that I monitor for the rest of 2019.

You may remember this dapper little guy from last year. He started out all blond, and then his winter coat came in black. 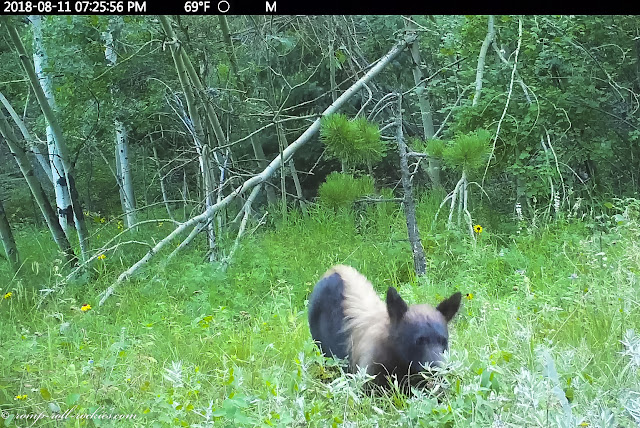 Here he was about 3 weeks later. His blond section was getting smaller. 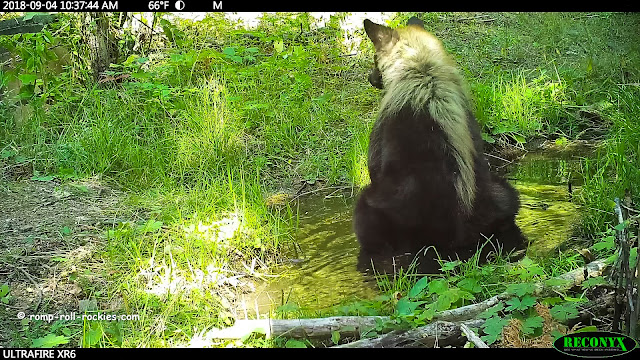 And then, at the end of September, just before he went into a den for the winter, you can see that he was almost all brown. 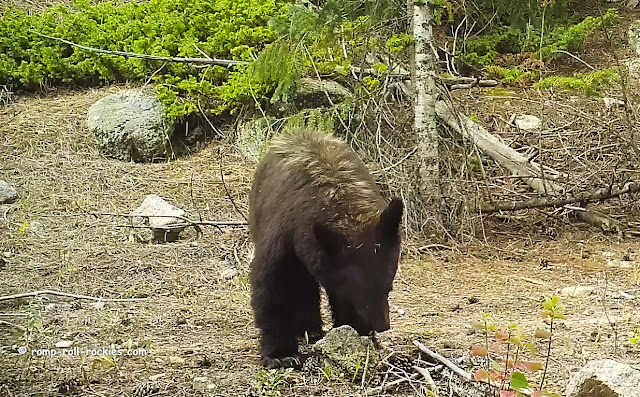 I never named this guy because he was clearly young so I wasn't sure if we'd see him again. But, with him back again this season, I think that he should have a name. "Mohawk" is already taken by the mother bear with two cubs from this season. Do you have other ideas? I am coming up blank.

Here is footage of him taking a bath. He's grown a lot in the past year, and he's got only a sliver of blond along his spine. I also have footage of him from other sites which shows the blond better. I'll share those in the future.